To have your statue in London, it is better to be an animal than an admirable woman

Where are the women ? From Washington to Paris via India, their under-representation in the public space is well established 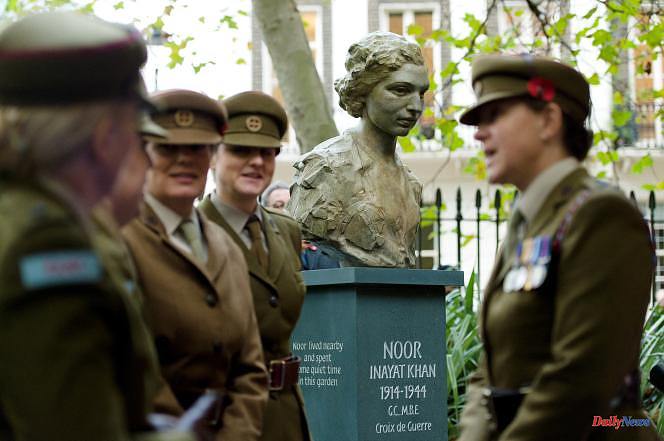 Where are the women ? From Washington to Paris via India, their under-representation in the public space is well established. But London is the first city to take the measure. Not surprisingly, a study published on October 21 by the British cultural organization Art UK revealed that the vast majority of the approximately 1,100 statues adorning the public space of the capital of the United Kingdom were dedicated to men. More surprisingly, on the other hand, while about fifty of them pay tribute to famous women, almost double – 8% – are devoted… to animals. People of color represent only 1% of the sculptures of the megalopolis, and women of color 0.2%.

For four years, Art UK has been working to compile an inventory of London statues as part of a major research project, partly funded by the Labor Town Hall. “Men wrote history. (…) The accomplishments of women have been made invisible even though they were achieving incredible things”, explained in 2017, in an interview with the site Equaltimes.org, Bee Rowlatt, author and president of a campaign to pay tribute to Mary Wollstonecraft, one of the pioneers of English feminism.

Terri Bell-Halliwell, founder of inVISIBLEwomen, an organization that campaigns for equal gender representation in public space, saw it as a subliminal mark of patriarchy "convincing us all that men are the only ones who deserve to be admired". Especially, she adds, this lack of representation of deserving female role models makes women and girls feel "marginalized and unrecognized".

According to statistics from inVISIBLEwomen, there are sixteen times more statues of men than of women: “And if you took Queen Victoria out of the equation, the numbers would be much worse. In 2020, the Public Statues and Sculpture Association began listing all statues of women except members of the royal family. So far, she has only counted 119 female statues in the UK.

In the wake of the Black Lives Matter movement and the death of African-American George Floyd at the end of May 2020, questioning and introspection have swarmed the UK around the country's colonial past and its representation in public space. In June 2020, protesters in Bristol toppled the statue of Edward Colston, a 17th-century slave trader, and threw it into the River Avon.

It is in this context of tension that the Mayor of London, Sadiq Khan, announced in February 2021 the creation of a commission for diversity in the public domain. The latter has a budget of one million pounds sterling (approximately 1.182 million euros) to create new monuments which "better reflect the diversity of the capital and the achievements of all those who have contributed to the success of the city ".

But for Tory Jacob Rees-Mogg, the leader of the House of Commons – the minister responsible for relations with the House of Commons in the government – ​​this commission is nothing but a collection of "crazy leftists" and determined to destroy the local heritage. What does it matter if Aindrea Emelife, a 27-year-old art historian, one of the members of the commission, had insisted to the daily newspaper The Guardian: “It is not a question of knocking down statues. »

Still, even when it comes to celebrating women, London has long been conservative. The capital has certainly evolved by honoring Mary Seacole, a Jamaican-Scottish nurse known for her personal involvement during the Crimean War and one of the few women of color to have a statue, or Noor Inayat Khan, a Muslim from Indian origin sent on a mission to France by the SOE (Special Operations Executive, a branch of the British secret service during the Second World War). Captured, she was executed at the Dachau concentration camp.

Since 2008, a bust of Violette Szabo, a French resistant SOE agent, has stood outside Lambeth Palace, opposite the Palace of Westminster. In 2014, three years after the singer's death, a statue of Amy Winehouse was unveiled in Camden Market in the presence of her parents.

Paris is also trying to catch up

On the other side of the Channel, the situation is no better. Paris has several hundred statues erected in the public space, representing mostly male figures.

For a Berty Albrecht, one of the six women companions of the Liberation, or a Maryse Bastié, a French aviator, most of the fifty or so illustrious women represented in the capital are made up of historical figures – five Joans of Arc, two Saint Geneviève –, mythological and allegorical figures – like the Republic or Justice – or George Sand, Sarah Bernhardt, Edith Piaf and Dalida.

Like London, Paris intends to do justice to forgotten women: on September 26, 2020, the socialist mayor, Anne Hidalgo, inaugurated a garden in homage to Solitude, historical heroine of the resistance of the slaves, who fought against the restoration of the slavery in Guadeloupe at the beginning of the 19th century. A statue should follow: the first honoring a black woman.

1 The misadventures of an Instagram influencer to evacuate... 2 Detention center for migrants, the other face of the... 3 Dani, singer, actress and 'Paris by night'... 4 Ivana Trump, Donald Trump's first wife, has died 5 Actress Charlotte Valandrey dies after another heart... 6 Death of Monty Norman, original composer of James... 7 Billionaire Lily Safra, widow of banker Edmond Safra,... 8 Ex-president Echeverria, prosecuted for the "dirty... 9 'The Sopranos' star Tony Sirico is dead 10 'The Godfather' actor James Caan is dead 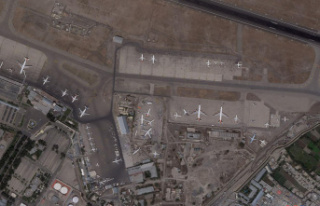