Marc Madiot - How do you approach the cobblestone stage this Wednesday between Lille and Arenberg? </p> "We should not dramatize and we must avoid punctures and falls. 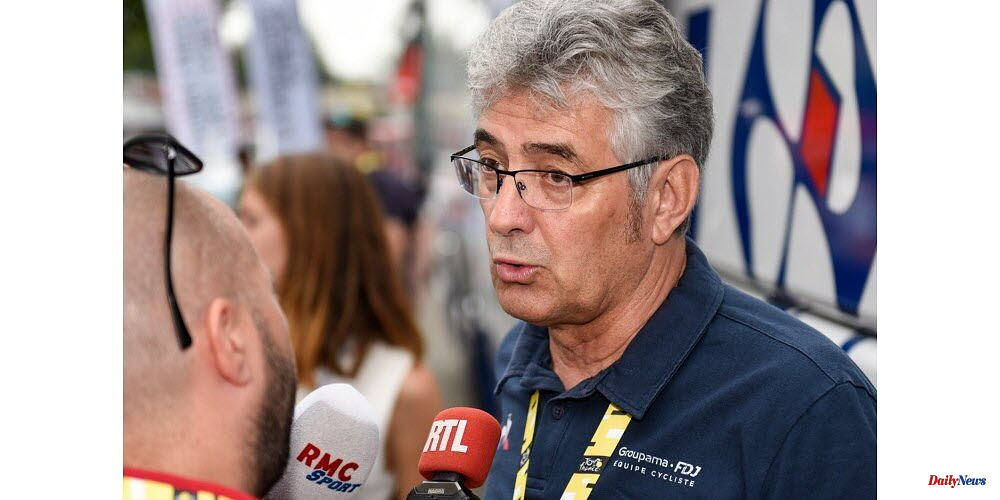 Marc Madiot - How do you approach the cobblestone stage this Wednesday between Lille and Arenberg?

"We should not dramatize and we must avoid punctures and falls. It is fine to have a tight-knit team that you avoid, otherwise it will be fine.

Do you support the Tour de France cobbles?

"Every year, maybe, but once in a while why not?" It is part of the bike. It is used to market the race and make it memorable. Only those who experience a puncture, a fall or other difficult situations are at risk. You should be careful on your bike and not too clumsy. This is a stage that is more for leaders than it is for the attackers. It's a great way to get people talking, and that's what the game is all about.

This is the perfect ground for Jumbo-Visma's team to tackle Tadej Pogacar.

"Pogacar is doing well on the cobbles!" He might even do better than (Primoz. Roglic, (Jonas. Vingegaard), or even the Ineos runners. That side I would say a draw. Even though the Pogacar team may appear slightly less competent on these terrains, it may be even better in the mountains, I believe it can still respond to each other's attacks. They can even counter them. You can also attack if there are Ineos or Pogacar in the area. If you have an incident ahead of you, you will be attacked by the attacker. There is always an instinct for survival to ensure the win for both the leader and the team. Weather also plays a part. The years with a lot of damage are those that were wet. It should, according to a priori be dry.

What's the difference between Paris Roubaix and a Tour de France stage made of cobblestones?

"On Paris-Roubaix there are only a few more cobblestones. This is something that should be left to specialists. We are here for racing and one goal is to win. The Tour is a three-week stage. We don't have the same mental approach. There's also a completely different peloton because half the Tour participants aren't on Paris-Roubaix. Perhaps even more. There is a new approach and greater anxiety because some of the peloton are not used to this type of race. It's almost like putting Formula 1 drivers into a rally car, or rally drivers into an F1 Grand Prix car. There would be zigzags sometimes. This is the problem with the Tour stage and the cobblestones.

This stage will be simpler, and there will be fewer cobbles than Paris-Roubaix.

These are in excellent condition. Arenberg is not something we do. We could, but not. The organizers are still cautious about the cobblestone stage. Although it attracts attention and interest, it should not be a Berezina-esque event for everyone. Save the goat and the cabbage.

It's bound excite the whole world and the peloton especially. Some comments were made about the first three days of Denmark. It almost felt like analysis was all there was to it. Nothing happened. You can be sure that there was tension and fear in the cars as well as in the peloton. At the end of the stages in Denmark, I was talking to some of my colleagues. They said that no matter how big the teams were, there was tension. The concern is that you can lose everything and still be able do something. The problem with the Tour de France's beginnings is that we are placed in traps. However, if we don't have the minimum amount of success while still doing all the next steps, we could lose our entry into the race for entry. Another thing is that we don't like going to the hospital in the first few days of racing. It is very good, even though we didn't go there. It isn't very serious, even though it can be a bit boring on the sofa.

1 Policy. On Wednesday, the entire Nupes will present... 2 Environment. EDF boasts a nuclear fleet that is "ready... 3 They invest in "medtech" and they innovate. 4 Monkey pox. There are four times as many cases in... 5 Simon Dobbin: Seventh suspect in the football fan... 6 Norwich woman warns to get rid of 'dangerous... 7 The law prohibits Christian-focused RE in Northern... 8 Budget for Northern Ireland: Robin Swann warns against... 9 Man is questioned about 40 car thefts 10 Miscellaneous facts. Savoie: Travelers settle in the... 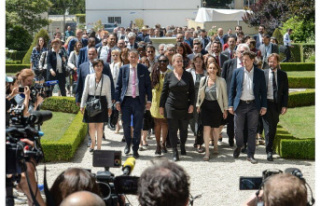