Tour de France: Vingegaard dominates the mountain and gets closer to victory in Paris

Vingegaard reached the finish of this last mountain stage alone, ahead of the title holder, the Slovenian Tadej Pogacar, who lost more than a minute. 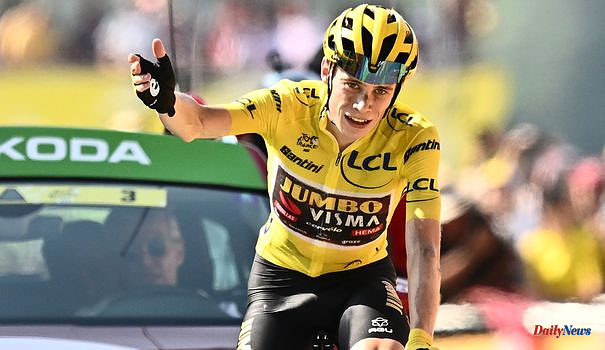 Vingegaard reached the finish of this last mountain stage alone, ahead of the title holder, the Slovenian Tadej Pogacar, who lost more than a minute.

During the stage, Pogacar fell on the exit of the turn in the descent of the Col de Spandelles. He was expected by his Danish rival whom he thanked for his gesture.

Vingegaard, 25, took his second success since the start after his coup de force from the Col du Granon, in the 11th stage.

At an altitude of 1520 meters, the Jumbo team took the honors under the gaze of the President of the Republic Emmanuel Macron, who came to watch the final in the car of Tour director Christian Prudhomme.

On the line, Vingegaard preceded Pogacar by 1 min 04 sec. The green jersey, the Belgian Wout van Aert, teammate of the Dane, took third place at 2 min 10 sec, before the Welshman Geraint Thomas, fourth at less than three minutes.

Until his fall, Pogacar had put pressure on the yellow jersey by multiplying the starts (four times) in the climb of Spandelles, the second of the three climbs of the day.

After his fall, Pogacar, hit on the left side, a trickle of blood on the thigh, remained most often in the wheel of Vingegaard before letting go 4.4 kilometers from the line.

At the front, a trio (van Aert, Pinot, Felipe Martinez), survivors of a breakaway formed from Aubisque, presented themselves at the foot of the final climb with an advantage of around two and a half minutes on the Pogacar-Vingegaard duo joined by a small group (Thomas, Kuss, Benoot, Houle, Meintjes, Madouas).

On the ramps of Hautacam, an ascent of 13.6 kilometers at 7.8%, Wout van Aert, followed by Colombian Daniel Felipe Martinez, pushed Thibaut Pinot to the breaking point 9 kilometers from the summit. He was joined at 5 kilometers by the duo Vingegaard and Pogacar, whom he took a few switchbacks higher.

In the general classification, Frenchman David Gaudu, 5th in the stage in the wake of Thomas, overtook Colombian Nairo Quintana to reach fourth place.

Before the start from Lourdes, three additional riders left the Tour due to the coronavirus. The four-time winner of the event, Chris Froome, was in the lot.

"I was getting my legs back," said the Briton. "I'm going to rest for a few days and prepare for the Vuelta".

1 Farewell Draghi, Italy called to the polls this fall 2 Italy's president dissolves parliament after... 3 Moscow's announced offensive - and the real turning... 4 War in Ukraine: the Russian army intensifies its bombardments... 5 Living in the shadow of the cooling tower 6 Arrest of the "narco of narcos", betrayals... 7 Now the EU is granting relief to Russia – for wheat... 8 How Apple wants to fight spyware with its "lockdown... 9 Doctors under pressure, bad practices ... A new report... 10 "Millions of people in work depend on social... 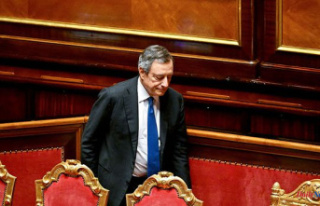 Farewell Draghi, Italy called to the polls this fall