One day before the start of the most important clay court tournament in the world of tennis, Germany's top player Angelique Kerber is in good shape: the girl from Kiel secured her first tournament win of the year in Strasbourg. 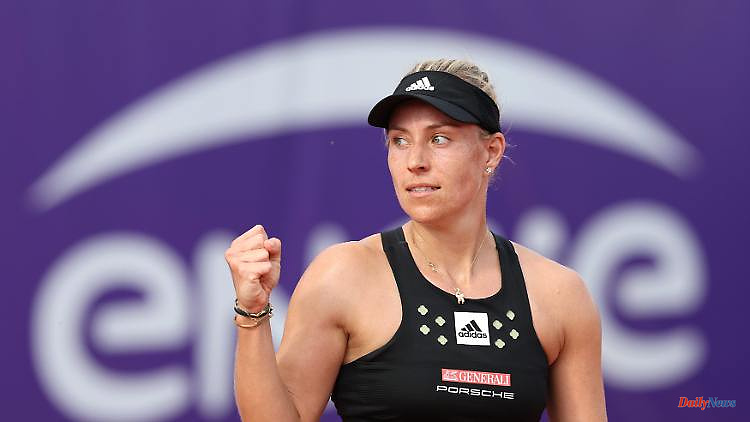 One day before the start of the most important clay court tournament in the world of tennis, Germany's top player Angelique Kerber is in good shape: the girl from Kiel secured her first tournament win of the year in Strasbourg. To do this, she had to go the maximum distance in the final.

Angelique Kerber won the WTA tournament in Strasbourg and thus celebrated a perfect dress rehearsal for the French Open, which begins this Sunday. The German number one prevailed in the final of the EUR 203,024 clay court event against the Slovenian Kaja Juvan with 7: 6 (7: 5), 6: 7 (0: 7), 7: 6 (7: 5). It was the third three-set success in the fifth game in Strasbourg.

For Kerber it was the first tournament victory since winning the lawn event in Bad Homburg in June last year. The three-time Grand Slam tournament winner last triumphed on sand six years ago in Stuttgart. The player from Kiel used her second match point against Juvan after 3:14 hours.

"It was a strenuous final, I think everyone enjoyed it here," said Kerber at the award ceremony: "It was a great week for me. I improved from match to match." In Paris, Kerber, who had only registered at short notice for the tournament in Alsace, will meet Magdalena Frech in the first round on Monday. The Pole is currently number 86 in the world rankings.

Kerber and Juvan, who is 13 years younger, fought a fascinating fight for three sets. In the first two sets, Kerber conceded a quick break early on, but fought back both times, so that the decision had to be made in the tie-break. In the first set, Kerber had the better end for himself, in the second section Juvan equalized the set with a 7-0 in the tie-break.

In the third round, Kerber initially took the serve from the Slovenian, but immediately received a re-break. The decision had to be made again in the tie-break. There, Kerber won the title with a spectacular match point.

1 Superstar extends PSG: Mbappé makes a spectacular... 2 'As women we have compassion': women's... 3 Marder available for Ukraine?: Internal Bundeswehr... 4 Crypto crash and gang war: Bitcoin dictator Bukele... 5 Anger at president and club: Spanish league wants... 6 "I'm dealing with inquiries": Löw... 7 The day of the war at a glance: Heavy fighting in... 8 Women's Champions League: Olympique Lyon creates... 9 Trump, on the other hand, is not affected: Russia... 10 Defying a deficit and a man down: RB Leipzig wins... 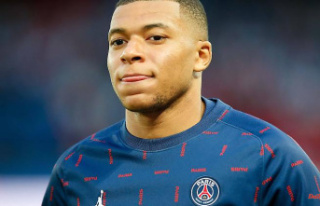