Eintracht Frankfurt wins a European title for the second time in the club's long history. 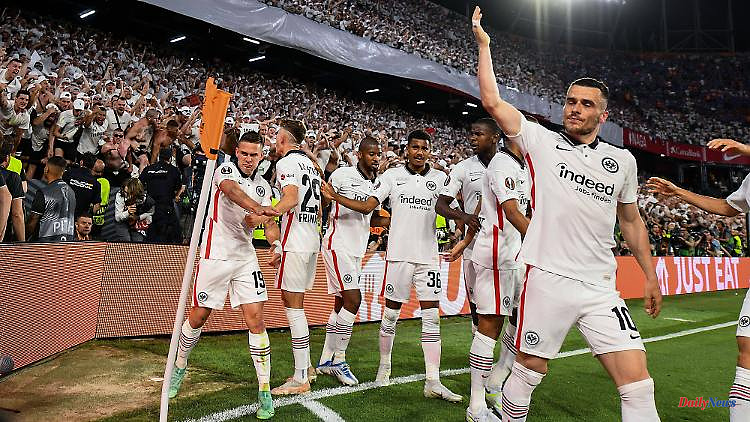 Eintracht Frankfurt wins a European title for the second time in the club's long history. However, 120 minutes are not enough to decide the Europa League final against Rangers from Glasgow. The Bundesliga side keeps their nerves from the penalty spot.

The European Cup heroes from Eintracht Frankfurt finished their wondrous fairy tale in one magical night. 42 years after triumphing in the UEFA Cup, the "Euro-Adlers" soared back to an international summit with a 5-4 penalty win in the hard-fought Europa League final against Glasgow Rangers. After regular time and extra time, the score was 1-1 (1-1, 0-0).

Rafael Borre converted the decisive penalty and ensured the first success of a Bundesliga soccer team in the 13th edition of the competition and the first qualification of Hesse for the lucrative Champions League in the blazing furnace of Seville. Kevin Trapp parried against Aaron Ramsey. With the triumph, Eintracht will challenge the winner of the premier class in the Supercup in Helsinki on August 10th. Joe Aribo (57th) had given the Scottish record champions the lead, Borre (69th) equalized.

Coach Oliver Glasner's team crowned a splendid season in Europe with the 13th game in a row without defeat in their favorite competition. Glasner was only the second Austrian coach to win a European Cup after Ernst Happel.

50,000 Eintracht supporters and 100,000 Rangers fans spent most of the day in the pubs and alleyways of the Andalusian city peacefully preparing for the grand finale. The mood at the fan festivals in the large squares was also great with temperatures of almost 35 degrees. In the sold-out Estadio Ramon Sanchez-Pizjuan, with 43,833 spectators, the Scottish supporters also had a clear numerical advantage. The color blue also dominated in the neutral range.

President Peter Fischer radiated boundless optimism shortly before Slovenian referee Slavko Vincic kicked off. "I have a 3-0 on the slip," said Fischer. Under the eyes of Eintracht legends Karl-Heinz Körbel, Dragoslav Stepanovic and Andreas Möller, the encounter began with a shock for Frankfurt. Captain Sebastian Rode suffered a laceration on his head after being kicked by his opponent John Lundstram, but the veteran played on with a blue and white head bandage.

Whipped up by their vociferous fans, his teammates were unimpressed and, after eight league games without a win, came to Djibril Sow for the first time. The shot from the Swiss did not pose any problems for Rangers goalkeeper Allan McGregor (12').

The Hessians remained the game-determining and more dangerous team against strong Scots, who had eliminated Borussia Dortmund and RB Leipzig on the way to the final. BVB loan Ansgar Knauff failed because of the strongly reacting McGregor (20th), Evan Ndicka headed to the side netting (21st). The defender's chance was initiated by Jesper Lindström, who was in the starting XI on his comeback after a three-week injury break.

After the football festival in the quarter-finals against FC Barcelona and the semi-final triumph over West Ham United, Frankfurt had to do hard work. Many duels characterized the game, it was running intensive. And in the 26th minute, team manager Giovanni van Bronckhorst's team also signed up. Aribo narrowly missed the goal of national keeper Trapp. At the other end, the agile Lindström fired a long-range shot at the Rangers goal (30').

In view of Frankfurt's superiority, Van Bronckhorst kept gesturing wildly with his arms in the first 35 minutes, while Glasner mostly stood quietly in front of his bench and only occasionally shouted instructions. His team also took it easy in the closing stages of the first half, Eintracht lost some of their grip.

At the beginning of the second half, the Frankfurt fans ignited plenty of pyrotechnics, and Lindström almost caused the bang on the pitch. But the Danish international's deflected shot just missed the target (49'). Glasgow did better: Eintracht centre-back Tuta stumbled and Aribo charged Trapp alone and kept his nerve. Tuta was also injured and had to be substituted.

Eintracht responded with angry attacks. Daichi Kamada (67th) missed the huge chance to equalize, Borre did better after a cross from Filip Kostic. In extra time, Trapp made a strong save against Ryan Kent (118'). The drama followed from the point with the happy ending.. 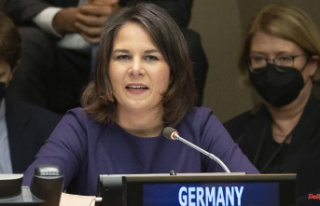