Trump's former chief strategist Bannon is on trial starting Monday for refusing to testify before the January 6, 2021, Capitol storming committee. 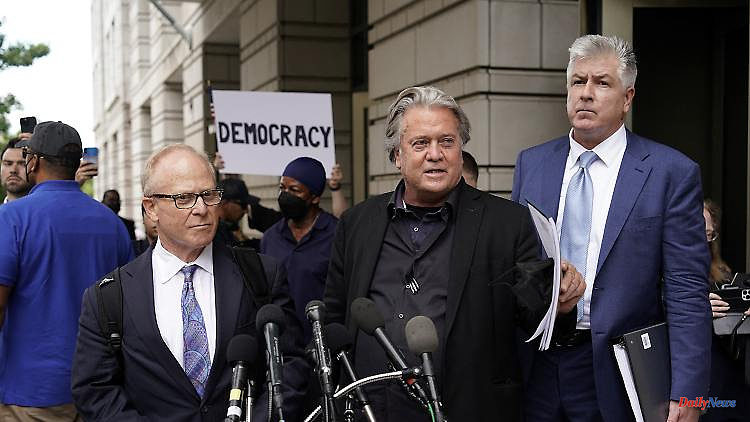 Trump's former chief strategist Bannon is on trial starting Monday for refusing to testify before the January 6, 2021, Capitol storming committee. But Trump personally asked him to cooperate. Why?

As always, when Stephen Bannon makes the headlines, it's actually about Donald Trump. The ex-president's former "chief strategist" has been on trial since Monday. He faces up to two years in prison and a six-figure fine. The reason: Last September, Bannon ignored a subpoena from the committee of inquiry into the Capitol storm on January 6, 2021. In the meantime, he has agreed to testify. However, this concession came too late. He could no longer escape the process.

Both Bannon's refusal to testify and his change of heart had to do with his former boss. Bannon argued that Trump banned him from cooperating with the committee by means of "executive privilege." This is the President's right to prohibit employees from making such statements. That fit with the Republican strategy of boycotting the committee and portraying the hearings as a politically motivated show trial by Democrats and Republicans critical of Trump. Bannon's invocation of "executive privilege" was bold, since he officially no longer worked for Trump. In 2017 he fell out of favor and left the White House.

In the years that followed, however, Bannon clawed his way back into the President's favor. Around the riot on January 6, he was very close to Trump again. The members of the investigative committee assume that he knew beforehand that something could happen. The day before January 6, he said in his podcast that "all hell would break loose" in Washington.

Also on Jan. 5, Bannon was at the Willard Hotel in Washington, where Trump allies were trying to persuade Republican lawmakers to fight the election result. The magazine "Mother Jones" recently published an audio file on which Bannon should be heard a few days before the 2020 presidential election. "What Trump is going to do is declare victory. Right? He's going to declare victory. But that doesn't mean he's a winner," Bannon said.

The fact that Bannon now wants to testify before the investigative committee is also due to Trump. In a letter, the ex-president gave his advisor express permission to do so: "When you received the subpoena to testify and hand over documents, I invoked executive privilege. But now I have seen how unfairly you and others were treated." Therefore, he will now allow him to testify, Trump wrote, and garnished his statements with insults. He described the committee of inquiry as a "kangaroo court," a paraphrase of an alleged show trial.

But why did Trump first put Bannon on a leash and then let him go? The "New York Times" reports, citing Trump's environment, that he is frustrated that the January 6 hearings only ever criticize him. In the sessions broadcast live, it is becoming increasingly clear that Trump was actually planning a coup. Revelations like that of Cassidy Hutchinson, a White House staffer, are also personally unfavorable to Trump. She testified that he once threw his plate and food against the wall. He was dissatisfied with a television interview with the Minister of Justice. Ketchup flowed down the wall, shards lay on the floor.

It is quite possible that such representations offend Trump's vanity and that he would also like to hear other voices. But he should also be concerned that the hearings could damage his standing in the party. He is still the dominant figure, but there are cracks in the facade. In the primaries for the congressional elections in November or in the race for governorship, candidates supported by Trump suffered some serious defeats. In Georgia, for example, Republican governor Brian Kemp managed to get re-elected, even though Trump fought him and had put up an opposing candidate.

A survey by the "New York Times" recently showed that just under half of Republicans (49 percent) would vote for Trump to run again for the presidency. The hearings on January 6 could play a role in this. It is also a fact that 85 percent of Republicans in another Times poll said they would vote for Trump if he were to become his party's candidate again. Still, some observers see his influence on the party waning. Whether this is really the case, no one knows for sure. But the mere fact that there are doubts about Trump harms him.

Bannon now wants to testify live in front of TV cameras himself. However, the investigative committee rejects this. Officially, it is said that the planned hour-long, detailed survey cannot be carried out live on television. That may be true. It would also be plausible that the rhetorically adept Bannon would not be offered a large stage.

The question now is how much of his knowledge the Trump adviser will share. He may refuse to talk about certain things, perhaps because he would then incriminate himself. It is possible that the Committee's hopes will not be fulfilled. Bannon said on Monday evening: "It's time that you (the investigating committee, ed.) hear other witnesses who make different statements than what they have presented so far." When the time comes, Trump will be watching with interest. 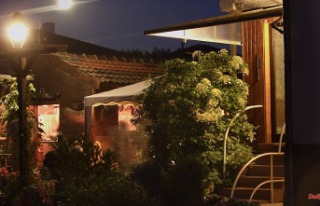