According to the ambassador of Ukraine to Turkey, a cargo ship carrying grain from Russia-occupied Ukraine was detained by Turkish customs officials. 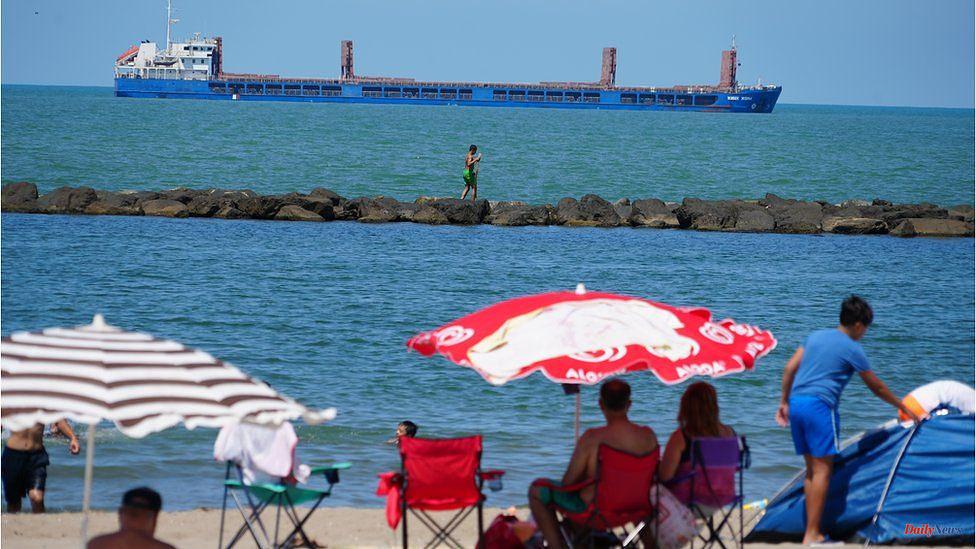 According to the ambassador of Ukraine to Turkey, a cargo ship carrying grain from Russia-occupied Ukraine was detained by Turkish customs officials.

Vasyl Bodnar states that "We have complete cooperation." The customs authorities in Turkey have detained the ship, which is now standing at the port's entrance.

We have been following the Russian-flagged Zhibek Zholy on its journey from Berdyansk in Ukraine to Karasu, Turkey's Black Sea coast.

Although it is unclear where the cargo came from, or how it was obtained from there, Russia has been accused in Ukraine of stealing grain from its areas - accusations Russia refutes.

Berdyansk, Ukraine's southern Zaporizhzhia Region, is located on the Sea of Azov.

Yevhen Balytskyi was appointed recently by Russia to be the governor of Zaporizhzhia's occupied regions.

Balytskyi stated that 7,000 tonnes of grain would go to "friendly" nations.

He stated that ships from Russia's Black Sea Fleet would "ensure the security" of the journey and that sea mines had been removed from the port.

Later, he edited the post to remove references to the ship's destination and cargo.

The ship's departure was also covered on several pro-Kremlin Telegram channels. It was shown alongside a Russian naval vessel in a harbour. This reporter identified it as Berdyansk.

We were able to confirm the footage by comparing it with satellite imagery of the port.

It is possible that the video was shot on 28 June because of the weather conditions and the angle of shadows at the harbour.

The video blurred out some features, including the name, along the ship's wooden hull. Based on photos from Telegram and eyewitness accounts by a Ukrainian shipping expert, we confirmed that the ship that left Berdyansk was the same one that is currently lying off the Turkish coast.

We were also able to track earlier movements of Zhibek Zholy on its journey towards Ukraine to collect its cargo.

It left Turkey on 22 June and dropped its cargo off at the Russian port Novorossiysk. It lost its tracking signal as it approached the Ukrainian coast. This suggests that it had been switched off.

It was heading south towards the Ukrainian coast when it returned to its original location on 29 June. The tracker also reported the ship's depth in the water, which indicated that it had taken on cargo.

Michelle Bockmann is a market editor at Lloyd's List Intelligence and believes that this is "suspicious".

She said that while cargo ships may turn off their trackers during part of their journeys in Sea of Azov for a portion of their journeys, most shippers resume their transmissions once they reach their destination port.

It is not known if the ship will unload its cargo at the Turkish port Karasu, or continue its journey south through Bosphorus Strait towards an unknown destination.

Kazakh-based KTZ Express Express was the registered owner of Zhibek Zholy. It told Reuters that the Russian company chartered the ship. It said it was in consultation with all parties and would adhere to all restrictions and sanctions.

1 Ben Raemers: A skateboarding legend who couldn't... 2 "Only two-hour meeting": Spahn doubts "concerted... 3 “I would be careful there”: Lauterbach does not... 4 School dinners: As costs rise, no beef on the menu 5 Big Zuu for breaking the mold in cookery shows 6 "Only two-hour meeting": Spahn doubts Scholz'... 7 Lockdown no longer necessary: ​​Lauterbach: School... 8 Black man with 60 gunshot wounds: protests after deadly... 9 Saxony-Anhalt: The "Eternal Rye" project... 10 North Rhine-Westphalia: State parliament pays 150,000... 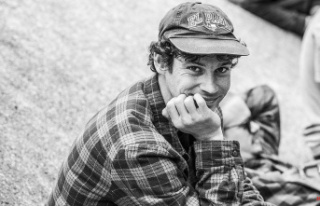