During his inaugural visit to the Netherlands, Chancellor Scholz and Prime Minister Rutte agreed not to deliver any more heavy weapons to Ukraine for the time being. 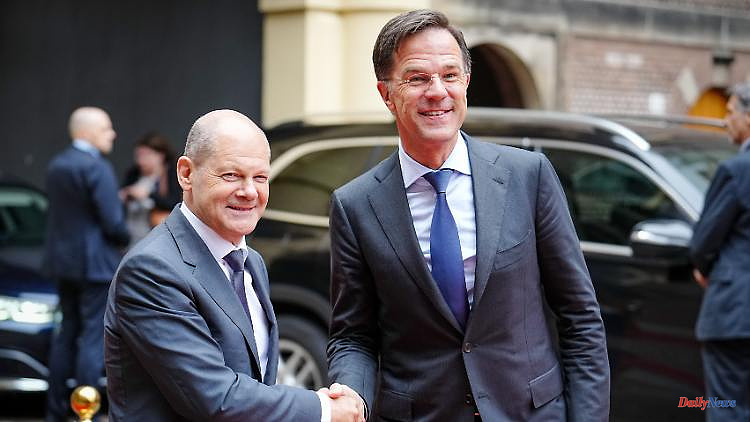 During his inaugural visit to the Netherlands, Chancellor Scholz and Prime Minister Rutte agreed not to deliver any more heavy weapons to Ukraine for the time being. On the other hand, as a G7 country, Germany wants to do more to combat famine.

For the time being, Germany and the Netherlands do not want to deliver more than the twelve 2000 self-propelled howitzers they have already promised to the Ukraine. He "does not see an increase at the moment," said Dutch Prime Minister Mark Rutte in The Hague at a meeting with Chancellor Olaf Scholz. The Chancellor pointed out that the heavy artillery pieces "cannot be easily made available". The two heads of government did not say when the first howitzers with a range of 40 kilometers could be delivered. Before his conversation with Rutte, Scholz had been received by King Willem-Alexander on his inaugural visit to the neighboring country.

Alongside the Gepard anti-aircraft tanks, the self-propelled howitzers are the first heavy weapons that Germany intends to deliver to the Ukrainian war zone. The Bundeswehr is also training Ukrainian soldiers to operate the modern guns. The number twelve - five from the Netherlands and seven from Germany - is not accidental, emphasized Scholz. It has something to do with "the fact that we considered when does it make sense, how much does it have to be in order to create a functioning unit," explained the Chancellor. "And then we both got together and made a little bit more possible than otherwise would have been possible."

Rutte explained that the howitzers are not a weapon aid intended for immediate use, "but rather for a subsequent phase of the fighting". A good training of the Ukrainian soldiers with these "complex guns" is crucial. The Netherlands also have a lot of backlogs in their army that they have to clear up first.

Switching Europe's energy supply away from Russian gas and oil was also one of the main topics. Rutte ruled out significantly increasing gas production from the fields in the north-eastern province of Groningen. "We're not going to put 100,000 people there at risk of an earthquake," he said.

The production of natural gas from the Groningen fields had been severely curtailed due to hundreds of earthquakes and major damage to buildings. The government had promised to stop funding by 2024 at the latest. Only in the greatest emergency, "if there is talk of a total gas crisis in Europe, will we look at Groningen again," said Rutte. For years, the Netherlands had one of the largest natural gas deposits in Europe.

Scholz warned of the danger of a "severe food crisis, especially in the Global South" as a result of the Russian war of aggression in Ukraine. "To put it bluntly: Russia alone is responsible for this," he said.

Scholz pointed out that Russia is currently blocking the trade routes for grain exports from Ukraine. In order to counteract this crisis, Germany, as the G7 Presidency, set up the Alliance for Global Food Security at the Council of Development Ministers. "This alliance is open to anyone who does not want to stand by and see the world's poorest paying the price for Russian aggression." 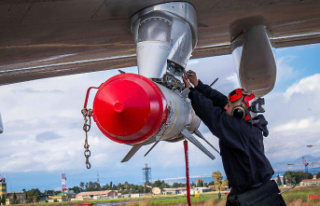