Two dead in largest California wildfire of the year

The fire, dubbed "McKinney", has since Friday destroyed more than 21,200 hectares of the Klamath National Forest and is not under control, according to the firefighting agency CalFire. 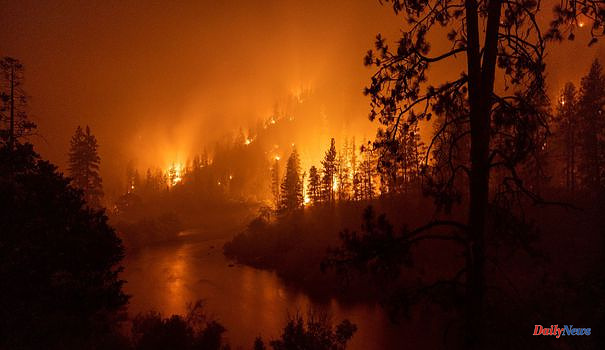 The fire, dubbed "McKinney", has since Friday destroyed more than 21,200 hectares of the Klamath National Forest and is not under control, according to the firefighting agency CalFire.

It is the largest wildfire since the beginning of the year in California, which is regularly hit by fires whose strength and frequency are exacerbated by global warming.

But this blaze remains much smaller than the "Dixie Fire", which had devastated more than 400,000 hectares last year.

On Sunday morning, the bodies of two deceased people were discovered in a charred vehicle, the Siskiyou County Sheriff's Office announced Monday.

Firefighters believe they were overtaken by the fast-moving fire as they tried to flee, Sheriff Jeremiah LaRue told ABC television.

The spread of the fire was accelerated by strong winds and thunderstorms.

More than 2,000 residents have been notified of evacuation orders in this area of ​​northern California, neighboring Oregon, according to the governor's office of emergency services.

60 hikers also had to be evacuated over the weekend as they hiked the popular Pacific Crest Trail, a popular trail up the US West Coast, authorities in Jackson County, Oregon, said.

About 100 buildings were destroyed, including homes and a grocery store, a spokeswoman for the Siskiyou County Sheriff told US media.

Yreka resident Larry Castle told the Sacramento Bee newspaper that he and his wife packed a few things and took their three dogs before leaving for the night.

Other fires in recent years have taught them that the situation could get "very, very serious".

Nearly 650 people intervened on Sunday to put out the fire, according to the National Forest Fire Coordination Group.

The fire season in California, a state in a persistent drought situation, is expected to last several months.

At the end of July, an explosive forest fire had already caused the evacuation of thousands of people in the center of the state. A few weeks earlier, another blaze had threatened the giant sequoias of the famous Yosemite National Park.

The American West has experienced wildfires of exceptional magnitude and intensity in recent years, with a very marked lengthening of the fire season, a phenomenon that scientists attribute mainly to climate change.

1 Upper Bavaria: In May, a canoeist found a child's... 2 North Rhine-Westphalia: elementary school students... 3 Without drilling: Insect protection for windows: This... 4 ECJ overturns German regulation on child benefit for... 5 Trend sport: kayaking: you should know this about... 6 Mecklenburg-Western Pomerania: Tourism industry demands... 7 "It's time to get out of panic and worry... 8 Cathy Hummels: Presenter gets new job on land 9 Baden-Württemberg: Man screwed his neighbor's... 10 Radio plays for adults: radio play on, everyday life... 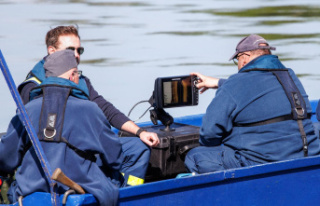 Upper Bavaria: In May, a canoeist found a child's...