Two European Parliament committees reject the use of the "green" label for nuclear and gas.

On Tuesday, June 14, two European Parliament committees spoke out against Brussels' plans to include nuclear and gas among the EU's "green energy" energies.

On Tuesday, June 14, two European Parliament committees spoke out against Brussels' plans to include nuclear and gas among the EU's "green energy" energies. This opened the door for all MEPs to vote on the controversial text.

To the dismay of environmental NGOs as well as several Member States, the European Commission presented in December a green labeling ("taxonomy") project for nuclear and natural gas power plants. This project aims to make it easier to finance installations that contribute to combating climate change.

This text will not be considered final until the European Parliament (by an absolute major, i.e. 353 MEPs or the Member States (by qualified majority, i.e. minimum 15 States, representing at least 65% of the EU's population, do not exercise their veto rights by July 11. In which case Brussels would have to amend or withdraw its proposal.

76 MEPs voted against the draft of the Commission on Tuesday in a joint meeting between the Economic Affairs and Environment parliamentary commissions. There were 62 votes in favor, 4 abstentions. It will be up for a plenary vote in Parliament in the early part of July.

MEPs acknowledged that nuclear and gas can provide electricity for the transition to sustainable energy, but they felt that their technical standards for inclusion in the green taxonomy did not comply with the European criteria for environmentally sustainable activities.

The Greens applauded the setback on "the largest greenwashing operation of the moment", which is also "a slap on the face" for France, who fought for nuclear inclusion.

Although this vote by the parliamentary committees doesn't necessarily mean that a majority MEPs will vote in favor of a veto vote, many NGOs welcome the positive signal. Marta Toporek from ClientEarth believes that this vote is "the nail in the coffin" of gas inclusion in green finance. This vote is "blatant climate self destruction" and a violation of EU environmental rules.

"Fossil fuels and nuclear waste [...] Plenary are not sustainable" and must reject the huge climate error of channeling billions to unsustainable projects. This is according to Sebastien Godinot, WWF.

Nearly a dozen States (Germany. Spain. Sweden. Austria. Denmark. Luxembourg. Portugal. Malta. etc.) are on the side of European Council. Some countries (the Netherlands, for example) oppose nuclear power. Refuse to include gas in it.

1 "FIFA and Co. without a conscience!": Banner... 2 Debacle hits Italy hard: Donnarumma fights with TV... 3 The DFB party in a quick check: It was complicated... 4 Basket-Ball / Pro B. Pape Beye quitte le SVBD 5 Deterrence and defense: NATO wants to strengthen itself... 6 How to Have the Best Honeymoon 7 The Popularity of Gambling As a Form of Entertainment 8 "With a good guise": Russians wanted to... 9 "Vague" and "open to arbitrariness":... 10 Country leaders in the Presidential Palace: Second... 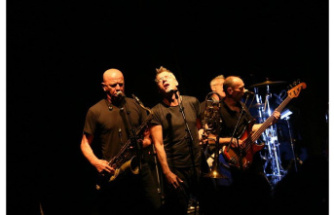 Aix les Bains. Musilac: Tuesday night at Theatre de Verdure, the "Before” with the Stiff Heads will be held.

Tour de France. Profil, timetables... Everything you need to know about Stage 4 between Calais and Dunkirk
BREAKING NEWS 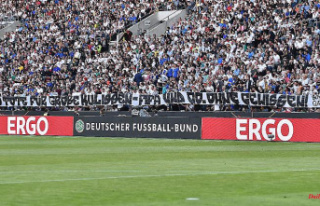 "FIFA and Co. without a conscience!": Banner...