Two years after the explosion at the port of Beirut, Lebanon on the brink

The explosion on August 4, 2020 in a warehouse housing hundreds of tons of ammonium nitrate stored without precautions - one of the largest non-nuclear explosions ever recorded - left more than 200 dead and 6,500 injured. 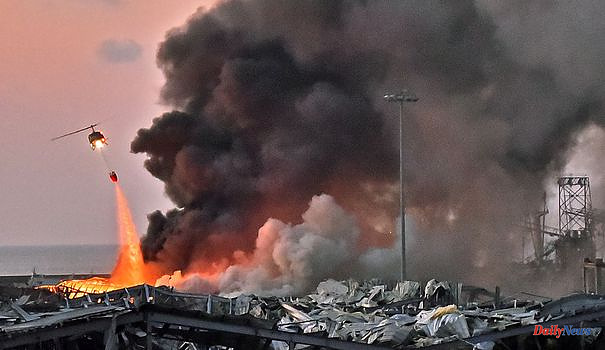 The explosion on August 4, 2020 in a warehouse housing hundreds of tons of ammonium nitrate stored without precautions - one of the largest non-nuclear explosions ever recorded - left more than 200 dead and 6,500 injured.

However, the investigation opened in Lebanon has been hampered by political interference and no state representative has so far been held responsible for the tragedy which has experienced a new development last week. Several badly damaged grain silos in the port enclosure have collapsed, and others are in danger of collapsing, experts say.

"I hope seeing the silos fall will give people the will to fight for justice, to fight with us," Tatiana Hasrouty, a resident who lost her father in the blast, told AFP. Politicians are "doing everything in their power to stop the investigation", she lamented.

This mega-explosion is a nightmare in Lebanon's already turbulent history, now mired in the worst economic crisis in its history, facing relentless power cuts, runaway inflation and widespread despair.

Three separate protest marches are planned for Thursday towards the port where smoke is still billowing from silos after a fire sparked by fermenting grain stocks in the scorching summer heat.

The huge explosion two years ago was felt as far away as Cyprus, a Mediterranean island about 200 km away. It affected even more a population already tested by the crisis and provoked a massive exodus from Lebanon reminiscent of that of the civil war of 1975-1990.

But Lebanon's ruling class, accused of mismanagement, corruption and blatant neglect, continues to cling to power as the population suffers from shortages of fuel, medicine and drinking water.

"This ruling class kills us every day," said Ms. Hasrouty. "Those who didn't die in the explosion are starving," she said.

Bakeries ration bread, power cuts can last up to 23 hours a day, streets are dark at night and traffic lights are out of order.

The explosion, "it was a nightmare", recalls Lara Khatchikian, from her very damaged apartment which she has since repaired, from where she sees the port. The fire in the silos revived it.

"My neighbors and I were constantly stressed. I felt fear, we couldn't sleep. It takes superhuman strength to live when you constantly remember the explosion," she says.

In April, the government ordered the demolition of the silos, but this has been suspended, in particular because of objections from relatives of victims who want them to be kept as a place of memory.

French civil engineer Emmanuel Durand, who monitors the silos, warned that the risk of another partial or total collapse had "never been higher".

The investigation is also in danger of collapsing, the main investigator, Tarek Bitar, having been prevented from continuing his mission by a series of lawsuits against him and a campaign led in particular by the powerful armed movement of Hezbollah, heavyweight of local political life.

Independent UN and NGO experts on Wednesday called for an international investigation to be launched "without delay", stressing that it was "clearer today than ever that the national inquiry cannot deliver justice". .

1 Fire in Berlin's Grunewald triggers large-scale... 2 Purchasing power: outcome Thursday in Parliament 3 RKI numbers: 74,645 new corona infections - incidence... 4 Concert: The Dream of Eternal Life: The Rolling Stones... 5 Collective bargaining dispute: Lufthansa: Detailed... 6 Gas crisis: Germany has to save more gas than any... 7 Conspiracy teller accused: Alex Jones backtracks after... 8 From production to taste: what you should know about... 9 Hybrid isn't just for cars: Lemo One - one e-bike,... 10 Saxony-Anhalt: Saxony-Anhalt is rather unattractive... 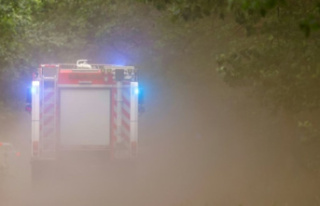