The UN announced Tuesday, July 5 that 22 migrants, including three children from Mali, were killed in a shipwreck off Libya's coast.

The UN announced Tuesday, July 5 that 22 migrants, including three children from Mali, were killed in a shipwreck off Libya's coast. It cited survivors who claimed they died of drowning or dehydration.

The International Organization for Migration (IOM), said that 61 survivors from Mali were rescued by the Libyan Coast Guard after nine days at sea in their dinghy.

According to Safa Msehli, the migrants had set out on June 22 on a dinghy and arrived in Zuwara, Libya, close to the Tunisian border. She said that after nine days at sea they were finally picked up by the Libyan Coast Guard. They were brought to shore on Saturday.

According to survivors, 22 migrants from Mali died on the way. Dehydration and drowning are the most common causes of death. According to the spokesperson, three children are among the dead. She said that there are 61 survivors, most of them Malians.

According to the spokeswoman, some migrants were in poor health and were taken to IOM hospitals. She said that the remaining migrants were transferred to Al-Maya detention centre.

Libya was a major route for illegal migration to Europe in the turbulent years after the uprising in Libya in 2011, which was supported by NATO, saw the overthrow and fall of dictator Muammar Gadaffi. Many migrants died at sea, but thousands more were captured by the Libyan Coast Guard supported by Italy, the EU and returned to Libya. 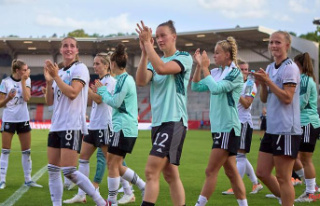 "Doing an international match as a mom":...