One thing is certain: the "prince" of Kenyan politics is inseparable from his family, the richest in the country and the only one to have given him two presidents. 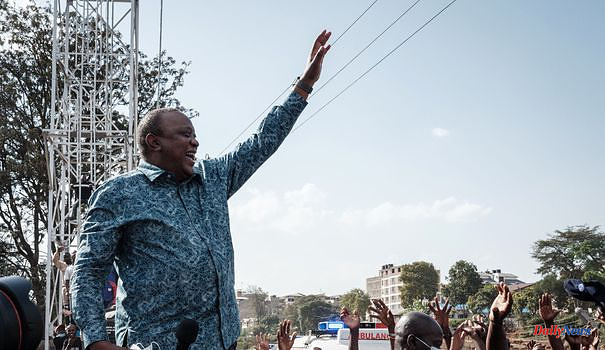 One thing is certain: the "prince" of Kenyan politics is inseparable from his family, the richest in the country and the only one to have given him two presidents.

Massive figure, round face marked by heavy bags under the eyes, this 60-year-old man devoted his second and last mandate to trying to consolidate his political heritage, while keeping a hand on the future by supporting his former rival Raila Odinga for the August 9 presidential election.

Since his re-election in 2017, the former American-educated golden boy has notably worked to strengthen the international stature of Kenya, which currently sits on the UN Security Council and proudly displays itself as the economic engine of East Africa.

At the cost of an explosion of debt, the former Minister of Finance (2009-2012) also continued to develop infrastructure, including an expressway inaugurated at the end of July in Nairobi, and displayed his fight against corruption.

But apathy, even irony, greeted this discourse in a country where the Kenyattas are perceived as the embodiment of a corrupt political elite with little concern for the general interest.

Beyond a financial empire that stretches from agribusiness (Brookside) to banking (NCBA) to media (Mediamax), the family is the country's largest landowner - a heritage originally critiqued.

The fortune of Uhuru alone, a practicing Catholic and father of three, was estimated at $500 million by Forbes in 2011.

Uhuru ("freedom" in Swahili) is the son of President Jomo Kenyatta (1964-1978), considered the father of independence, and his influential fourth wife "Mama" Ngina.

Defeated in his first presidential attempt in 2002, in 2007 he supported the outgoing Mwai Kibaki, whose narrow victory degenerated into politico-ethnic killings between Kikuyu and Kalenjin, two of the country's main ethnic groups.

Kenyatta immediately joined a government of national unity, then won the presidential election in 2013.

The Kikuyu leader opportunistically allied himself in this race with William Ruto, leader of the Kalenjin. Both are then prosecuted by the International Criminal Court for their role in the killings of 2007-2008.

The charges against the executive duo will finally be dropped during this first term, the court denouncing "intimidation of witnesses".

Uhuru then becomes frequentable again and welcomes in turn Barack Obama, Pope Francis, as well as a string of investors impatient to reach this dynamic country.

In Nairobi, observers and diplomats are struggling to identify his personality. Some describe "a party animal carried on the bottle who did not want the job", while others paint a man "quite charismatic", "politically capable and who knows how to talk to people".

But the capital buzzes with stories of his nocturnal outings, incognito at the wheel of an ordinary car, protected by only a few bodyguards.

On September 1, 2017, after the historic Supreme Court overturned his re-election, a surprisingly hilarious Uhuru, perched on the roof of a 4x4, will call the judges "crooks" in front of the cameras.

A few hours later, he will however accept the verdict, and will be definitively re-elected two months later.

But his relations with justice remain bitter. In 2020, he flouts a Supreme Court decision to dissolve Parliament - which does not respect the quota for women set by the Constitution.

The 2017 re-election took place in a fractured country, where opposition protests - whose leader Raila Odinga boycotted the run-off - were ruthlessly suppressed by police.

So much so that in early 2018, the president took everyone by surprise by concluding a truce with Odinga during a handshake that has remained famous under the name "Handshake".

This pact has drawn Mr Odinga into the heart of power, while sidelining the ambitious vice-president William Ruto - to whom Kenyatta had initially pledged his support for 2022.

Kenyatta and Odinga will jointly carry out a constitutional reform project, dubbed the "Building Bridges Initiative" (BBI) and in particular creating a post of Prime Minister that many saw destined for the outgoing president. He will eventually be challenged by the courts.

The president is now preparing to leave, at least in appearance, the political scene.

Asked last year about his desire to stay in power, a smiling Uhuru told France 24, rolling his eyes: "Oh, please, please! I would rather enjoy a holiday in France every summer." 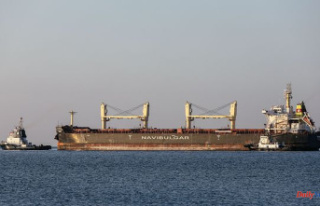