Ukraine did not take Macron's pleas to not humiliate Russia’ well

Dmytro Kouleba, head of Ukrainian diplomacy, criticized the French President Emmanuel Macron's call not to "humiliate Russia" on Saturday, June 4. He believed that such a position could only "humiliate France".

"Calls to avoid embarrassing Russia will only embarrass France or any other country. Russia is the one who is humble. It would be better for us all to concentrate on how to place Russia in its proper place. It will bring peace, and save lives," Dmytro Koleba stated in a tweet.

On Friday, the French president reiterated that we "never humiliate Russia" - comments that were very poorly received in eastern Europe. "So that the fighting ceases, we can make a way out through diplomatic channels," he said.

The French president is one the few leaders around who attempts to keep in touch with Russian President Vladimir Putin.

France provides military and financial support to Ukraine. However, Emmanuel Macron has yet not visited Kiev while his European counterparts have.

When asked if he would like to travel to Ukraine, the French head-of-state, who held the rotating presidency of EU until June 30, responded on Friday that he did not rule out any possibility. 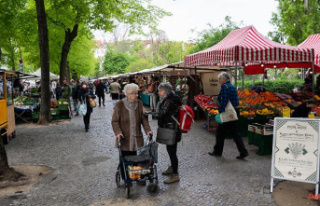