The Russian offensive in Donbass continues to be sluggish. 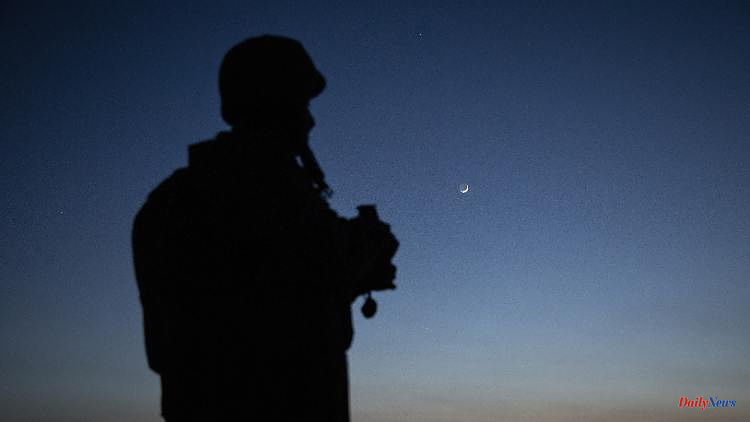 The Russian offensive in Donbass continues to be sluggish. According to a report, Moscow's troops are therefore stepping up their attacks at night. Meanwhile, Ukraine reports a successful guerrilla attack on Russian officers in the south of the country.

According to a report by the US magazine "Foreign Policy", Russia's armed forces in the Donbass are increasingly resorting to attacks in the dark to play off their superiority in personnel. Special units should also be used. According to the report, the new tactic poses problems for the Ukrainian defenders due to a lack of night vision devices. "We need a large number of drones, including attack drones and those equipped with thermal imaging cameras," Ukraine's presidential aide Tymofiy Mylovanov said, according to the magazine. Without night vision capabilities, Ukraine would not be able to defend itself against attacks in the dark.

Overall, according to Ukrainian information, the Russian military is still making little progress in the Donetsk and Luhansk regions. On the advance towards Sloviansk, the enemy is attacking the village of Dovhenke coming from Izyum, the Ukrainian general staff said. There is also constant fighting near the cities of Bakhmut, Liman and Avdiyika. In order to block Liman from the north, Russian forces launched attacks on the town of Drobysheve.

Fighting continues for Sievjerodonetsk. The city is the last region in the Luhansk Oblast currently controlled by Ukrainian troops. The Russian army has been trying for weeks to encircle and capture Sievjerodonetsk and the neighboring city of Lysychansk. The US military institute ISW reported that Moscow forces were pushing further north from the town of Popasna to cut a key road link to Sieverodonetsk. The pro-Russian separatists of the self-proclaimed Lugansk People's Republic claimed to have captured the settlement of Novosvanivka southwest of Popasna. However, the ISW assumes that Ukrainian defenders are still in the village.

Meanwhile, Ukrainian guerrilla fighters killed high-ranking Russian officers in the occupied city of Melitopol, the military administration of the Zaporizhia region announced on Telegram on Tuesday evening. Further details were not given. According to the authorities, the Russian occupiers are trying to cover up the incident. However, Moscow soldiers are said to be increasingly checking cars in the city, presumably on the lookout for partisans. The information could not be independently verified. Melitopol, located in southern Ukraine, was captured by Russian units shortly after the start of the offensive.

1 Are filming allowed?: How prisoners of war must be... 2 Film festival opened: Germans mix up the red carpet... 3 World Weather Organization worried: Four indicators... 4 Handwork for the anniversary: ​​The British crochet... 5 Prosecco cork caught in the eye: award ceremony margin... 6 "Must reduce dependency": EU: Independence... 7 Directional dispute in the traffic light: FDP rejects... 8 Time to write history: An EL triumph could make Eintracht... 9 Key Reasons Why You Should Play Crash Gambling 10 "We have money": Deadline in sight - Russia... 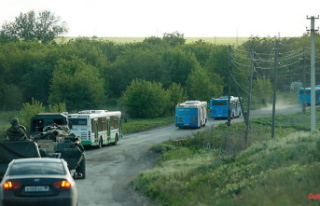 Are filming allowed?: How prisoners of war must be...