Ukraine war. France will buy oil from the Emirates but it will be at a high cost. France can secure the quantity, but not the price.

Bruno Le Maire stated that "we are going to accelerate investment in the energy transition and then look for substitutes for gas or diesel from Russia – for example, United Arab Emirates could be an at minimum temporary alternative oil and Russian Diesel," on Saturday. 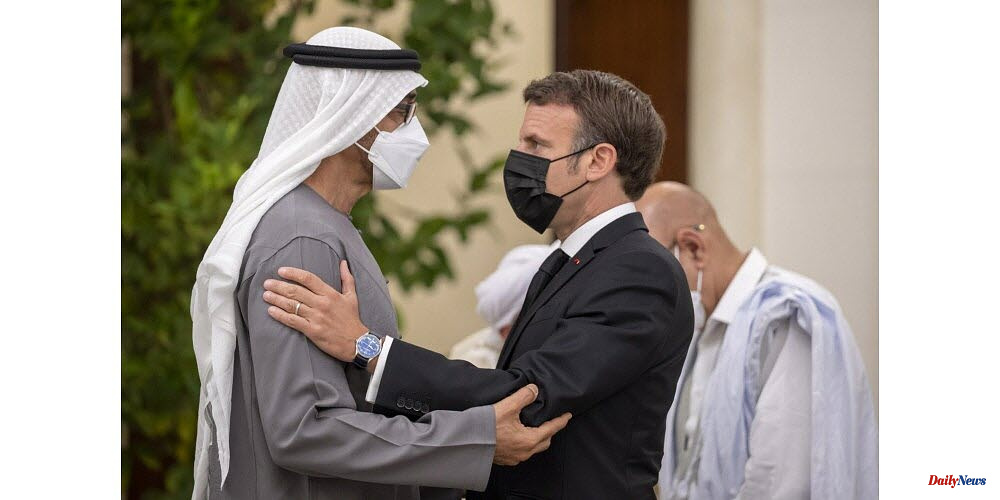 Bruno Le Maire stated that "we are going to accelerate investment in the energy transition and then look for substitutes for gas or diesel from Russia – for example, United Arab Emirates could be an at minimum temporary alternative oil and Russian Diesel," on Saturday. The Minister of Economy stated that discussions were already taking place with the United Arab Emirates in order to replace Russian oil damaged by an EU embargo.

Friday's new sanctions against Russia were imposed by the European Union. The European Union has imposed new sanctions on Russia, including the ban of all Russian oil imports and an embargo for six months. Is the United Arab Emirates a viable alternative? This hypothesis is analyzed by Anna Creti, professor at Paris-Dauphine University of Economics.

Is Bruno Le Maire's announcement, that France is in discussions with the United Arab Emirates about replacing Russian oil, surprising you?

"No, it was obvious that a barrel race would occur and Bruno Le Maire is accompanied with other European Prime Ministers, such as the Italian Prime Minster who made a similar announcement but he went directly to Venezuela. This is a sign of an attitude that requires us to find an alternative to Russian oil, and we don't have a large number of producing countries.

It's not surprising in any case. We have six months to ensure our oil supply. Each country is trying to find the best resources, and it's clear that everyone is competing for their oil supply.

Are the United Arab Emirates an alternative to Russian oil or is it a better option?

It is a country with large oil reserves and the potential to increase its productivity. It is not far away. If we remain in the Middle East, this can make it possible for us to transport this oil.

Each country targets an OPEC member because of historical proximity. We should talk to OPEC like a cartel, in my opinion. Every European country plays a "divide-and-conquer" strategy. Everybody is trying to disintegrate OPEC - which is already too fragmented - leaving no room for a coordinated medium-long-term strategy. Saudi Arabia is the only country with large reserves and no one wants to approach it. Oil prices will only drop if OPEC makes strong announcements. We can still supply various countries with oil in quantity, but the price per barrel will continue to rise and remain high as long as there's no strong announcement by OPEC. We will secure the volume, but we will pay a high price."

Are they competing in a different market?

We are talking about oil, but there are many types of hydrocarbons that can be used to refine oil. This is dependent on how it was extracted. Russian crude oil is very similar to Emirati crude oil, so they can benefit from relatively similar transportation without having to go through a lot of intermediate purification steps. It is therefore immediately available.

For refined products like diesel, the question is still unanswered. We are now faced with the entire question of the refinery chain, something we have lost in Europe. It is not clear what will happen.

The problem is the price. We have a lot of oil and we have large oil reserves worldwide. Problem is the ability of oil companies and the countries that produce it to increase their production, knowing that the margins of potential are very limited. Volume is not a problem, but it is important to plan logistics, transport and refining. This will incur costs and it will be the countries who will do this. The final consumer is the producer country.

Two immediate problems arise from this: We give poor incentives to oil-producing nations by asking them for higher production capacity, when we want, in terms carbon neutrality, to reduce oil production as much possible. We are moving away from the energy transition. Another problem is the extremely high cost of this operation.

What other countries could France look to for supplies?

" Norway. It has the closest country with infrastructure. We have gas pipelines that reach the north of France. It is possible to mobilize ports to receive Norwegian ships. Norway's low capacity margin means that it cannot increase its production to satisfy all requests from European countries. We have to look at other countries.

Algeria is another major supplier. The idea here is to search for alternatives and then negotiate at the margin with oil-supplying countries. One thing is certain: the closer we get to the Mediterranean basin the more these producers are in demand.

France could look to other energy sources as an alternative to Russian oil?

It would be more effective in terms of message and policy. It is essential to reduce demand. Oil is used mostly for transport in the petrochemical and fertilizer industries, as well as in agriculture. Transport requires a sustainable mobility strategy: encouraging carpooling, using public transport, regional trains...

There is also the possibility of synthetic fuels which may be a solution for aviation. These fuels will not be readily available right away. It is also important to accelerate the process of plastics recycling. We need to encourage less chemical agriculture. These are well-known levers that form the basis for the national low-carbon strategy. It is based on the Paris Agreement commitments. But it must be a daily effort.

1 SPD and Greens are in favor: FDP parliamentary group... 2 Rare attack from above: Ukraine reports its own air... 3 Mickelson plays new series: Golf superstar also wants... 4 "Planned and not impulsive": Up to 100 dead... 5 The Morning. People from Isere are furious at EasyJet;... 6 Inflation and Rising Rates: A winning combination... 7 Yvelines. He causes an accident, then flees by foot... 8 North Rhine-Westphalia: A40 near Dortmund briefly... 9 Baden-Württemberg: Climate activists cause traffic... 10 Justice. Start of the trial for 2017's failed... 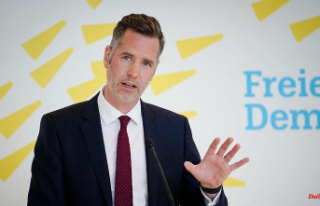 SPD and Greens are in favor: FDP parliamentary group...