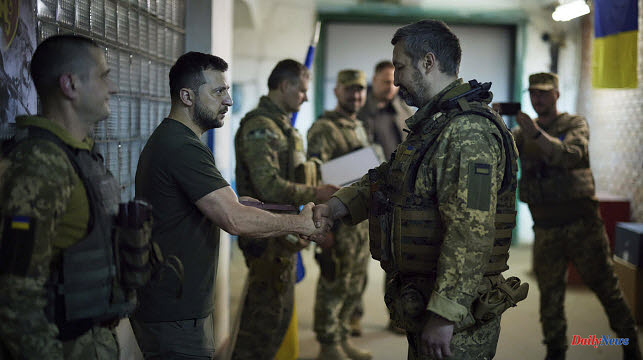 On Monday, the Ukrainian army claimed that it had driven the Russian fleet back 100 kilometers from the Ukrainian coast in Black Sea. This is where Moscow's vessels have been staging a naval blockade since weeks. Information from an unreliable source.

According to the Ukrainian Ministry of Defense Russian troops were forced to deploy coastal defense system in Crimea and the south-eastern Ukrainian region of Kherson. They occupy these areas. They also sent reinforcements for Serpents Island, a small area in the Black Sea they conquered the first day of their invasion.

3:00 p.m.: Lavrov warns not to send long-range weapons into Ukraine

Russian Foreign Minister Sergei Lavrov warned the West against delivering long-range weapons and ammunition to Kyiv. He said that Russia would repel any Ukrainian force receiving such weapons. Lavrov stated during a press conference that "the better the long-range weapon you deliver, we will push the Ukrainian lines out of our territory." Russian President Vladimir Putin warned Sunday that Moscow will strike new targets if Russia supplies long-range missiles for Ukraine.

Energoatom in Ukraine, which is responsible for managing the country's nuclear power stations, said that a cruise missile flew at an "extremely low altitude" above the Pivdenno–Ukrainska power station in the Mykolaiv area on Sunday morning. This was denouncing "an act of nuclear terrorist", according to Le Monde colleagues.

Energoatom stated that Russian forces still don't "understand that even the smallest part of a missile can strike an operating power-generating unit and cause a nuclear catastrophe and radiation leakage."

According to the Ukrainian Air Force, several cruise missiles were fired by Russian TU-95 heavy-bombers based in Caspian Sea.

Russian Foreign Minister Sergey Lavrov condemned Monday's "hostile act" following the closure of airspace for the plane that he was due to fly to meet with the Serbian president. The European countries around Serbia have effectively closed their airspace to Sergei Lavrov’s plane, which was due in Belgrade Monday. He said that "the inconceivable had happened" at a press conference and called this "scandalous".

In May, new car sales continued to fall in Russia. They fell 83.5% year-on-year due to inflation and Western sanctions against Moscow in response to its offensive in Ukraine. According to the Association of European Businesses (AEB), which gathers manufacturers from the sector, 24268 light vehicles were sold in May.

The situation in Severodonetsk has "deteriorated" after advances, according to the regional governor on Monday morning. This is a key city in eastern Ukraine and the current epicenter for fierce fighting with Russian troops. "The fighting in Severodonetsk is intense. "Our defenders were able to counterattack and liberate half the city. But the situation got worse," Sergiy Gaidai (guvernor of the Lugansk Region) told Ukrainian 11 television, without providing further details.

He said that the bombardments on Severodonetsk have intensified and Lyssytchansk has been hit harder. Lyssytchansk is a neighboring town on the "highlands" and strategically placed to "hold the line for defense." He claimed that the Russians "are destroying everything with their scorched earth tactic", so that "there's nothing left to defend".

8:25 AM: Ukraine claims it killed a Russian general

7:45 AM: London will provide rocket launchers for Kyiv

On Monday, the Ministry of Defense, which took over from Washington, announced that the United Kingdom would provide Ukraine with missile launchers with a range of up to 80 km. The ministry stated that multiple rocket launcher systems (M270MLRS) will "significantly enhance the capabilities of Ukrainian forces". This decision was made in close coordination with the United States. Last week, the United States announced the supply of Himars systems with a range 80 km.

7:30 AM: Zelensky visits his troops at the frontline of the Donbass

Volodymyr Zelensky, the Ukrainian president, visited Sunday with his troops at the front line of the Donbass in the east of the country. This is the area where war against Russia is raging. The leader, who visited command posts near Severodonetsk in order to see the key cities in Moscow's attack in the Donbass mine basin, said, "We were there in Lysytchansk," and that they had been in Soledar. He also visited Bakhmout in the Donetsk south-west region and spoke to soldiers.

I am proud of all the people I have met, communicated with and supported.

6:50 a.m . kyiv claims that it has taken half of Severodonetsk.

Ukraine assured that it now controls "half" Severodonetsk. This key city is located east of the territory of Ukraine and is the current epicenter for fierce fighting in the huge coal-mining region, Donbass. The governor of Lugansk confirmed that eight Russians were held there. According to him, the Russian soldiers received an order to seize the city by June 10. This was also the key communication link between Lyssytchansk (northern) and Bakhmout.

The governor stated that they expect them to throw away all their reserves, in men and equipment, in the near future to be able to complete these two tasks. According to the Russian Ministry of Defense on Saturday, the Ukrainian troops were being withdrawn towards Lysytchansk after suffering "critical losses" in the fighting for Severodonetsk (upto 90% in some units).

6:45 AM: Good morning everyone! This live will cover the current situation in Ukraine on the 103rd Day of the Russian Invasion. 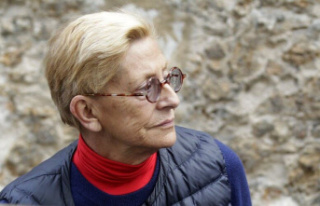 Politics/Health. Isabelle Balkany is suffering from...