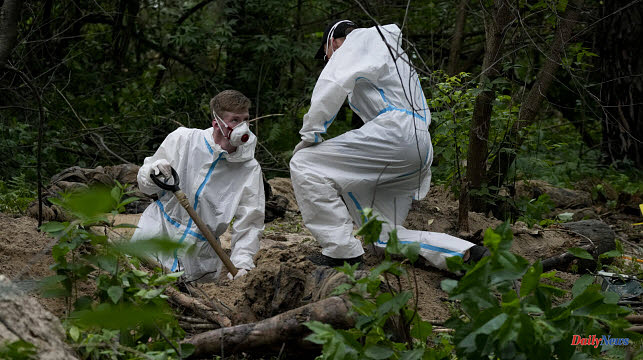 According to Ukraine's Ministry of Agriculture, 25% of Ukraine's arable land has been lost to Russia due to Russian occupation of some regions in the south and eastern. However, this does not pose a threat to its food security. During a press conference, Taras Vysotskii (Deputy Minister of Agriculture) stated that despite the 25% loss in arable land, the structure and yields of this year's crops are sufficient to meet the needs of the Ukrainian people.

The Alppila, a cargo vessel flying the Finnish flag, arrived in A Coruna (Galicia), this morning to unload its maize cargo for animal feed. Agafac (Galician association for animal feed manufacturers) received the order. The maize shipment was moved from Ukraine to Romania and Poland via truck, before arriving at Swinoujscie in Poland, which is on the Baltic Sea. Then he stopped at the German port Brunsbuttel in the northwest of Hamburg before reaching the Spanish coast.

Agafac says that this is the first shipment through the new maritime route in the Baltic to transport cereals. This route was opened to circumvent the blockade by which the Russian navy has placed Ukrainian ports in the Black Sea since the start of the war. A spokesperson for the Ukrainian Ministry of Agriculture could not confirm whether this was the first shipment of Ukrainian cereals to the Baltic when AFP asked.

According to Kyiv police, seven bodies were discovered in a grave located near Boutcha. This is where civilian corpses were found following the withdrawal of the Russian army from the Kyiv region in March. Andrii Nebytov, chief of kyiv police, said that seven civilians were tortured and then executed cowardly with a bullet in the head. . He said that he discovered the grave today near Myrotske, where Russian soldiers were stationed. It is located 10 km northwest from Boutcha and 35 kilometers from kyiv along the same axis. He added.

According to the Kyiv police chief, they are "currently working on the identification and compensation of the victims".

Three Russian strikes struck the northern Ukrainian town of Prylouky. The Ukrainian authorities announced Monday that four villages were ordered to evacuate, namely Zaizd and Petrivske as well as Tykhe, Tykhe, and Sukhostavets.

The infrastructure targeted at Prylouky (which houses a military aircraftfield) was not described in detail. This region has been relatively spared the fighting between the Russian and Ukrainian armies since the early April withdrawal of Russian troops from the kyiv and north regions.

Emmanuel Macron demanded the strengthening of Europe's defense industry. He inaugurated the Eurosatory international defense exhibition near Paris on Monday.

It is not a smart idea to spend a lot on something you can buy elsewhere. (...) In the context of increasing defense budgets, we need to strengthen an even more demanding European defense industry. Ukraine. This article has more information.

t11:50 AM: Macron calls for a "reassessment” of the military programming laws

President Emmanuel Macron calls for a "reassessment” of the French law on military expenditures for the period 2019-2025 to "adjust to the threats" in the context of the conflict in Ukraine.

"I asked the Minister of the Armed Forces and the Chief of staff of the Armed Forces if they were able to conduct in the coming weeks an assessment of this Military Programming Law" he stated, considering that France "entered into a war economy in what I believe we will organise ourselves in the long-term".

We are now in a war economy, and I believe that we will be able to organize ourselves long-term.

According to Sergey Gaidai (guvernor of the Lugansk Region), Russian forces have over 70% control over the city of Severodonetsk, eastern Ukraine. Severodonetsk serves as the administrative center. "The street fighting is continuing (.. .) "The Russians continue to demolish the city," he posted on Facebook, posting photos showing ruined and burning buildings.

The pro-Russian separatists fighting alongside the Russian forces claim that the last Ukrainian divisions in Severodonetsk have been "blocked", after the bridge leading to Lysychansk had been "jumped".

However, Governor Gaidai denied any obstruction.

Vilnius will sign a note of intent to purchase French Caesar self-propelled gun, during a meeting of defense ministers from the two countries. This took place on Monday at Eurosatory defense fair.

The Baltic country, which is a member of NATO and EU, made this decision in light of Russia's invasion and fears for its security.

Ursula von der Leyen, President of the European Commission, and Mario Draghi, Prime Minister of Italy, are expected to arrive in Jerusalem Monday to meet with Israeli officials, who, in the midst of the conflict in Ukraine, are trying to export a portion of their gas wealth. .

After a weekend in Ukraine Ms. von der Leyen will meet with the Israeli diplomat Yair Lapid on Monday, and then with Prime Minister Naftali Bent Tuesday. The European Commission indicated that they would be discussing energy cooperation, but did not specify what the discussion would be about.

8:55 AM: Ukrainian forces are driven out central Severodonetsk

The Ukrainian general staff reported Monday that Russian troops had retaken Severodonetsk from the Ukrainian army, which was a crucial city in eastern Ukraine, where the two armies have been fighting for several weeks. "The enemy stormed Severodonetsk with artillery support and pushed our troops back from the city centre." In a Facebook morning update, the army stated that hostilities continued.

Mikhail Kassianov was Vladimir Putin's first head-of-government. He told AFP in an interview that he couldn't have imagined his former leader embarking upon the invasion of Ukraine. "The Putin that I knew was different," Mr. Kassianov said during rare videoconference interview. Mikhail Kassianov was the Prime Minister of Russia from 2000 to 2004, before he went to the opposition. He estimates that the war could last for up to two years but believes that Russia will eventually return to a "democratic" path. The former minister to Mr. Putin, who was involved in the rapprochement of Moscow and Western countries, is 64 years old. He says he didn't think that there would be a war, unlike many Russians.

Jordan Gatley was a former soldier of the British Empire. His family posted his death on social media. British diplomacy did not confirm that Gatley had died.

Dean Gatley, his son, announced the death on Facebook. He had been leaving the British army in March to pursue his career as a soldier and other fields. His father added that Jordan Gatley went to Ukraine after careful consideration. According to Mr. Gatley, his son was killed and shot in Severodonetsk in eastern Ukraine where the Russian offensive is intensifying over the past few days.

In a video message, Volodymyr Zelensky, the Ukrainian President, described the fighting in Severodonetsk as "very violent" Sunday night. He said that Moscow was sending insufficiently-trained troops and using them to "cannon fodder".

Moscow claims it has 'destroyed' a large warehouse of Western-supplied weapons in Ukraine. This is in response to the rising violence in the east. The commander in chief of the army says that the country is now 'covered with blood'.

Facebook explained that the enemy "concentrated most of their efforts on Sunday in the northern Lugansk area". There they "use artillery extensively and unfortunately, have an advantage of 10-to-1." Valeri Zalouzhny is the commander-in chief of the Ukrainian army. He assured that they would not relinquish their positions, adding that "every inch of Ukrainian land is covered in blood, but not just ours but also the occupier's".

According to a report published Monday by an independent research center, Russia made 93 billion euros in fossil-fuel export revenues during its first 100 days of war against Ukraine. The majority of this went to the European Union. According to the CREA, while some countries have made great efforts to reduce imports (Poland and Finland, Baltic states), others have increased their purchases, including China, India, United Arab Emirates, or France. The specialist estimates that these are cash purchases, and not contracts. This means that France made a conscious decision to use Russian energy, despite the invasion by Ukraine.

NATO secretary general Jens Stoltenberg stated on Sunday that Turkey's blockage of NATO membership applications from Sweden, Finland, and other countries may not be solved in time for the summit. The summit is scheduled for the last week of October.

Ankara accuses both countries of providing refuge to the Kurdistan Workers Party (PKK), which is considered a terrorist group by Turkey and its Western allies. Jens Stoltenberg, Finnish President Sauli Niinisto and Jens Stoltenberg stated that they wanted to resolve the issue as soon as possible.

5:46 AM: The most recent highlights from the ground

Sunday saw the Russian army continue to bombard Severodonetsk in an effort to defeat the last resistances to this strategically important city in the east of Ukraine. The Russian forces continued to try to expel the Ukrainian fighters ensconced in the Azot chemical facility. Serguii Gaidai (the Ukrainian governor in Lugansk) recognized that the situation was "extremely challenging". He stated that the enemy wanted to isolate Severodonetsk and prevent any movement of men or ammunition. He also said that he feared that he would launch "all his resources to take over the city" in less than 48 hours.

- On Saturday night, a Russian strike in Tchortkiv (in western Ukraine) left at least 22 people injured and partially destroyed a military base. Moscow claimed that it had destroyed a large warehouse of antitank missile systems, manportable air defense system and shells provided to the kyiv government by the United States or European countries in Chortkiv on Sunday.

5:45 AM: Good morning everyone! This live will cover the current situation in Ukraine on the 110th anniversary of the Russian invasion. 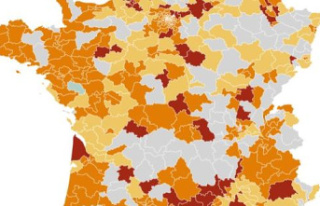