Ursula Engelen-Kefer in conversation: "You can't live on it and you can't die on it"

Long-term unemployed and people with basic social security are the main victims of inflation and rising energy prices. 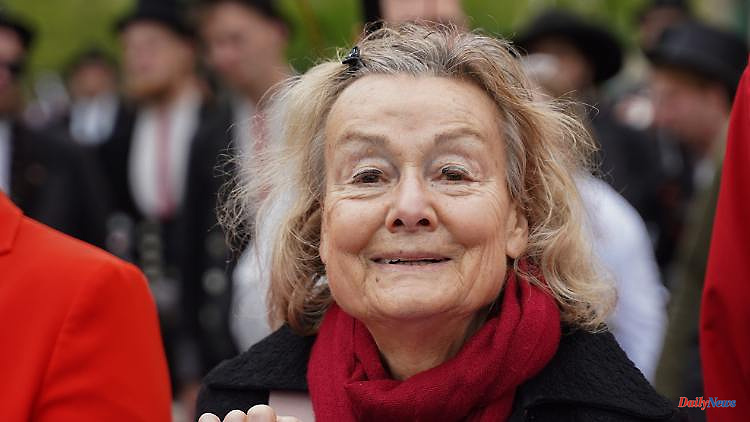 Long-term unemployed and people with basic social security are the main victims of inflation and rising energy prices. Ursula Engelen-Kefer, Vice President of the Social Association Germany, calls for an increase in financial aid and better support for job placement.

Before the standard rates of basic security are increased, there should be a one-off payment of one hundred euros for six months, she says in an interview with ntv.de. "This money is intended to bridge the period until the standard rates are increased." Engelen-Kefer does not consider the one-off payments in the federal government's relief packages to be sufficient. "We need regular improvements."

ntv.de: Recipients of unemployment benefit II have to suffer particularly from the increased food and heating costs. What opportunities do they have to receive additional money or benefits in kind?

Ursula Engelen-Kefer: The first thing to do is for these people to make use of what has already been decided in the Federal Government's relief packages. These are one-off payments for adult Hartz IV recipients of 200 euros and 20 euros per month for children. Then we have the 9-euro ticket, and there remains a one-off energy flat rate of 300 euros for employed people.

This flat rate is already manageable for employees. How do Hartz IV recipients finance the increased energy costs?

This is actually particularly problematic for Hartz IV recipients, because they get the so-called costs for accommodation, which also include heating costs, calculated, albeit under completely different framework conditions than the current ones. It is therefore necessary for us that the job centers take over the entire heating costs that Hartz IV recipients are confronted with.

Hartz IV recipients can apply for a heating subsidy. Do you generally get it?

No, that is at the discretion of the job center staff. There is no obligation for such payment. It urgently needs to be introduced.

We have now talked about the people who already get Hartz IV or basic security. But a very significant part only threatens to fall into the basic security if, for example, the energy costs have been paid. What about people who earn so little that they are at their limit?

It is particularly important that these people do not get into this situation in the first place. We have to protect them from that. That means we have to take preventive measures. For example, subsidies for heating costs will play a major role. This one-time benefit for employees, which we spoke about earlier, is no longer sufficient when we consider the current development in energy prices, especially gas prices. We are therefore of the opinion that this energy price flat rate should be adjusted.

In addition, there is the huge problem that this money is only paid for those in employment, but not, for example, for the 21 million pensioners, recipients of sick pay and other recipients of social benefits. They urgently need warm homes and warm water in winter. The pensions in Germany are by no means so high that pensioners can cope with these additional expenses. At least the federal government recently decided that at least students should benefit from these services. This is important because they are particularly affected by poverty, as recent studies have shown us. And housing benefit recipients who are already in a social emergency situation should now receive grants. It's good. It remains to be seen, of course, whether they are sufficient.

The Federal Government has mainly decided on one-off payments. What do you think the government should do to prevent inflation from outpacing aid?

You are right: One-off payments are by no means sufficient. We need regular improvements. This affects first of all the standard rates in the basic security. They are currently at 449 euros. You can't live on it and you can't die on it. That is why we have long believed that they need to be increased, and this is even more the case given ongoing inflation. We consider an amount of at least 650 euros as a standard rate to be urgently required, of course with further adjustments. Therefore, together with the social association VDK, we have initiated a corresponding lawsuit.

Not only. We are also concerned with the method, the inadequate and non-transparent procedures for calculating these rule sets. As early as 2014, the Federal Constitutional Court determined that due to short-term changes in prices and other economic conditions that can put people in distress, the standard rates would have to be adjusted. The federal government didn't do that. The last increase in the standard rates is a scandal: three euros for adults, two euros for children. And that with inflation at eight percent and an explosion in energy prices.

Do you expect your lawsuit to be successful?

We think that the lawsuit is necessary and has a chance of success. On the one hand, we see the federal government's breach of duty in relation to the ban by the Federal Constitutional Court, and we see the unconstitutionality because, according to the Federal Constitutional Court, the standard rates must enable participation in social life. That is by no means the case. Certain calculations have simply been deleted, such as a visit to a café. In addition, it is completely impossible to finance consumer durables from the standard rates. For the repair of a washing machine, savings often have to be made for years in order to be able to finance the small part of the standard rates for durable consumer goods at all.

It may take a while until all of this is over. What immediate measures are you calling for?

The payment of one hundred euros for an initial period of six months. This demand has meanwhile been taken up by important players such as the Diakonie or the DIW. This money is intended to bridge the period until the standard rates are increased.

Well, money isn't everything. Hartz IV recipients in particular are supposed to be put into work.

The fact is that - even in good economic times and despite the improvement in employment - unemployment among the long-term unemployed, especially among the elderly and severely disabled, has increased considerably and is continuing to increase. There is still discrimination in the willingness to hire these groups of people.

But there are also deficits in the job centers. The problem is not so much with the financial means that are made available for these jobs and in some cases have even been increased by law. It is often due to the personnel situation in the job centers, because the professional integration of long-term unemployed people absolutely requires personal support, for the people concerned and in contact with the employers. All of this is even provided for in the "Participation Opportunities Act". It's about wage cost subsidies of up to 100 percent for two years, the granting of integration benefits and the financing of coaching measures at the employer. But the job centers must have the staff to approach employers and stay in contact with them, at least for a certain period of time. These measures pay off in the end.

If the job centers cannot cope with this task, who can?

The Social Association of Germany has proposed that the long-term unemployed who continue to look for work should again be looked after by the employment agencies instead of the job centers. Because the employment agencies have been working for many years to facilitate the integration of groups of people who are more difficult to place and contacts with the regional economy. Here one should achieve relief for the job centers, which can then concentrate more on their social support measures, which are already heavy enough.

What do you expect from the citizens' allowance that is to be introduced next year?

The citizen money has some positive aspects. First of all, priority will be abolished, i.e. the compulsion of the long-term unemployed to be placed, even in lower-skilled jobs. The one-year moratorium on sanctions is also positive, because it is questionable to what extent sanctions will help at all, especially since the Federal Constitutional Court has also determined that the severe financial losses caused by the sanctions are unconstitutional. The examination of the apartment size and assets is also suspended. Furthermore, a subsidy is planned, which is to be paid in the event of further qualification, so that it is a financial incentive for those affected to take part in further training. Of course, this must not be just a short-term training measure, as it was in the past. What we very much regret is that there is no change in the rulesets. And we demand the introduction of basic child security, which was also laid down in the coalition agreement. 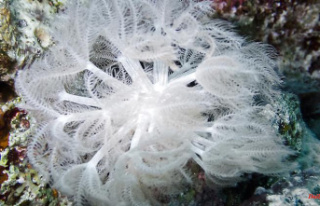 Honor "for courage and bravery": Fossil...