In the dispute with Beijing, Taiwan fears a sea and air blockade by Chinese military maneuvers around the democratic island republic. 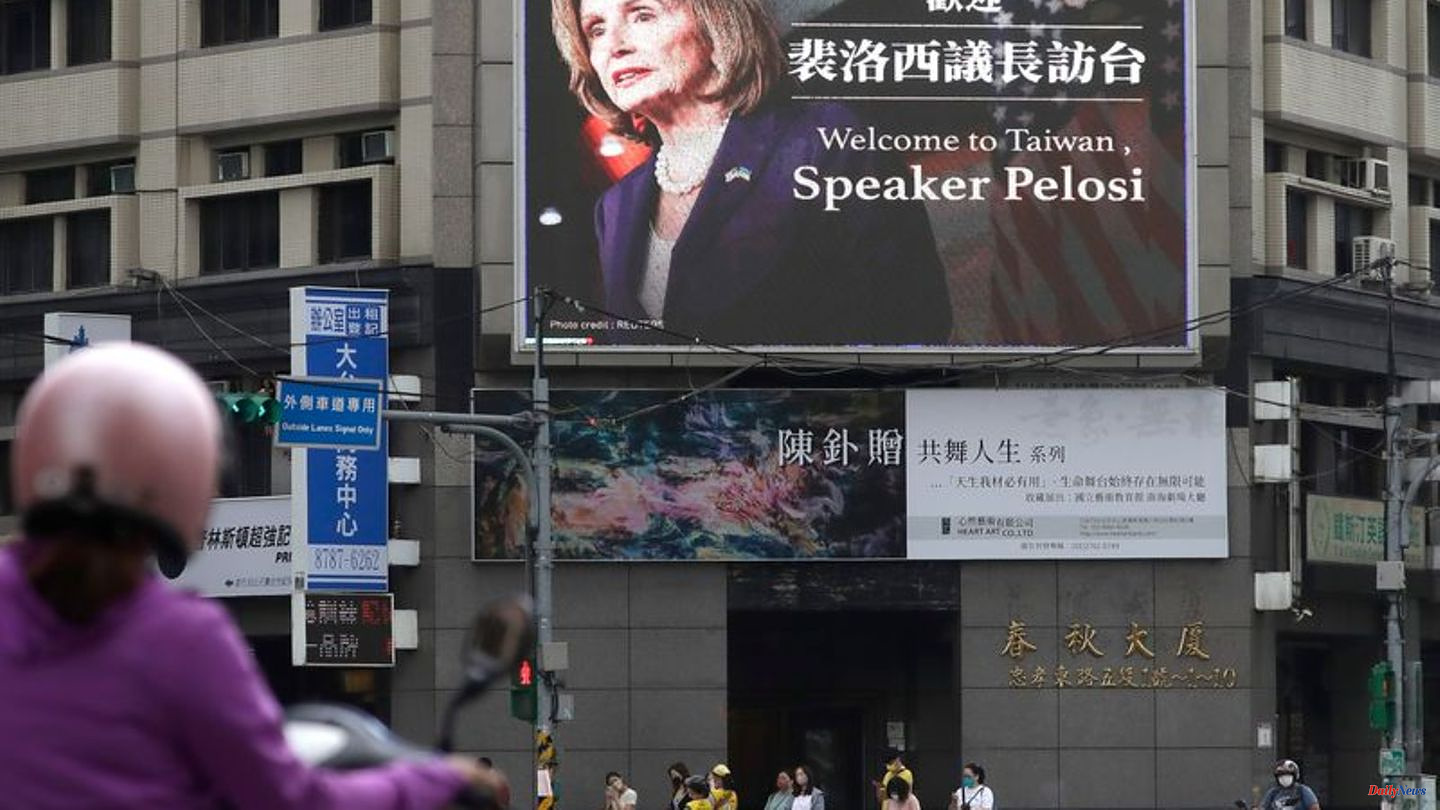 In the dispute with Beijing, Taiwan fears a sea and air blockade by Chinese military maneuvers around the democratic island republic. The communist leadership in Beijing announced the exercises in response to the visit of US House Speaker Nancy Pelosi. To conclude her 20-hour visit - which further fueled the long-simmering conflict over Taiwan - Pelosi flew on to South Korea on Wednesday as part of her Asia tour.

At a meeting with Taiwan President Tsai Ing-wen, Pelosi assured her of US support. At a joint appearance in Taipei, the US leader said: "We remain steadfast in our commitment to defending democracy in the world and in Taiwan." The visit of their congress delegation shows "that we will not give up our commitments to Taiwan".

Despite all the warnings from Beijing, the 82-year-old Democrat had arrived in the island republic the day before for the highest-ranking visit from the United States in a quarter of a century. China sees Taiwan as part of the People's Republic, strictly rejects official contacts from other countries to Taipei and had vehemently warned the USA against Pelosi's visit. In response, China's military launched target practice maneuvers in six sea areas surrounding Taiwan.

China is flexing its muscles

The drills, announced through Sunday, are considered the biggest military muscle flexing since the 1995 missile crisis, when China fired missiles over Taiwan to intimidate and the US deployed two aircraft carrier groups. The sea areas for the exercises go far beyond the restricted zones of the time, reach close to Taiwan and are partly on its sovereign territory. Dozens of flights have already had to be canceled or postponed. Taiwan also discussed alternative shipping routes with Japan and the Philippines.

In another surprising measure, the Chinese authorities banned the import of agricultural products from more than 3,000 Taiwanese companies. However, the move was justified by food safety issues such as traces of the coronavirus or chemical residues. The State Department summoned the US Ambassador to protest Pelosi's visit.

The US top politician assured Taiwan's president that the US would always stand by the side of the free island republic. Referring to Beijing's communist leadership's threats against Taiwan, Pelosi said, "More than ever, American solidarity is crucial." US support for Taiwan is bipartisan. "Today the world faces a choice between democracy and autocracy," Pelosi said.

Taiwan does not want to "back down"

Taiwan's president said Russia's invasion of Ukraine drew attention to the conflict with China over Taiwan. "Any aggression against democratic Taiwan would have major security implications for the Indo-Pacific region." Referring to the threat to China, Tsai Ing-wen said, "Taiwan will not back down." It will do whatever is necessary to strengthen its self-defense capabilities.

The US government also expects longer-term reactions from China, such as further maneuvers or economic measures. So far, China's response has been fully in line with what the US government expected, said National Security Council communications director John Kirby in Washington.

Before leaving for Seoul, Pelosi met human rights activists such as Wuer Kaixi, former leader of the pro-democracy movement in China, which was brutally crushed in 1989. She also spoke to former Hong Kong bookseller Lam Wing-kee and social activist Lee Ming-chee, both of whom were imprisoned in China.

Meanwhile, Foreign Minister Annalena Baerbock called for de-escalation. With a view to Pelosi's visit, she said in Canada: "Visits like the current one must not be used as an excuse for military threatening gestures."

Baerbock confirmed that Germany is sticking to its one-China policy, i.e. recognizing the People's Republic of China as the only sovereign Chinese state. As part of this policy, Germany maintains close relations with Taiwan, which, as a well-established democracy with high human rights standards, is "an important value partner" for Germany, said the Foreign Minister. She stressed, "The status quo in the Taiwan Strait can only be changed peacefully and with the mutual consent of all parties involved."

Praise and criticism from Germany

The visit also triggered a debate in Germany. The CDU foreign politician Norbert Röttgen thinks the timing is wrong. "Due to the Russian war of aggression, there is currently more than enough international tension." The visit is purely symbolic, "which China in turn feels unavoidably provoked," he told the editorial network Germany (RND). However, China's threatening gestures are unacceptable.

On the other hand, the chairman of the Foreign Affairs Committee, Michael Roth (SPD), told the newspapers of the Bayern media group: "This visit is neither aggressive nor provocative." The foreign policy spokesman for the FDP parliamentary group, Ulrich Lechte, welcomed the fact that Pelosi had not been impressed by Beijing's attempts at intimidation.

The foreign policy spokesman for the Union faction, Jürgen Hardt, also praised the trip. "We cannot avoid conflict with China over key issues," he told the media group. The left-wing politician Gregor Gysi told the watson news portal that provocations should be avoided. China will leave Taiwan alone as long as it sees no threat to the one-China policy.

Green MEP Reinhard Bütikofer called on the EU to take Pelosi's visit as a model - despite China's harsh criticism. "Even we in Europe must not shrug our shoulders while the People's Republic tries to get the world used to the idea that the forced incorporation of Taiwan is inevitable," said Bütikofer. 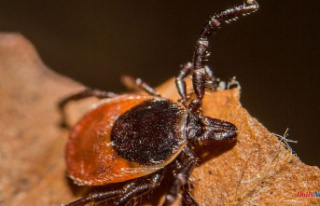 Ticks and Lyme disease: the reasons for the proliferation...