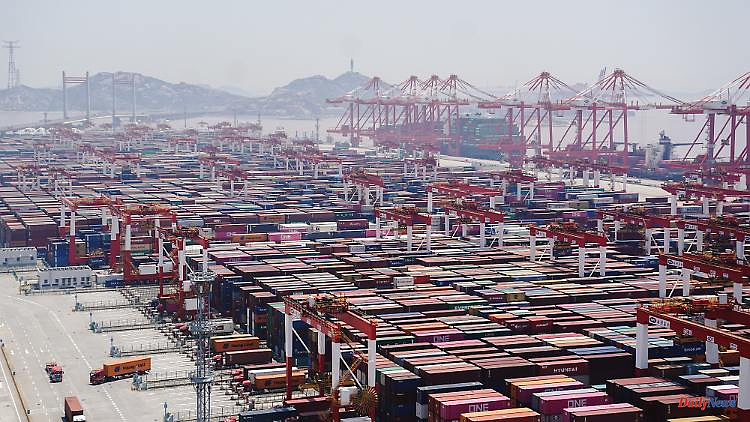 As the old saying goes, misfortune rarely comes alone. It could be the case for the global economy this year, as it is threatened with a triple - a parallel recession in the three most important economic powers, the USA, China and the euro zone. "The risks of a global recessionary triad are currently increasing day by day," warns Harvard economist Kenneth Rogoff. The reasons for the possible crash are quite different: In the United States, the upswing could be stalled by the interest rate hikes by the powerful Fed, in the People's Republic there is a risk of adversity from Beijing's strict zero-Covid policy, while Europe is facing the economic consequences of the Russian to create war against Ukraine.

A look at consumer confidence shows just how serious the US economy is: In May, this barometer fell to its lowest level since 2011 because high inflation, currently at 8.3 percent, is eroding consumer purchasing power. And if they start to skimp, the upswing is in danger: After all, consumer spending accounts for around 70 percent of the gross domestic product of the world's largest economy.

The Fed has recognized the danger. It recently dared the largest rate hike in 22 years and plans to follow suit to keep inflation in check. However, this has an unpleasant side effect. As interest rates on loans - for example for corporate investments or for consumption - become more expensive as a result, this can slow down the upswing. This is already having an impact on the real estate market. The number of new housing projects started fell in April, as did building permits. With an average interest rate of 5.30 percent for construction financing contracts with a term of 30 years, the highest value since July 2009 was reached.

More than 100 economists surveyed put the risk of the US economy sliding into recession in the next 24 months at 40 percent. "As the Fed appears to feel the need to 'catch up' to regain control of inflation and inflation expectations, a rapid pace of aggressive rate hikes increases the likelihood of a monetary policy misstep," warns ING Chief Economist James Knightley. "That could be enough to plunge the economy into a recession." Bank of America chief investment strategist Michael Hartnett is even more explicit: "'Inflation shock' is getting worse, 'Interest rate shock' is just beginning, 'Recession shock' is coming," he wrote succinctly to clients.

China is not struggling with inflation and rising interest rates, but with its corona policy. The best example of this is the financial metropolis of Shanghai: the giant city with more than 25 million inhabitants has been stuck in a lockdown for weeks, which is paralyzing the economy. Dozens of other major cities feel the same way. At least 373 million people in cities that account for 40 percent of China's economic output are affected, according to an analysis by economists at the Japanese financial group Nomura.

The consequences can be seen in the economic data. Property sales in April fell the hardest in 16 years, while industry slowed production, retail sales fell and investment growth was weaker-than-expected. At the same time, the unemployment rate soared to its highest level in more than two years. "The pandemic is having a relatively large impact on business operations," spokesman for the statistics office, Fu Linghui, had to admit this week. "The Chinese economy may already be in recession," warns top economist Rogoff.

The world export champion can hardly count on outside help. "Because at the same time, the high global demand as an important pillar of the economy is decreasing," says DZ Bank economist Monika Boven. After all, the economy in the important sales markets of the USA and Europe is cooling off. The state-backed nationalist tabloid "Global Times" has already felt compelled to issue a warning in view of the concentrated risks, which makes it clear how nervous the leadership in Beijing has become: "Anyone who assumes that China is threatened with a self-inflicted recession will suffer the consequences bear his mistakes".

Like the United States, Europe is suffering from high inflation, but the war in Ukraine is even worse. "With every week that the war lasts, the economic damage to Europe increases," warns Marcel Fratzscher, President of the German Institute for Economic Research (DIW). A delivery stop or an embargo on Russian natural gas and oil in particular can cause the economy to crash. "Such restrictions would drive the European economy into a recession in the next two years," emphasizes Fratzscher.

An abrupt cessation of Russian gas deliveries is likely to cause production in Europe's largest economy, Germany, to collapse by 114 to 286 billion euros in the first twelve months, according to a study by scientist Tom Krebs from the University of Mannheim. That would correspond to a loss of around three to eight percent of gross domestic product. In addition, consumers could spend less on other goods due to rising energy prices and increase uncertainty, which would reduce economic output by a further two to four percent.

As a result of a short-term natural gas embargo, an economic slump to the level of the Corona year 2020 or the financial crisis in 2009 could be expected, writes the professor of economics. However, it "could also lead to an economic crisis the likes of which (West) Germany has not experienced since the Second World War," warns Krebs. If that happens, the entire euro zone and the EU would probably shrink.

1 Honor in Aachen: Charlemagne Medal for historian Clark... 2 War in Ukraine exacerbates hunger: G7 brace themselves... 3 Barcelona, ​​Inter, Rangers: Who has to be afraid... 4 Fallen Steelworks in Mariupol: The resistance was... 5 Back on track after criticism: Russian military expert... 6 Smachnoho: Ukrainian Syrniki - Cooking with Anastasia 7 Mutti's house should believe in it: Leni Klum... 8 Sanctions must be lifted: Russia only opens Ukrainian... 9 What Terodde now has to prove: Flick puts the second... 10 In case of skin changes to the doctor: monkeypox detected... 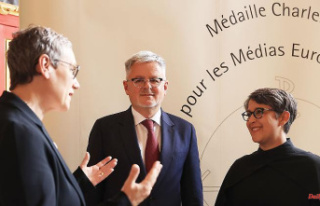