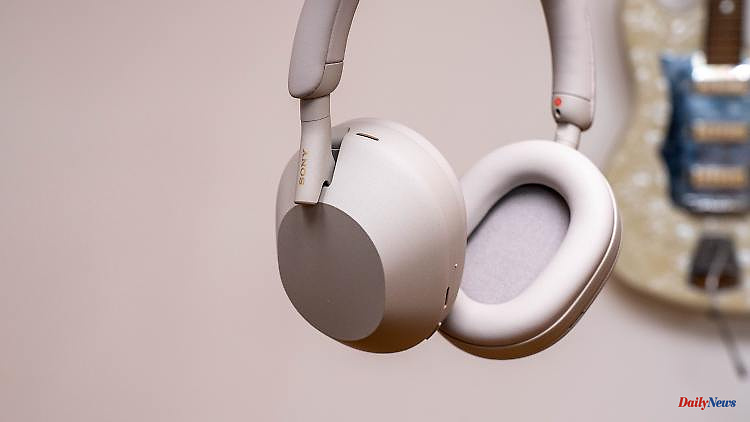 The Sony WH-1000XM5 sounds fantastic and offers superior active noise cancellation. They might be the best overall Bluetooth active noise canceling headphones you can get. At just under 420 euros, it is significantly more expensive than similarly good competitors.

The Sony WH-1000XM4 is considered to be one of the best Bluetooth active noise canceling (ANC) headband headphones to hit the market in the last two years. Sony has now presented the successor, which will be available in stores at the end of May for a whopping 419 euros. ntv.de has already tested the XM5 and is very impressed with the new Japanese flagship headphones - if only it weren't for the high price.

First of all, it is striking that Sony has radically changed the design of the series. Among other things, the shells are no longer collapsible and now hang on a slimmer metal bracket. This increases stability and reduces the risk of creaking noises. However, the headphones now take up more space in the luggage, even if they have a very flat transport box.

What is more important is that the XM5, which weighs just under 250 grams, is extremely comfortable but still stable on the head. You can wear it for several hours without any discomfort. The ears also have enough air.

Overall, the workmanship is of high quality, which is to be expected at such a price. However, according to the instructions, the Sony WH-1000XM5 does not tolerate sporty sweat or a small downpour.

Despite the changed design, control is carried out as with the predecessor via a touch surface on the outside of the right shell. Typers and wipers are recognized well, incorrect entries are a rarity. There are two separate buttons on the left shell. One is used for switching on and off as well as Bluetooth pairing, with the other one activates or deactivates ANC.

Sony has not only changed the design significantly, a lot has also happened under the hood, including the drivers that have shrunk from 40 to 30 millimeters. However, the reduction did not harm the sound. The XM5 offers a wonderfully clear and transparent sound on the big stage, which is based on strong, well-defined mids. Beneath this, powerful but well-dosed and precise basses form a broad foundation, while crystal-clear trebles provide numerous details.

The adaptability of the headphones to different music styles is impressive, which ntv.de tried out with a wide range of Spotify playlists, among other things. If you want to really ride the XM5, you can listen via cable or the Bluetooth codec LDAC High-Resolution Audio. The headphones are also capable of 360-degree sound, which can be particularly impressive with classical music. However, the range of supported music overall is still very rare.

The Sony WH-1000XM5 sets new standards in active noise cancellation. Among other things, it tops the already very strong ANC performance of the Bose QuietComfort 45. If desired, the headphones can independently recognize various everyday situations and adjust the function accordingly. For example, ANC works at full blast on an airplane or, for safety reasons, allows more outside noise to pass through on the road. This works very well with a short delay. Alternatively, you can specify settings for specific locations, which the XM5 determines and saves using the smartphone GPS location.

Simple situations with continuous noise, such as on an airplane or train, are child's play for the headphones' ANC. But it also almost completely dampens keyboard clatter or colleagues' conversations in the office. The XM5 is just as effective in suppressing road or construction noise.

If "Speak to Chat" is enabled, it automatically goes into transparency mode and pauses playback as soon as you start speaking. If you just want to hear what's going on around you, you can place your flat hand on the touch surface.

The Sony WH-1000XM5 also cuts a very good figure when making phone calls. Your own voice is heard clearly and clearly by the person you are talking to, even against loud ambient noise.

The excellent presentation of the headphones is complemented by the excellent Sony Connect app. In it you will find, among other things, an extensive equalizer or you can use the smartphone camera to analyze the ear shape for an improved sound experience. All settings can be saved and synchronized with other headphones from the manufacturer via Sony servers.

The predecessor lasted even longer, but with a battery life of up to 30 hours with ANC activated, the XM5 is still very enduring. An empty battery can be recharged in around 3.5 hours.

All in all, the Sony WH-1000XM5 is an excellent ANC headphone in every way. It leads the industry when it comes to noise cancellation, but few competitors can match it when it comes to sound. However, cheaper headphones such as the Bose Qietcomfort 45 (from 240 euros) or the Sennheiser PXC 550-II (from 200 euros) are not much weaker. An interesting alternative is above all the predecessor of the XM5, which is now available from around 290 euros. 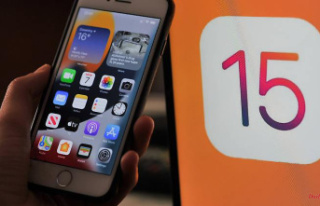