They were accused of spoiling the crops, of changing into animals to commit their misdeeds, even of dancing with the devil 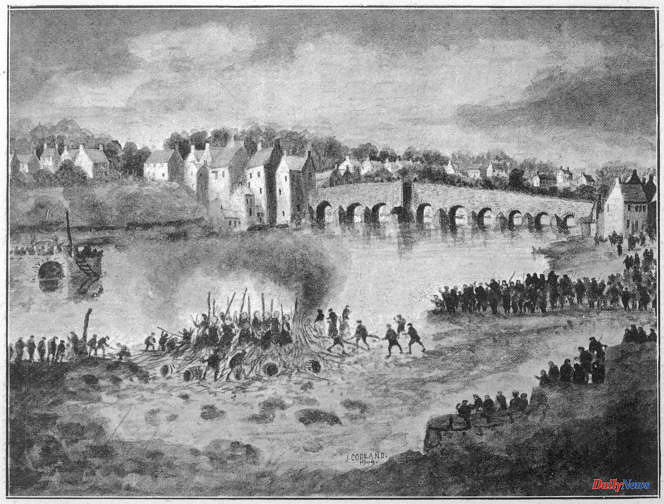 They were accused of spoiling the crops, of changing into animals to commit their misdeeds, even of dancing with the devil. In Europe, between the 16th and 18th centuries, thousands of women and, more rarely, men were tried for witchcraft. Almost systematically, these trials resulted in a death sentence. Historians speak of 200,000 witchcraft trials and 50,000 to 100,000 women burned.

In Scotland, the witch hunt was particularly virulent. According to a CityLab article, published in October 2019, the number of people accused of witchcraft there is "four to five times higher than the European average". Now, nearly three centuries after the repeal of the Witchcraft Act in 1736, campaigners are set to win a formal apology on behalf of some 3,837 people - 84% of them women – tried for witchcraft. It is estimated that about two thirds of them perished at the stake.

The Sunday Times reports that after a two-year campaign by the Witches of Scotland group, a Bill to exonerate the accused has been introduced in the Scottish Parliament and won the backing of the government led by First Minister Nicola Sturgeon. “It is right that this wrong be righted, that these people who have been criminalized, most of them women, be forgiven,” commented MP Natalie Don, behind this text, which should be voted on by now. summer 2022.

In 2001, a similar initiative allowed the House of Representatives of Massachusetts, in the United States, to proclaim the innocence of the victims of the Salem witch trials. Between 1692 and 1693, this series of trials resulted in the arrest of a hundred people and the execution of fourteen women and six men.

In Scotland, witchcraft trials began after the passage of the Witchcraft Act in 1563. Before this date, a few judgments are attested, but they are rare. The first witch hunt began in 1590. King James VI of Scotland, later James I of England, sailed to Copenhagen to meet his future wife, Princess Anne, sister of the King of Denmark . On the way back, the ship was caught in a storm. Various people were accused of trying to sink the king's ship. Eventually, over a hundred alleged witches were arrested in North Berwick, a port town in northeast Scotland. Many confessed under torture to having encountered the devil and sought to kill the king. About 70 people were tried.

James VI was particularly interested in the question. He even wrote a treatise, Daemonologie, in 1597, in which he encouraged witch-hunting:

"The alarming abundance, in our country, in our time, of those detestable slaves of the devil, witches and sorcerers, prompts me to write you this note (...) to remove the doubt (...) that such attacks of Satan are assuredly practiced, and that his instruments deserve the severest punishment. »

Over time, the king's interest in the subject waned. Even so, several major series of trials unfolded during the remainder of his reign and well after.

The Guardian cites other well-known cases of witchcraft trials. That of Lilias Adie, for example, accused in particular of having cast a spell on a neighbor to cause him a hangover. Sentenced to death, she succumbed in prison in 1704. Issobell Young was tried, strangled and then burned at the stake in 1629. A stable boy had accused her of having transformed herself into an owl and of having participated on Sabbaths.

The Witches of Scotland website points out that the attributes traditionally associated with witches – broomsticks, cauldrons, black cats and pointed black hats – were also given to Alewives, the name of women who brewed beer. The broom was used to inform consumers that beer was on sale, the cauldron to make it, the cat to ward off mice and the hat to distinguish them at the market.

1 An Asian puppet in the legendary American show "Sesame... 2 The first tacos with space peppers on the menu of... 3 Meteorologists running out of names for hurricanes... 4 How Harry Potter's "Diagon Alley" Ended... 5 American justice grants rights to Pablo Escobar's... 6 To have your statue in London, it is better to be... 7 The misadventures of an Instagram influencer to evacuate... 8 Detention center for migrants, the other face of the... 9 Dani, singer, actress and 'Paris by night'... 10 Ivana Trump, Donald Trump's first wife, has died 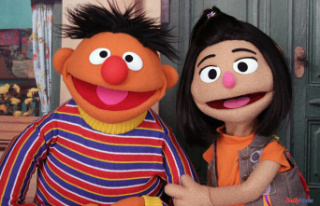 An Asian puppet in the legendary American show "Sesame...