"Victory will come to us": Zelensky films himself at the same spot as the day following the invasion on the 100th day.

In a short Instagram video, Volodymyr Zelensky, Ukrainian President, stated that victory would be ours on Friday, June 3, the 100th anniversary of the Russian invasion in Ukraine.

In a short Instagram video, Volodymyr Zelensky, Ukrainian President, stated that victory would be ours on Friday, June 3, the 100th anniversary of the Russian invasion in Ukraine.

He says, "State officials were here, defending Ukraine since 100 days." This 36-second video shows him filming himself outside Kyiv's presidential administration building with his prime minister. Denys Chmygal, and David Arakhamia, the leader of the current party.

This video is on the 100th anniversary of the Russian invasion in Ukraine. It reminds me of another message that the Ukrainian President recorded on February 25, 2015, the day after Russian forces entered Ukraine at same location and with his collaborators to reassure the Ukrainians.

Volodymyr Zelensky stated that all were present, soldiers and citizens are there, as well as society. "We are all together, we are all here to defend independence, our state," he said.

The Ukrainian Foreign Ministry stated that it would continue to support Ukraine with international assistance, particularly by increasing economic sanctions against Moscow.

The ministry's website states that "Aid for our state is today one of the best investments in peace and sustainable growth for all mankind."

Wladimir Klitschko (an ex-boxer from Ukraine and the twin brother to Vitali, the mayor of kyiv), denounced Friday "a special genocide by Russian soldiers against Ukrainian civilians." In a social media video, he stated that "we don't want 100 days more of war." He lamented that "nothing will restore our dead" or "mend the souls, bodies and souls of the injured," calling for "war against war." 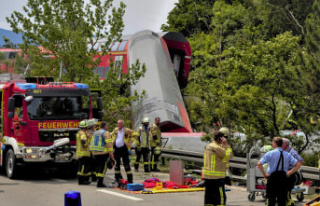