Vip Vip, Hooray!: Is the summer house a relationship killer?

Another love goes down the drain. 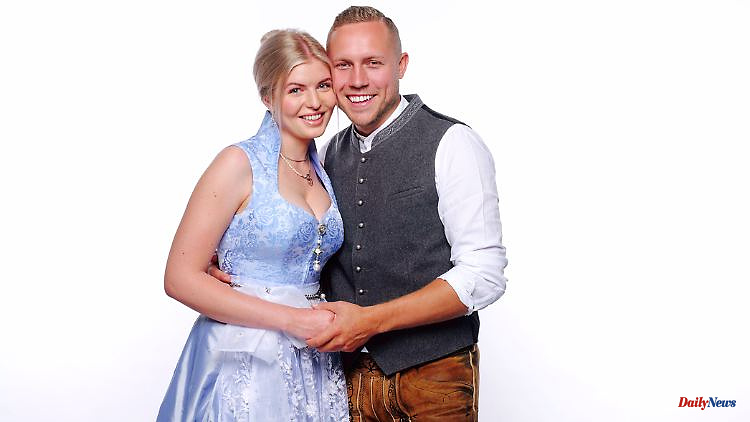 Another love goes down the drain. Farmer Patrick and his Antonia have split up! Meanwhile, Eric Sindermann unpacks in a podcast about his sex life. Gosh! What does that have to do with Cora Schumacher and Gina-Lisa Lohfink?

So many celebrities dream of vacationing in the "summer house of the stars", even if they are not alone, but have to share the rather run-down shack with seven other couples. But at the end of the trip, which has been widely discussed in the media, a suitcase full of coal beckons, possibly many more lucrative TV appearances and a big push for your own social media reach. Because nothing is as valuable as followers in times like these.

And of course the couples know that the well-paid vacation in front of the cameras is a certain stress test for the relationship. At the end of the three-week trip, many a couple have grown even closer together or - and this runs like a red thread through the format - go their separate ways. A look at the candidates for the summer house 2022 shows: The bunk beds, the saggy mattresses and the open bathroom are not necessarily conducive to little people whose relationship is already heading at a gallop towards the dusty panels of the rustic farmer's butt.

What did Antonia Hemmer fight for her love for the farmer Patrick! She didn't even show anything when "Exclusive" presenter Frauke Ludowig confronted her farmer with his external impact at the big reunion. She even recorded a song with him after the summer house, wanted to get into the music business. The hair has also become long and lush again with extensions - everything for the loved one. But now the separation!

"Due to the many ups and downs that accompanied our relationship, we had hope to the last to emerge stronger from this crisis. Unfortunately, our relationship did not withstand public pressure and the countless speculations of the past few weeks," write the two in a joint post on Instagram. sad box While many followers are of the opinion that Antonia deserves a more loving partner and one who publicly denounces her, there are initial speculations that the separation could be a cleverly engineered coup for the "Celebrity Separated" format.

With the self-proclaimed fashion king Eric Sindermann and his "Katha" (Katharina Hambüchen), the relationship cause is of course even sharper. Tears in the house, bad words, followed by the voluntary move out and media-covered arguments that have now even made it to court. In addition, mutual accusations and an article in the "Bild" newspaper with allegations that the flighty bad boy had choked his girlfriend - a nasty rumor that was deliberately launched, according to the man with the cardboard crown on his head. In the current podcast "Lose Luder" by Desiree Nick, he chats about his relationship with "Katha" and admits to being "horny and sex addicted". And possibly, according to the former handball player, it may also be that he once choked his ex-partner, whom he still loves. However, if at all, this only happened during sex and not during an argument. His dream woman, whom he gives a top grade in bed, would also confirm this, of course only if she has a pure heart

"99 percent of all women," continues Sindermann, would like to be choked during lovemaking. La Nick digs deeper and so the listener also learns that "Dr. Sindsen" was already in love with Gina-Lisa Lohfink and Cora Schumacher. In addition to "528" other women. But what did "Katha" say about her former partner's art of love? Unfortunately, the analyst is said to have complained a lot and gave Eric a grade of 6 for his bed performance.

These two also succumbed to the summer house curse: Vanessa Mariposa and Diogo Sangre! They still loved each other so deeply behind the shower curtain in the highly frequented bathing room! The reason for the love off: Diogo cheated on the fitness influencer. What remains of love: Dachshund Zorro.

Here is just a small overview of former summer cottagers whose love went flutes after the TV vacation: Johannes Haller and Yeliz Koc, Benjamin Boyce and Kate Merlan, Elena Miras and Mike Heiter, Eva Benetatou and Chris Broy as well as Andrej Mangold and Jennifer Lange. The separation between actress Michelle Monballijn and her husband Mike Cees - also a couple whose actions in the house went through the roof in the media - was already considered sealed. But the two worked hard on their relationship, went through therapy together and are said to be happier than ever today.

Hopefully the viewer is lucky too. "Celebrity Big Brother" is in the starting blocks. It starts tonight. The musician Jay Khan, whose smooching with the singer Indira Weis in the jungle pond in 2011 wrote trash TV history, is also part of the party.

Hopefully there will be a lot of fun with Jeremy Fragrance too. The perfume virtuoso should not be dependent on money and should already be a millionaire. More than 600,000 people follow the 33-year-old on Instagram. The fact is: With his extroverted nature, the influencer is anything but boring, which will presumably mean that he will drive his roommates crazy in no time. Yay! Until next week! 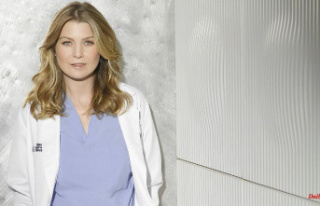