The actress Mimi Fiedler touches with an emotional statement, one of Putin's daughters is said to love the ex-head of the Munich State Ballet and the comedian Luke Mockridge is attacked again on the Internet. 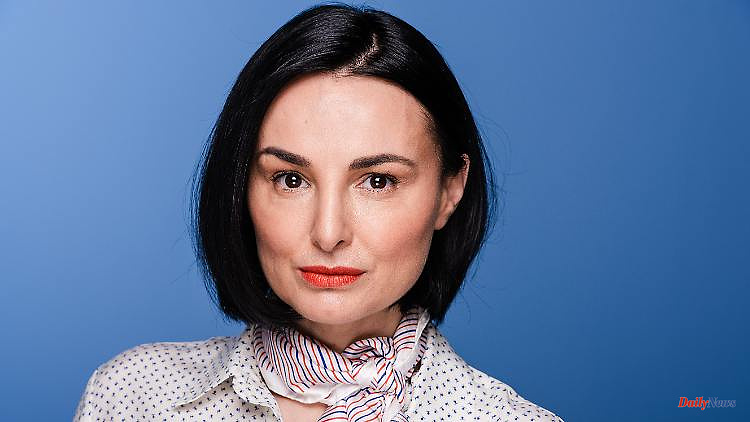 The actress Mimi Fiedler touches with an emotional statement, one of Putin's daughters is said to love the ex-head of the Munich State Ballet and the comedian Luke Mockridge is attacked again on the Internet. Celebrity Week at a Glance.

Early summer is really starting to kick in for the first time. A good opportunity to lie down in a deck chair on balconies or in the garden and see how the week went with the celebrities. Who made out with whom strangers? Which star is on everyone's lips at the moment and who is fed up with worrying too much about their looks? Vip, Vip Hooray! The new celebrity column is here!

This week, actress Mimi Fiedler made a very emotional statement on Instagram, speaking out against the many photo filters on the platform. She shows herself without make-up and immediately receives worried questions from her fans who want to know if she is sick. She just doesn't use a filter!

Fiedler says: "You can see my polished version here on Instagram, in my feed. You look through a kaleidoscope and it shows you manipulated images. There is nothing to be seen in these images of my struggle with the day-to-day lack of positive self-confidence. But now , where I FINALLY feel better about myself and about myself, a little bit more every day, now that I look in the mirror and LIKE what I see, now that I show myself without thinking about it, without make-up and without filters, I get asked if I'm okay. Because I look sick. How ironic, isn't it? I wish we could help each other show who we REALLY are. To grow. To heal."

We should all be more involved with the things we love and really enjoy. It doesn't involve emulating unattainable ideals of beauty dreamed up by a few dodgy Silicon Valley businessmen. More and more cosmetic surgeons are now warning of how dangerous all these filters are. Very young women usually come to her practice wanting to look like her pimped Instagram version.

Life, it's so precious. And it can be over so quickly! US actress Marnie Schulenburg died this week at the age of 37 from complications of breast cancer. The mother of a two-year-old daughter is best known for her role as Alison Stewart on As the World Turns. She bravely fought cancer for two years. On May 17, she closed her eyes forever.

Completely understandable when people don't constantly deal with sad things that are happening in the world and prefer to switch off. You can still partially do that if you put your feet up and watch one of the popular trash TV formats. The question of who all the participants are has now become a rhetorical one. The celebrity density: negligible.

In a few weeks, for example, the fourth season will go: "Beauty

Then rather let your soul dangle on board a ship with which the Kelly Family is traveling. "The Kelly Family Cruise" is supposed to be a very special cruise. For a whopping thousand, you can soon be attending band concerts, meeting the band members and maybe having an ass bomb with Angelo or Joey Kelly at one of the planned pool parties.

Amber Heard was convicted of lying in court, one of Putin's daughters is said to be in a romantic relationship with the ex-head of the Munich State Ballet and comedian Luke Mockridge is still being defamed as a "perpetrator" on social media. After months of being pilloried on the internet and even ending up in a psychiatric ward, the 33-year-old is currently back on tour.

There are demonstrations before his performances. The example of Gil Ofarim recently showed how dangerous it can be to ignore the presumption of innocence in our constitutional state. Shortly after his video went viral, in which he claimed to have been insulted in an anti-Semitic manner, the whole of social media rushed to the scene - a hotel in Leipzig. Meanwhile, there are considerable doubts about his descriptions and the singer has to answer for defamation in court. There the truth will be clarified. Not on the web. Until next week!

1 Striking voting result: did country juries cheat at... 2 Terzic should heal the club soul: BVB despairs of... 3 "Stand by Ukraine": G7 promises Ukraine... 4 No more Brexit disadvantages: Boris Johnson's... 5 Milk donations for strange babies: breast milk banks... 6 Dispute about the origin of Corona: Drosten wins in... 7 Professionals targeted by the police: arrests and... 8 End of an influencer marriage: Julian Classen confirms... 9 Depp and Heard in court: As if the Me-Too debate had... 10 41 degrees in Andalusia: Spain is suffering from a... 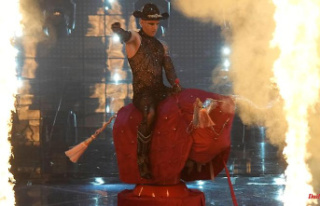