Nazi slogans and a presumed Hitler salute: all of Germany is talking about the Ballermann singer Melanie Müller. 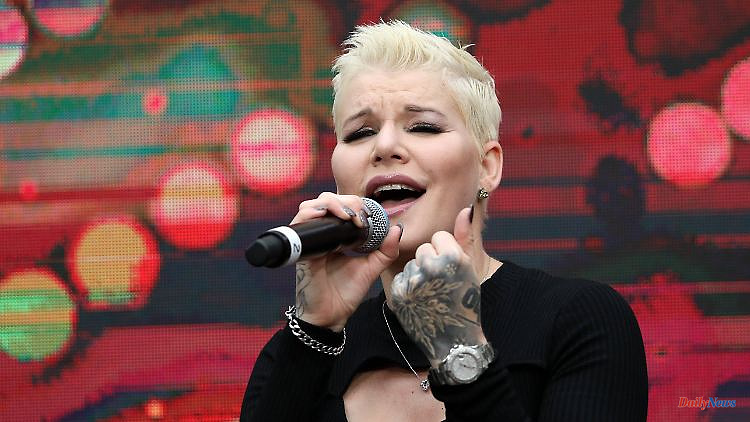 Nazi slogans and a presumed Hitler salute: all of Germany is talking about the Ballermann singer Melanie Müller. She herself says she has nothing to do with nationalist ideas. Doesn't she know what her performance location in Leipzig is all about?

You still can't believe it. Melanie Müller, the woman who inspired millions of TV viewers in 2014 with her once so natural and warm-hearted nature and became the jungle queen, is said to have celebrated with rights. All of Germany is talking about her performance in Leipzig these days, with people in the audience chanting right-wing slogans and raising their arms in the Hitler salute. The Ballermann singer stands on the stage and sings. After the first reports and film recordings of the said performance that have become public, Müller makes a statement that sounds flimsy. She says she canceled the performance and left the stage.

Yes, it's true: artists are on many stages almost all year round. Again and again they report that they no longer even know in which city they are actually performing. Or to which event they were even invited. Similar to what Melanie Müller says about her performance in Leipzig. This includes words like: "Nazis don't belong in my audience. I clearly distance myself from what happened (...) and hope that I'll have the opportunity to position myself publicly with some distance."

As if her statements were not questionable enough in view of the pictures, which speak a completely different language, the singer provides them with hashtags

There are many people who are of the opinion that the artist should be canceled because her new boyfriend is said to have connections in the right-wing scene. This reads in the comments under her statement as follows: "Oh dear, was the Nazi club thrown at you like so many others? Let the people talk, you didn't do anything, why do you always have to justify yourself?! "

Ms Müller sees it similarly. She is not right-wing, the media, especially RTL, throws “dirt” at her, trying to “attribute something” to her. It is simply a matter of "lies". "I'm physically quite battered right now and will therefore withdraw a little for the next few days, recover and try to process the whole thing. (...) I have nothing to do with right-wing extremists or nationalist ideas. I condemn that in the strongest possible terms."

Dear Melanie Müller, just purely hypothetically, everything you say is true: your new life partner only wore Thor Steinar clothes by chance. It was purely by chance that you found yourself in a situation in Leipzig that you deeply dislike. And just by coincidence - perhaps for scheduling reasons - you only managed to comment on the incident when it became public. Was your joke in 2014, which you made on the occasion of the publication of your book: "Do it yourself, otherwise nobody will do it to you - from wallflower to jungle queen" just coincidental? "I actually wanted to call it 'Mein Kampf', but I googled it - unfortunately the title is already taken."

Dear Melanie Müller, because, as you suggest, you do not know anything about the place where your performance took place on September 17, 2022, here is some information about the buildings on Kamenzer Straße in - your hometown! Where right-wing rock concerts are repeatedly held today was once the largest women's satellite camp of the Buchenwald concentration camp.

The "Arolsen Archives - International Center on Nazi Persecution", center for documentation, information and research on National Socialist persecution, Nazi forced labor and the Holocaust, writes on its website: "With more than 5000 prisoners, the subcamp (.. .) the largest women's satellite camp of the Buchenwald concentration camp." (...) It is the only authentic building of a concentration camp subcamp in the city of Leipzig that is still preserved today. (...) In April 2021, a swastika flag was said to have been found during a raid on the premises of the "Sin City Boygym" boxing club. The Saxon Office for the Protection of the Constitution lists the place as a "property used by right-wing extremists".

And Deutschlandfunkkultur writes that the SS evacuated the camp from April 1945 and "sent the forced laborers on several death marches across Saxony." For "almost 15 years" the building complex has belonged to "the self-confessed right-wing extremist Ludwig K. (...) who today calls himself "Prince of Prussia" (...) and is used by the militant neo-Nazi scene as a meeting place."

So if it is as you say it is, dear Ms. Müller, and you are against Nazis, then you can certainly consciously help to ensure that this memorial in your hometown of Leipzig, which is "testimony to forced labor and the inhumanity of the Nazi regime" is no longer a hotbed where right-wing ideas are indulged in and people raise their hands in a collective Ballermann frenzy for the Hitler salute.

Even if the singer states that she has been doing "this hand movement (...) for years": Mike Blümer, estranged husband and father of her children, says he was "shocked, at a loss, speechless. I recognize Melli Müller as a person , who is still my wife, not again".

It's the sad case of a once-popular "Girl from the East" who won the jungle crown in 2014 for her chummy nature. Eight years later she will raise her hand eight times and say it wasn't a Hitler salute. 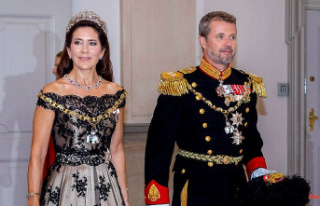