Recently, the Queen has mostly been seen with a walking stick. 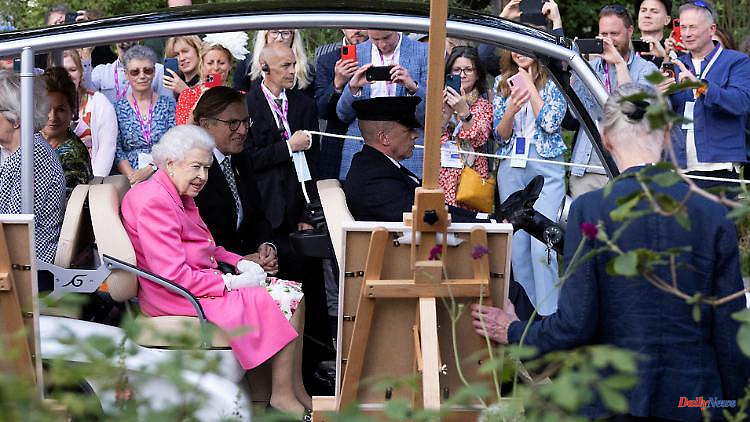 Recently, the Queen has mostly been seen with a walking stick. The 96-year-old is no longer too good on foot. However, that doesn't stop her from continuing to appear in public. If necessary, she can be chauffeured - like now at a garden show in London.

Queen Elizabeth II appeared at the Chelsea Flower Show in London. One day before the official opening, however, she did not visit the garden show on foot, but was chauffeured in a golf buggy. On her journey through ten gardens, the monarch beamed all over her face.

For her appearance, the 96-year-old had opted for a colorful outfit: The Queen wore a pink coat, a white dress with a floral pattern and matching white gloves.

As the British "Daily Mail" reports, the Queen's new golf buggy with the cream-colored leather seats is worth around 62,000 pounds (about 73,000 euros). The four-seat vehicle is described as the "Rolls-Royce of premium golf carts". The battery-powered buggy has a range of 50 miles before it needs to be charged.

A Buckingham Palace spokeswoman confirmed that "adjustments have been made for the Queen's comfort". The buggy has, among other things, a small refrigerator, a screen with maps and weather information and doors with protection against rain and wind.

In addition to the Queen, other royals also visited the Chelsea Flower Show: Prince Edward and his wife, Countess Sophie, and Princess Beatrice and her husband Eduardo Mapelli Mozzi also appeared at the garden show.

The Queen, who was in poor health, had recently appeared more frequently in public. About a week ago she was beaming with joy from the stands at a horse show at Windsor Castle. Shortly thereafter, she paid a surprise visit to London's Paddington station to inspect the now-completed "Elizabeth Line".

The Queen celebrates her 70th anniversary on the throne this year. The central celebrations for this begin on June 2nd. 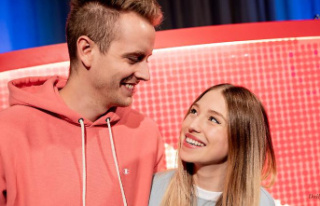 Millions of fans shocked: is Bibi's love off...