Wanda with the album "Wanda": "We were lunatics with a hangover"

It's been eight years since Wanda released their first album "Amore". 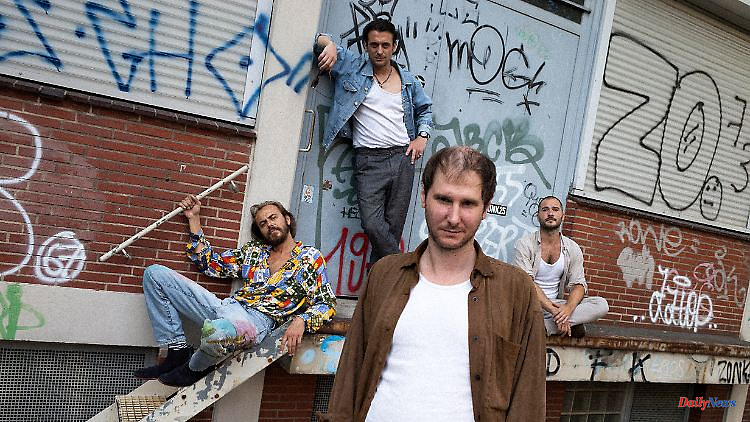 It's been eight years since Wanda released their first album "Amore". At some point, the Austrians also convinced the German audience of their qualities with a lot of Viennese humor and hits like "Bussi Baby" and "My Two Sisters". Now the band around frontman Michael Marco Fitzhum aka Marco Wanda is celebrating its tenth anniversary and at the same time releasing their fifth long player under the catchy title "Wanda". However, all of this is now overshadowed by the death of longtime keyboardist Christian Hummer, who died at the beginning of the week at the age of only 32 after a long illness.

Marco Wanda and his bandmate Manuel Christoph Poppe spoke to ntv.de in mid-August about what it's like to suddenly be on stage sober and what other insights the past two years have brought them.

ntv.de: It is more common for bands to name their debut album after themselves. You only did that now with the fifth album. Does that have anything to do with the fact that this is the anniversary album?

Marco Wanda: There are many reasons. On the one hand that, on the other hand we see it as a bit of a task for ourselves to find out after ten years what Wanda actually is for us. What should it be in the future? And there's another anecdote: We have a fan, she once came to a meet as part of the promo tour for the last album

That's very considerate of you. But couldn't it have been "dog" or "car"?

So you thought a lot about yourselves during the production of this album?

Marco: We're still at it. It all just happened very quickly. This hype about us was kind of a false promise. We were always told he would quit, but he didn't. It felt like a single climb and at some point its speed became unbearable for everyone involved. The pandemic gave us the opportunity to really reflect for the first time. Sitting down and asking ourselves, how are the others doing with it? Is that according to our ideas? What should that look like in the future? Do you do it forever, do you do it for five years? Do you take a break et cetera.

What insights have you come to so far?

But this stage presence of all things was what was missing during Corona.

Marco: That's right, it wasn't difficult to find out that it was great before. To be honest, I didn't always like being on stage that much.

Was that due to the performance itself or the trappings, the tour life in general?

That. This eternal balancing act between on the road and private life. I've struggled with that for years. Now I sort of sorted it out for myself. It took me a while to enjoy the moment.

Manuel Poppe: We were always bang-closed. Before the pandemic, that was the first tour I played completely sober. Then you can see the people.

Marco: I was never drunk in any way. But hung over. Playing hungover is worse than being active on substances. But to answer the first question as promotionally as possible: The title and the album are a gift to this audience that has been loyal to us for ten years. That through the whole pandemic has not returned the tickets for the replacement dates. It's a bow to the audience.

During this time, were you worried that - now that you've finally discovered sober playing for yourself - you won't go back on stage like before?

Marco: Never really worry. We have a fantastic live crew who made it clear to us very quickly: "We're here." The first show we played after this long break was at the Ernst Happel Stadium in Vienna. A benefit concert for the people suffering from the war in Ukraine. A big thing. Here, too, this team tore down the voluntary work. At that moment I realized how lucky we are. What great people who, for the first time after a two-year break, just stand in the stadium without any sign of rusting, check everything, make everything perfect, so that we can play our show on this important, moving occasion.

Although you can't blame anyone from the event industry for looking for a new job during the pandemic...

Marco: Of course. It was tough for everyone. It knocked out some of them too. We also lost a few people. They changed branches or something. But the people who are there now really want it. That's a leap of faith that we have to redeem because we were difficult. Working with us wasn't always easy.

On tour because of your condition?

We were five maniacs with a hangover. Working with them is difficult. We were like in a movie. I was blind to the sensitivities of everyone around me, I have to say. At some point I woke up and now it is very important to me how the others are doing. I think the dialogue has deepened.

What primarily caused this change?

Marco: For me it was a wake-up call that our drummer left. I didn't understand that at first. I respected it and accepted it, but I didn't understand it. But when someone tells me, "I don't want to do this anymore," my first question was, "Why?" But then I had to look for them among the bereaved, so to speak. What's wrong with us that one leaves? Of course there are personal reasons, but something must have gone wrong. Too much pressure, too intense or whatever. These things got through to me.

With your first drummer Valentin you found a great replacement for your second drummer who left...

Marco: Yeah, we're just lucky, aren't we? That too. I don't know of a second example in music history where an old friend, a former founding member, seamlessly rejoins eight years later.

Manuel: Yes, with the Ramones. Marky Ramone left once, spent eight years in rehab, and then came back.

Almost a reunion - like Jennifer Lopez and Ben Affleck. They were separated for 17 years and continue seamlessly where they left off. They even got married.

Marco: We have now more or less married Vali.

Did this new old constellation do something with the band structure again?

Marco: Yes, yes. The Vali is a very calm, tidy, thoughtful, reflective person. That is very good for us.

Manuel: The idea of ​​bringing a total stranger on board after eight or nine years is frightening - for you personally, but also for any musician you don't know and whom you first have to get to know. When a new, old musician comes along, where you trust each other, that's very special.

Marco: It was his idea. It was like he knocked and asked if you could imagine that. I said, "We'll see," but inside I was like, "Sure, sure." Just don't get too excited. But actually best now, best yesterday. Rehearsals with him were like therapy. We always made music for five minutes and then spent hours telling him what the last five years had been like. He listened patiently, it must have been very tiring.

Do you think your audience will feel the mental changes within the band on stage?

Marco: Somehow the family atmosphere behind the stage and in the whole team is transferred to the stage and the audience. Yes, I would say, it feels like it. The energy is completely different. It's a very good vibe at the moment. But there is also a surprising amount coming from the audience. The first shows, the curtain falls and the question is what do you see now? After two years? What faces do you see? And I only see laughing faces with eyes rolled up and hands in the air. It was then clear to me that they were just as starved as we were. We really missed each other.

The album "Wanda" will be released on September 22nd. 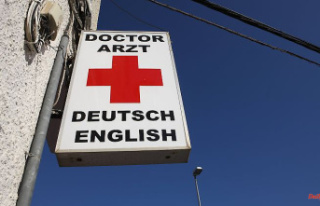