War in Ukraine: faced with nuclear risk, the useless rush for iodine tablets

By brandishing the weapon of the nuclear threat last weekend, Vladimir Putin created an influx of worried citizens into pharmacies. 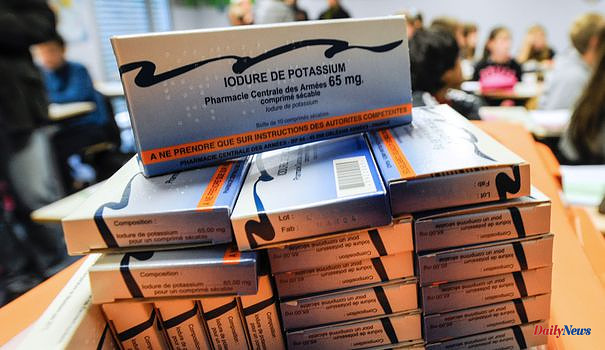 By brandishing the weapon of the nuclear threat last weekend, Vladimir Putin created an influx of worried citizens into pharmacies. The Russian attack, on the night of Thursday March 3 to Friday March 4, of the Ukrainian nuclear power plant in Zaporijjia, the largest in Europe, probably did not reassure the most alarmist, those who fear a major catastrophe. In recent days, health organizations in several countries have noted a runaway search for potassium iodide tablets, or stable iodine, in pharmacies. And try to appease the phenomenon.

On Thursday, Croatian doctors also warned of the dangers associated with an uncontrolled intake of these tablets. On the same day, in one morning, more than 56,000 boxes of ten iodine tablets were sold in Belgium, according to the Belgian Pharmaceutical Association (APB). In France too, pharmacists have been visited by citizens wishing to obtain them. Without success: unlike the Belgian neighbor, France does not sell these tablets in free access.

Taking potassium iodide is one of the measures recommended in the event of a nuclear accident. The drug, ingested no earlier than one hour before exposure to radioactivity and no later than six to twelve hours later, according to the Institute for Radiation Protection and Nuclear Safety (IRSN), helps protect the thyroid. This small gland, located under the skin of the neck, "will absorb stable iodine until saturation, and will therefore no longer be able to assimilate radioactive iodine which may possibly be inhaled or ingested", indicates the Ministry of the Interior. Stable iodine tablets, on the other hand, do not protect against other radioactive particles (for example cesium 134 or cesium 137) and "must be administered in an accident situation and only on the instructions of the authorities".

In France, they are neither accessible everywhere nor by everyone. The distribution of stable iodine is placed under the responsibility of the prefects, it is ensured at the level of the departments and regions. Since 1997, preventive distribution campaigns for these tablets have been organized for people living or working near one of the 19 nuclear power plants. And only pharmacies located less than 20 km from the sites can issue them, free of charge, on presentation of proof of residence or a withdrawal voucher.

“These pharmacists have a list of people to whom to give them, specifies Pierre-Olivier Variot, president of the Union of pharmacists’ unions in pharmacies (USPO). And the other pharmacies, outside this radius of 20 km, n don't have any in stock." This scope should be extended this year to military ports (Brest, Cherbourg, Toulon) and a few research centres. From 2.2 million, the number of people concerned would thus increase to 4 million.

To manage the needs of this part of the population living near the power stations, the tablets are manufactured by the central army pharmacy, based in Orléans (Loiret). Last year, for the renewal of state stocks, 53 million stamps - in boxes of ten or thirty tablets - were packaged there. No risk of shortage in sight. No reason to use it for prevention.

"These tablets are useful when there are releases from the reactors. This is not the case in Ukraine and we are absolutely not there in France", assures a nuclear expert. In a tweet, the Belgian Federal Nuclear Control Agency confirms that "the current situation in Ukraine does not require the taking of iodine tablets". Abuse of these pills can also lead to adverse effects, particularly on the thyroid, which they are supposed to protect in the event of a nuclear accident.

1 Offspring: quintuplets with the cheetahs in Wilhelma 2 "Who wants to be a millionaire?": Were three... 3 Ekaterina Leonova: She is happy about a residence... 4 Dominic Monaghan: Actor hasn't seen a "Lost"... 5 "Battle of Civilizations": Orban calls for... 6 Mild symptoms: Lauterbach infected with Corona 7 Military: USA: Overreaction by China after Pelosi... 8 Association calls for the end of tax breaks for plug-in... 9 Minister of Health Lauterbach tested positive for... 10 Emergencies: mast hit by tractor - tens of thousands... 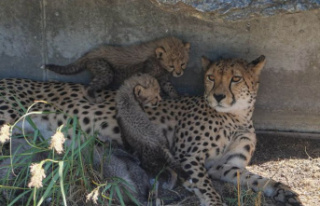 Offspring: quintuplets with the cheetahs in Wilhelma