War in Ukraine: is the Ukrainian army really endangering civilians?

In its latest report on the war in Ukraine, published Thursday, August 4, Amnesty International leaves little room for nuance. 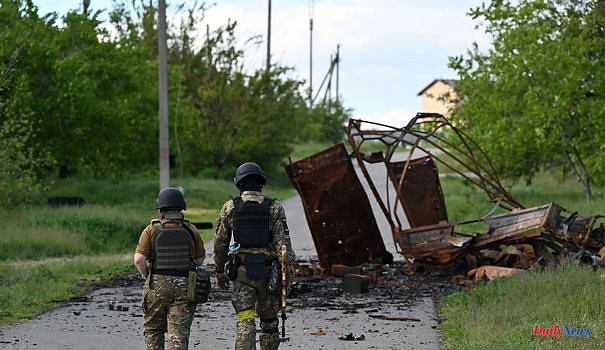 In its latest report on the war in Ukraine, published Thursday, August 4, Amnesty International leaves little room for nuance. Frankly, the NGO accuses "Ukrainian combat tactics of endangering the civilian population". The main criticisms leveled at it are the installation of military bases in residential areas, notably in empty schools and hospitals, close to civilians who are still there. The NGO also specifies that "these violations in no way justify the attacks carried out indiscriminately by the Russian forces, which have caused numerous deaths and injuries among the civilian population". The survey was conducted in the regions of Kharkiv, Donbass and Mykolaiv, between April and July.

Exasperated by the assertions of this report, Ukrainian President Volodymyr Zelinsky strongly denounced, in his televised speech on Thursday, "an attempt to grant amnesty to a terrorist country", which places "the victim and the aggressor in a certain way on an equal footing". Faced with the controversy that has swelled for several days and the accusations of serving Russian propaganda, the secretary general of Amnesty International declared to AFP by e-mail: "We fully maintain our conclusions". But then, does the Ukrainian army really endanger civilians?

For Michel Goya, a former colonel in the navy, now a war historian, "Amnesty International is a serious NGO which can be trusted, however this report does not say much", points out it with L'Express.

And for good reason: according to Amnesty International, the Ukrainian army violates international law by using schools as a military base, even if they are empty. The NGO points out, in its report, that "international humanitarian law does not specifically prohibit the parties from basing themselves in schools. However, the military has an obligation to avoid using schools located near houses or apartment buildings full of civilians, as this would endanger their lives, except in cases of absolute military necessity, in which case the military must warn the civilians and, if necessary, help them to evacuate the premises. This clearly did not happen in the cases investigated by Amnesty International." Michel Goya points to him, "a very strange accusation". "They are very nice, but in the meantime we have to wage war, and using empty schools is not prohibited by international humanitarian law," he explains.

As far as hospitals are concerned, the NGO's investigators indicate that they "noted the use of hospitals as de facto military bases by the Ukrainian forces in five localities. In two towns, dozens of soldiers were resting, working and ate their meals in hospitals. In another town, soldiers were firing from positions near a hospital." An accusation that Michel Goya describes as "fuzzy": "textually, Amnesty simply tells us that Ukrainian soldiers rest in hospitals... There are no observations of clear facts of the use of a hospital as a shooting base.

More generally, the organization denounces the installation of the front near houses where civilians still live. "In this war, a lot of fighting takes place in the city. Big cities have fallen, like Mariupol. Fighting near civilians is inevitable", recalls Michel Goya. International humanitarian law prohibits involving the population in combat, but not using civilian infrastructure to fight if they have no choice. "The population is never completely evacuated, there are people who do not want to leave, but also Russian pros who are happy" to be freed "", notes the former soldier. And to add: "The only error of the Ukrainian army is perhaps not to have declared the city open". Which would amount to surrender, to avoid ruin.

Moreover, if the NGO denounces fighting too close to the population, which puts it in danger, it does not report abuses of rape or violence. "Finally, this report shows that the Ukrainian army behaves well with civilians", comments Michel Goya.

Since the publication of the report on Thursday, many voices have been raised to criticize Amnesty International's method. Starting with the head of the NGO in Ukraine, Oksana Pokaltchouk, who announced her resignation this Saturday, August 6. She criticizes the report for having unwittingly served "Russian propaganda". She also denounced the fact that the Ukrainian members of Amnesty were not integrated to carry out this investigation, carried out only by external teams. "Everything crashed against the wall of bureaucracy and the language barrier of the deaf, she wrote in a Facebook post published overnight from Friday to Saturday. It's not about English, it's about is about the fact that if you don't live in a country overrun with invaders tearing it apart, you probably don't understand what it's like to condemn an ​​army of defenders."

In the columns of the newspaper Le Monde, the reserve colonel and Ukrainian military expert Serhiï Grabsky remembers having "encountered similar characters during [his] mission in Kosovo". "They have very fixed theoretical ideas on the norms of international law, he says. Everything must fit into the boxes and regardless of the context, the realities and the complexities of the field." An observation shared by Michel Goya: "in fact they apply what they believe to be international law. If I come back to the example of schools, they even go beyond international law. Because it recognizes the possibility of use empty schools in times of need while they condemn him."

If, on the Ukrainian side, the report is vilified for the idea that it serves the discourse of the enemy, the situation is reversed in Russia. "This report, or at least this very affirmative title, obviously serves Russian propaganda, comments Michel Goya. Amnesty International - and the seriousness that we usually know about it - serves as a guarantee. For once it is not a Russian media which disseminates such information, but a renowned NGO".

However, the specialist insists: it would not be a question of losing interest in the Ukrainian army. "It is not because it can serve the enemy propaganda that it should be forbidden to carry out investigations. There have been abuses committed against Russian soldiers which have been documented. These are facts. Simply this latest investigation gives the impression that the situation is as serious on the Ukrainian side as on the Russian side, when in reality there is not even a possible comparison between the amounts of war crimes that can be attributed to the Russians and to the separatists and to those that can be attributed to the Ukrainians," he concludes. 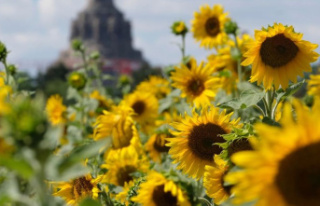