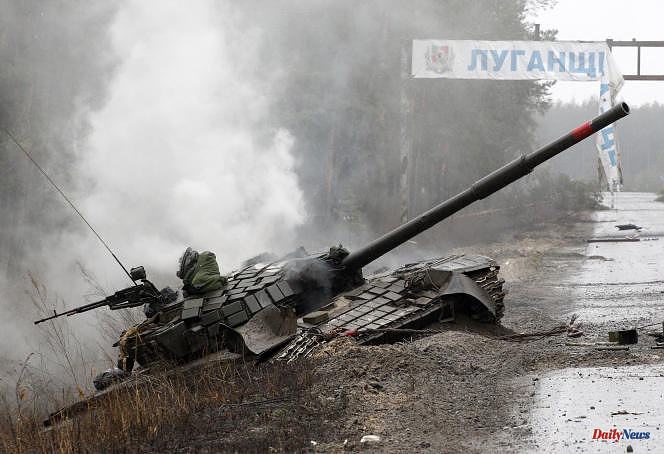 “Our fighter jets start bombing in ten minutes. You understood me ? The Russian recipient who receives this radio transmission from a soldier on the Ukrainian front did receive the information - and he is not the only one. Ukrainian soldiers and anyone who knows how to intercept unsecured radio communications could hear it too. The Russian military may be one of the most powerful in the world, but it uses public radio waves (and therefore accessible to anyone who wants to listen) for some of its strategic communications on the battlefield.

As Liberation already explained on March 9, images from the field have shown for several weeks that Russian soldiers have been using unprotected civilian radios. Several radio amateurs - specialists or volunteers able to pick up, thanks to radio receivers, exchanges broadcast on free waves - were thus able to listen to and record communications from the Russian army.

The New York Times got a hundred of them concerning the battles around Makariv, at the end of February, west of kyiv. Cross-checked with videos and testimonies on the ground, they highlight a form of unpreparedness, even amateurism, of the Russian forces in the first days of the conflict.

Recklessness also of the generals

The American daily published in a video, Wednesday March 23, extracts from these exchanges during which Russian units reveal, on unsecured frequencies, strategic information on their military actions, in progress or to come, or on their positions. One therefore announces the imminent attack of fighter planes. Another states that his unit is "withdrawing from Motyjyn" abandoning a "damaged" armored vehicle.

“Decision has been made to withdraw all Russian units from the residential area, artillery will target the area,” warns another Russian soldier on the air, publicly disclosing the explicit order to target a residential area. According to The New York Times, residents of Makariv and surrounding areas confirmed that the Russians had indeed fired indiscriminately at their homes. "It could be a war crime," writes Christiaan Triebert, one of the authors of the investigation.

The use of these unencrypted communications is not the prerogative of ordinary soldiers and has serious consequences for the forces of Vladimir Putin. According to the New York Times, generals also used unsecured radios and phones, which allegedly allowed Ukrainian forces to track down, locate and kill at least one of them.

These recordings, in which soldiers caught under the fire of bullets, sometimes panicked and on the verge of tears, cry out for help, are also damning for the image of the Russian army. They also corroborate the videos of broken down tanks or soldiers without supplies which surprised many analysts at the start of the conflict. “Urgent need for fuel, water and food supplies,” a unit near Makariv called in late February.

In these communications the organizational and logistical failures of the Russian forces are apparent. Witness this tense exchange between two units:

“– YUG-95: Request air support from Lampas, from helicopter, do you read me?

Half an hour later, the same YUG-95 again addresses BURAN-30: "You forgot the fucking air support!" You fucking forgot! »

This use of unprotected radio frequencies is the door open to interceptions, but also to jamming and interference, which the Ukrainian forces have not deprived themselves of. In exchanges published by Liberation, we hear for example the Ukrainian anthem broadcast in the middle of an exchange between Russian units. In those of the New York Times, BURAN-30, visibly in difficulty, asks for a "fallback solution". A Ukrainian responds: "Go home, Buran. Better to be a deserter than a fertilizer. »

According to the American media, the Russians have understood their mistakes and now go more through coded language and secure phones, but some of their communications are still accessible. Proof that, if the painful advance of the Russians in Ukraine owes a lot to the resistance of the attacked country, it is not foreign, far from it, to the internal fragilities of the forces of Moscow.

1 Disney hopes to revive its dream of a utopian city... 2 Jean-Michel Blanquer in Ibiza: Twitter, decompression... 3 Mothers, absent from family photos 4 The shrimp, champion of the opposition to Jair Bolsonaro 5 Victims of witch hunts between the 16th and 18th centuries... 6 An Asian puppet in the legendary American show "Sesame... 7 The first tacos with space peppers on the menu of... 8 Meteorologists running out of names for hurricanes... 9 How Harry Potter's "Diagon Alley" Ended... 10 American justice grants rights to Pablo Escobar's... 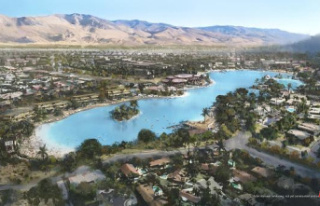 Disney hopes to revive its dream of a utopian city...