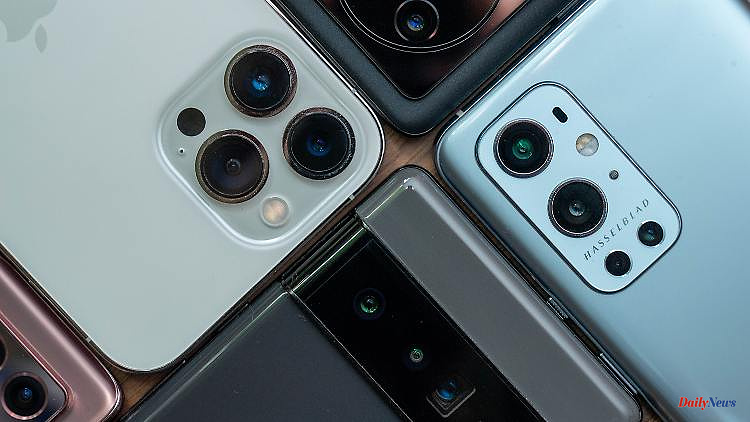 Manufacturers of top smartphones mainly compete for customers with camera equipment. Tests by Stiftung Warentest and DxOMark show which devices have the best snaps.

Even with mid-range smartphones for less than 500 euros, you can now take good photos and shoot decent videos, and even night shots are part of their standard repertoire. If you want the best cameras, you usually have to dig deep into your pocket and spend around 1000 euros or more, as tests by Stiftung Warentest and DxOMark show. There are also a few cheaper devices in the leaderboards.

At Stiftung Warentest, Apple's iPhone 13 Pro and iPhone 13 Pro Max (from 1150 euros/1250 euros) took first place, receiving a grade of 1.7 for their camera performance. Photos taken under normal lighting, videos and shutter lag were rated very well ( ), all other categories were good ( ).

The iPhones share the lead with the Samsung Galaxy S22 Ultra (1180 euros), which was also able to achieve a partial grade of 1.7. The testers rated its optical zoom with tenfold magnification as very good, otherwise the smartphone passed all camera tests well.

In second place are the Samsung Galaxy S22 (825 euros) and the Galaxy S22 (1050 euros) with a grade of 1.8 and identical camera equipment. Although it only optically enlarges three times, its telephoto camera also performed very well, and there were also two plus signs for the short shutter lag. Overall, they received a grade of 1.8 for their camera performance.

A year older, but an equally well-rated camera artist is the Samsung Galaxy S21 Ultra (1120 euros). No wonder, its equipment hardly differs from that of the successor.

The product testers also rated the camera performance of the iPhone 13 (900 euros) and the iPhone 13 mini (780 euros) with a grade of 1.8. Because there is no telephoto lens, there was only a satisfactory rating (O) for the digital zoom shots, but Apple's standard devices can also shine with their videos and a jagged shutter lag.

Because the French camera experts from DxOMark don't award grades but points, their charts are clearer than those from Stiftung Warentest, and they also go into more detail. They also rate more devices, but not necessarily the most common in Europe.

The leader here is the Honor Magic4 Ultimate with 146 points. Among other things, it impressed the testers with "high-quality photo results in all test categories and in all lighting conditions". In addition, there is an enormously jagged autofocus, a “real flagship zoom” and an exceptionally good ultra wide-angle camera. In the video rating, however, the device lags behind the iPhone 13 Pro.

The Honor Magic4 Ultimate is not yet available in Europe, Honor may announce a date at the IFA in Berlin in early September. In the US, it costs around $1200.

The Huawei P50 Pro is just behind with 144 points. DxOMark also certifies it "high-quality photo results in all test categories" and a particularly good ultra-wide-angle camera. The highlight, however, is its telephoto camera, which has the best individual rating in this category with 64 megapixels and a fivefold optical zoom. DxOMark also finds the videos "excellent".

The Huawei P50 Pro is already available online for around 815 euros, although it was only launched in February for 1200 euros. This is probably mainly due to the fact that Huawei is not allowed to offer Android with Google apps due to a US embargo. In addition, the device is not 5G-capable. The same restrictions apply to the folding smartphone Huawei P50 Pocket, which is one of the good third-place finishers in the product test.

The third-placed Xiaomi Mi 11 Pro has completely different problems. Because the device was sold out just a few months after it was released in March 2021. It may have fallen victim to the general shortage of chips. In any case, it wasn't because of his cameras, they were rated with 143 points. Overall, the performance is at a high level, only the selfie camera was not great.

The Huawei Mate 40 Pro took fourth place in October 2020 with 139 points. But even at this point, the US embargo was already in effect and you would normally look for the device in vain in online shops. It should therefore only be mentioned that the testers especially praised the smartphone's night shots.

Because the first four places are occupied by devices that are difficult to obtain in Germany or that lead a niche existence without Google services, the iPhone 13 Pro duo is also practically at the top in DxOMark, although it "only" has 137 points in the account.

DxOMark attests the Apple flagships "high-quality images in all recording situations with beautiful colors" and even goes so far as to describe the performance as a "new standard" for videos by which the competitors have to be measured. Apple gambled away a significantly higher overall score with the zoom camera in particular, which does not reach a top level with a triple optical magnification.

You can skip sixth place. Because the Huawei Mate 40 Pro occupies it with 136 points, which is out of the race for the same reasons as its Plus version.

The Google Pixel 6 Pro is in seventh place in DxOMark with 135 points. The testers certify the main and telephoto cameras as having "consistently high image quality" and they like the video recording with good stabilization and a good dynamic range. However, they do not find the ultra-wide-angle camera good enough for the price segment, and an optical magnification of only four times costs the telephoto camera a number of points, despite the quality.

The next smartphone easily available in Germany in the DxOMark charts and thus unofficial third place is the Google Pixel 6 with 132 points. The main and ultra-wide-angle cameras are the same as the Pro variant, and there is no telephoto camera on board.

The ranking is remarkable, because the Google smartphone was even able to outperform the Samsung Galaxy S22 Ultra, which only got 131 points. The examiners praise his photos "with consistently precise exposure and vivid colors in all lighting conditions" and also rate the zoom performance and video recordings highly. However, they have also identified shortcomings, especially in complicated lighting conditions. 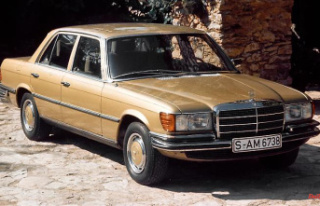