Amber Heard has accused Johnny Depp and his divorce attorney Adam Waldman of orchestrating a smear campaign against her. 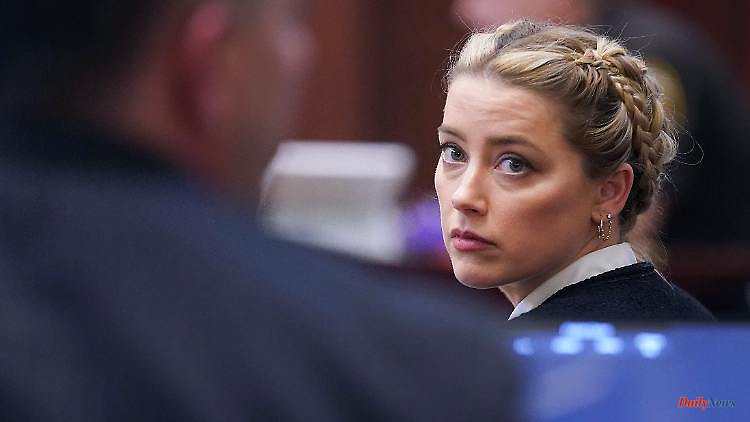 Amber Heard has accused Johnny Depp and his divorce attorney Adam Waldman of orchestrating a smear campaign against her. In the libel trial, Waldman is subpoenaed as a witness. He again accused his client's ex-wife of lying.

In the ongoing libel trial in which Johnny Depp and his ex-wife Amber Heard have accused each other of domestic violence, several of Depp's former associates took the stand on Thursday to testify against the "Pirates of the Caribbean" star. They support Heard's allegations about his jealous behavior and alcohol and drug use. Only Depp's attorney Adam Waldman appeared under subpoena by Heard's attorneys and accused the 36-year-old of lying.

Waldman, shown in a pre-recorded video statement, had represented Depp in his divorce from Heard beginning in 2016. However, he was dismissed from the case by the judge responsible for allegedly leaking confidential information to the press. Waldman is at the center of this lawsuit because Amber Heard's counterclaim is based on several of his testimonies. He confirmed that he had issued several statements about Heard, in which he described her allegations against Depp as "false allegations" and "fraud".

Speaking about the last major argument Depp and Heard had before their split in May 2016, Waldman claims that Heard and her friends "set Depp up". "Officials came to the penthouses, searched them thoroughly, interviewed witnesses and left after finding no damage to faces or property. So Amber and her friends spilled some wine and ransacked the apartment, matching their stories with the guidance of a lawyer and Publicists off and then made a second call to the police," Waldman said in 2020.

Heard accuses her ex-husband of demolishing the apartment during the argument and throwing a mobile phone at her. Shortly thereafter, the 36-year-old appeared in public with a swollen face and a bruise under the eye. After that, she hid in her friends' apartment, who lived next door in one of Depp's penthouses. From there she called her lawyer, who advised her not to cooperate with the police. Heard's friends testified on Wednesday and testified that they found the apartment vandalized. The jury was shown photos of broken items.

However, several police officers who were called to Depp's penthouse at various times throughout the day have said there was no evidence of a physical altercation -- either from testimonies from those present, visible injuries to Heard's face, or broken items in the home . At the request of Heard, a complaint was not filed at the time, and the actress also refused medical treatment. They didn't take any photos or notes because there was no need for it.

Heard accuses the officers of not working thoroughly at the alleged crime scene and of having made false statements in court. In support of this allegation, Marie Sadagana, the Los Angeles Police Department's domestic violence coordinator, was called to the witness stand. She explained the guidelines for a domestic violence police response, which requires officers to conduct an investigation and write a report if there are signs of domestic violence or they see someone injured, even if the alleged victim is uncooperative. The documentation is required in case the information is useful later.

According to Heard's agent Jessica Kovacevic, Waldman's statements also led to Heard losing her role in Aquaman. When the blockbuster sequel was discussed, Kovacevic said in her video statement that she successfully renegotiated Heard's contract despite some comments from the studio about a lack of chemistry with lead actor Jason Mamoa. While there were rumors online that Heard would be replaced, her career only faltered when Adam Waldman publicly discredited Heard. The 36-year-old lost at least one role to bad press, although Hollywood would not say that was the reason, Kovacevic said. "No one wants someone who has been accused of lying and making things up and who has abused someone to be involved in their project."

Social media forensic expert Ron Schnell was also called to the witness stand to link Heard's tarnish to Waldman's statements. Schnell reported analyzing various hashtags related to negative tweets about Heard on Twitter that correlate to Waldman's statements between April 2020 and January 2021. Accordingly, the majority of around two million tweets would have used one of four "bad" hashtags against Heard. In four random tests of thousands of tweets about Heard from that time, he couldn't find a single positive tweet about the actress.

Also among Heard's witnesses were several individuals who testified about Johnny Depp's alleged aggressive and jealous behavior. Heard's former attorney, Michelle Mulrooney, said he called her a "slut" while drunk and fired her. US actress Ellen Barkin, who had a "sexual relationship" with him for a few months in 1994, recalled an incident in a Las Vegas hotel room in which Depp threw a wine bottle at Barkins during an argument with a friend . But she didn't meet them. She also testified that Depp was so "jealous" that he thought a scratch on her back was because she cheated on him.

Bruce Witkin, Johnny Depp's former best friend, also accused the 58-year-old of having always been "very jealous". Witkin's sister-in-law, Lori Ann Allison, had been married to Depp for two years beginning in 1983. Depp also wanted to exercise control over Heard's career and made many comments about her male co-stars, the musician said. Although he never saw Depp physically attack him, he noticed bruises on Heard's arm, as if she had been "grabbed". He also saw Depp with a "fat lip" during a band rehearsal.

Alan Blaustein, Depp's former psychiatrist, testified that Depp is "bipolar" and has "anger issues." During her 18 sessions, he said he had concerns about some of the medications Depp was taking, particularly when taken with alcohol. Depp revealed that he had a "chaotic" relationship with Heard with "a lot of anger, disappointment and high emotional expression". He once accused Heard of being like "his mother and his psychotic sister". Depp's mother is said to have been extremely violent towards her children and her ex-husband.

Depp's former agent, Tracey Jacobs, also testified about the actor's jealous behavior. According to him, he tried to stop a version of the film "London Fields" that contained nude scenes of Amber Heard. Jacobs, whose testimony was also pre-taped, had represented Depp for 30 years until 2016 and helped make him what she said was "the biggest star on earth." Working with Depp has become more complicated over the past decade because of his "unprofessional behavior," Jacobs said. He was constantly late for filming and had "fundamental problems with anger".

Jacobs also confirmed that in discussions with Disney officials, no one has committed to hiring Depp for another Pirates of the Caribbean movie. The actor is suing Heard for $50 million because he believes her op-ed in The Washington Times describing herself as a victim of domestic violence cost him his role as Captain Jack Sparrow in the franchise. However, Disney employee Tina Newman has now testified that she was not aware of Heard's comment and that the article was not mentioned in discussions at Disney. When asked if Depp would be in a possible sixth installment in the franchise, Newman said the decision was "above my pay grade." However, she also admitted that the film project is in development at Disney.

Joel Mandel, Depp's former business manager, also confirmed that the Hollywood star had had "alcohol and drug issues" as of 2010, which led to "erratic behavior." This has made his job more difficult, as it has been difficult to make time to meet with Depp about his financial affairs, which have been in increasingly poor shape since 2015. At one point, Depp's prescription pill bills ran into the thousands of dollars a month. He also often had to pay damages for the destruction of property in hotels or rented apartments. In 2016, their professional relationship finally came to an end. Depp accuses Mandel of mismanaging his funds and making unauthorized loans of around $10 million. In 2017, he filed a lawsuit against Mandel's talent management company.

Johnny Depp and Amber Heard met on the set of The Rum Diary in 2009. They celebrated their wedding in early February 2015, and Heard filed for divorce at the end of May 2016, which was finalized in early 2017. After Depp's lost defamation lawsuit in Great Britain in 2021 against the newspaper "The Sun", which had described him as a "wife beater", the US trial started in April. Many more witnesses will testify for Heard in the coming week. Closing speeches are expected on May 26th.

1 After judgment on compulsory vaccination: association... 2 Illner's Ukraine discussion: "The country... 3 Budget is in place: the federal government makes almost... 4 After judgment on compulsory vaccination: association... 5 New thunderstorms are brewing: the night of storms... 6 "One new reactor a year": Johnson heralds... 7 Where does the corona virus come from?: Drosten and... 8 "Completely destroyed": Zelenskyj sees "hell"... 9 Puppet on the commander's seat: Starliner spacecraft... 10 The night of the war at a glance: commanders reportedly... 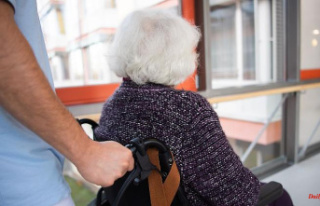 After judgment on compulsory vaccination: association...