Was Hermann Hesse a bad father?

He avoided getting too close all his life. 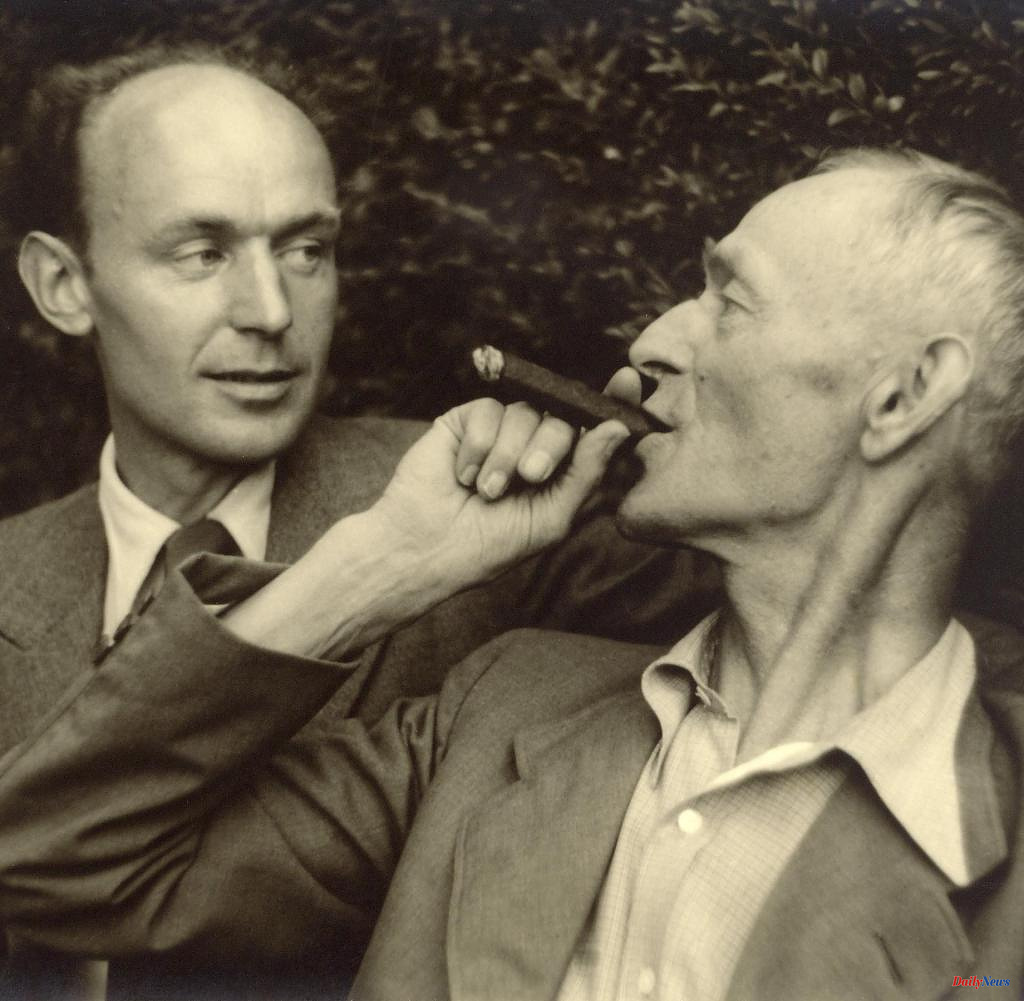 He avoided getting too close all his life. In order to become himself, Hermann Hesse fled his pietistic missionary family in Calw early on, which functioned like a sect and sent fellow believers after him to Tübingen, where he completed an apprenticeship as a bookseller. However, he did not allow himself to be traced back to the only right path of faith, becoming a skeptical distance player par excellence, who only followed his vocation as a writer.

Can he be accused of this kind of stubbornness, which means something other than despicable egoism? Not really. However, when you are a father of three sons and married to a woman - Maria Bernoulli - who comes from a famous Basel family of mathematicians who are burdened with the heavy burden of being manic-depressive, the standards shift.

This is also evidenced by the correspondence Hermann Hesse had with his son Martin until his death on August 9, 1962 - a thousand pages of typescript that had to be shortened by two thirds for printing (the book will be published by Suhrkamp in November 2022, d . Ed.). It is an unusual father-son relationship that is difficult to get going at the beginning and at the end, when Martin, born in 1911, is already over fifty himself, i.e. in the best "Steppenwolf" age, he has achieved something exuberant. The relationship has become so close and Martin seems so dependent on his father's attention, advice and encouragement that he, like his mother, who is severely manic and depressive, takes his own life in 1968.

His two older brothers, Bruno (1905–1999) and Heiner (1909–2003), also remained strongly attached to their father throughout their lives, and were financially dependent on him anyway. Bruno resigned early on (he wanted to be a painter, then worked mainly as a frame maker and gilder) and Heiner as a communist and rebelled against his father's apolitical nature. He works as a shop window dresser and often argues violently with his father, after his and Ninon Dolbin's death (Hesse's third wife) from 1966 he manages his estate, now reacting with the same vehemence to any criticism of Hermann Hesse. The revealing correspondence between Hesse and his psychoanalyst J. B. Lang does not appear until 2006.

Hesse was doing so badly during his time in Bern, when he was working for the German POW welfare organization, that he was always on the verge of suicide. In Germany, he is considered a traitor to the German nationals because of his moderating call "O friends, not these tones!" during the First World War - and also afterwards. His marriage to Maria Bernoulli no longer works, and family life constricts him internally. He wants to get out of the life-threatening crisis - but doesn't know how.

In his first letter to Lang from April 1916 it says: "No dreams". He sees himself as a poet facing the end. Lang recommends painting as therapy (Hesse will discover this for himself with relish) and something else: he must follow himself, even at the price of leaving his bourgeois life and his family behind! After Maria Bernoulli suffered a serious mental breakdown in 1918 and had to be placed in a psychiatric institution – as she did later on – Hesse decided to start a new life in Ticino. He sacrifices his sons, who remain behind, to this departure.

Looking back, Heiner Hesse will note: "When our parents separated, in 1918, father first took us to a children's home, later to a educator in the Black Forest, then me to the country education home and my older brother to the painter Cuno Amiet." An odyssey, An uprooting especially, but when I asked Heiner Hesse in autumn 2002 whether he ever hated his father for this betrayal, he forbade me to ask this question as something inadmissible. Hermann Hesse was always a wonderful father! This is how the aged Hesse son, who was struggling to breathe because of pulmonary emphysema, expelled me. Sitting upright in his chair and yet deeply melancholic. Should a facade be maintained here at all costs?

It was more difficult, more contradictory too. Hesse left his sons with strangers - but very soon began to suffer from it and tried to mitigate the consequences of the separation. He does everything he can to make amends for his sin as a father, but always from a distance, above all with numerous letters and later with well-measured individual visits from his sons.

Martin hit it even harder. Heiner remembers that his father could not stand this third son in his own home, also because he had become seriously ill in 1914. In the artist novel "Roßhalde" published in the same year, Hesse will tell the story of a painter and his son dying of meningitis. The terrible cries of the child! When he is dead, however, he will confess that he never loved anyone as much as this boy.

There is much chaos in Hesse's soul. In addition, as early as 1914 Martin temporarily joined Dr. Ernst Ringier and his two sisters are taken care of in Kirchdorf an der Aare, where he also grows up. It is therefore a long way from here to the closeness that will eventually develop between father and son. Martin is, also due to his manic-depressive illness, erratic and sometimes unmotivated violent. This makes it difficult for him to choose a profession.

He always has new ideas, and Hesse acts as a helpful, moderating advisor in the background – in 1932 Martin goes to the Bauhaus in Dessau, which is about to close. Here he discovered photography. Back in Switzerland, he founds his own photo studio – but avoids taking portraits of people. These are an almost insoluble problem for him. He specializes in black and white architectural photography and also creates department store catalogues.

The only person he keeps photographing is his father - and these photos attain an immense intimacy. This testifies to the strong longing of both for a spiritual connection. And while for Hermann Hesse the medium for this is the letter, for Martin it is photography. In this way, both create each other anew – from a distance. Hermann Hesse quickly recognized the artistic mastery of Martin's portraits. He leaves it to his son to create his image for posterity - and couldn't have made a better choice.

Gunnar Decker, born in 1965, published the Hesse biography "Der Wanderer und sein Schatten" (Suhrkamp) in 2012. In 2007 his compendium “The Magic of the Beginning. The Little Hesse Lexicon” (structure).

Do you have suicidal thoughts or have you noticed them in a relative/acquaintance? Help is available from the telephone counseling service: anonymous advice is available around the clock on the free numbers 0800 / 111 0 111 and 0800 / 111 0 222. Internet counseling is also possible at //www.telefonseelsorge.de. A list of nationwide help centers can be found on the website of the German Society for Suicide Prevention: https://www.suizidprophylaxe.de/hilfsangebote/adressen/. 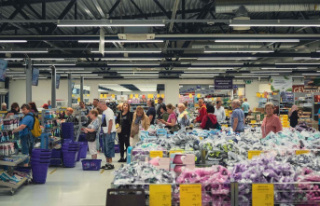