Weimar has the hottest day of the year ahead of it. 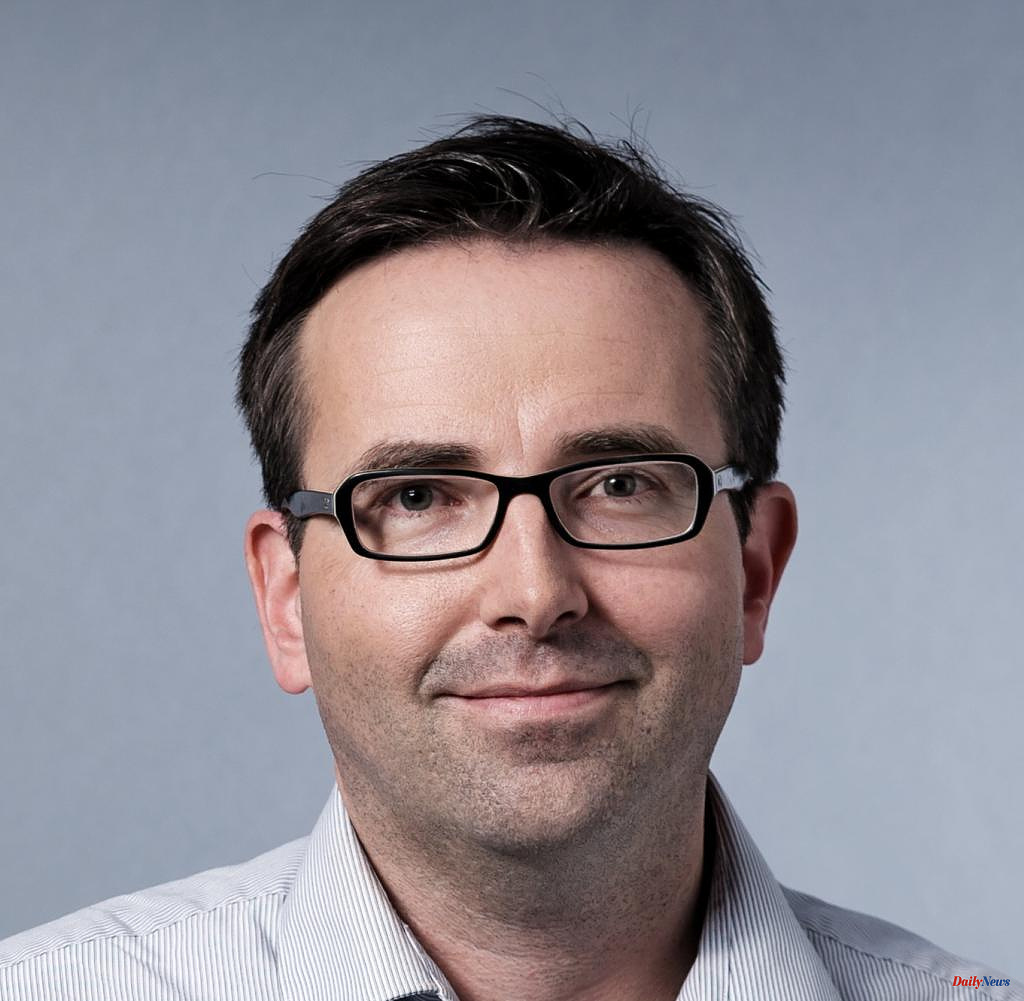 Weimar has the hottest day of the year ahead of it. On their memorial in front of the National Theater, Goethe and Schiller are sweating in the sun early in the morning. In Ulrike Lorenz's office, on the other hand, it's still pleasantly cool, which is mainly due to the thick walls and high ceilings. The President of the Classic Foundation has her office in the former residential palace of the Grand Duchy of Saxony-Weimar - and one of the most demanding cultural jobs in Germany. Your umbrella organization takes care of around 30 museums and memorial sites in the classic city in Thuringia.

Many things in Weimar are museums, backdrops are everything, there is always an anniversary, after all Wieland, Herder, Goethe, Schiller, Nietzsche, Franz Liszt, Henry van de Velde and many other artists of all genres worked here. The most famous muse location in Germany has produced world literature and twelve UNESCO World Heritage sites - the German classics and the classic modern: the Bauhaus. "Weimar became famous because this duchy understood early on that culture is local politics and an economic sector," says Ulrike Lorenz during the warm-up of our day - and so convincingly, as if Duchess Anna Amalia had already studied cultural marketing. Today, Lorenz has to keep the research and tourism facilities fit for the future. She says she wants to make the Weimar audience more international, younger and more diverse. Because for future generations, Goethe will no longer be a sure-fire success.

How did she, incidentally, as the first woman, get this job in the first place? Born in Gera in 1963, the qualified art historian initially managed the art collection in Gera and the Otto-Dix-Haus for 13 years after reunification. Then, as one of the few East Germans of her generation, she made a career in the West. As a director in Mannheim for many years, she managed the new building for the art gallery there, including fundraising.

Then the call from Thuringia. And because she didn't just want to run the next larger art museum after the Mannheim era, she got involved in the multi-stage selection process. The position requires a high level of abstraction in order to control and hold together a conglomerate of heterogeneous institutions, each with autonomous concerns. The complexity of this task is likely to be considerable, although not as hopeless as that of its much larger counterpart, the Prussian Cultural Heritage Foundation in Berlin.

Nobody can do that without a team. “Jour fixe” is what the President of the Klassik Stiftung calls her format of regular encounters and meetings with executives. Because the heating pipes in her office are being replaced today, the day of the meeting turns into a day of visiting institutions. The tourist in the journalist is happy. The first stop is the Goethehaus, the holiest of holies in Weimar. Even the name "Goethe National Museum" gives an idea of ​​how much tradition presumably stands in the way of every nuance of change.

The chief curator of the poet houses, Petra Lutz, who was newly appointed by Ulrike Lorenz, proudly reports on the success of a first innovation: Goethe's carriage entrance has been open to everyone since May, a walk-in promenade, a quasi-continuation of the urban space. It was deliberately remodeled. "Creating rooms in front of the payment barrier" is a trend in international museums. The walk-in public need areas that they can get a taste of for free without fear of the unknown. In general, one must open up to civil society.

When Lutz said that Goethe's "living in" had to come to an end, the foundation president nodded energetically. Instead of the living room Goethe, the writer should again come into its own. A new poetry cabinet, which stages Goethe's most famous poems like typographic art in a white cube, follows this approach. In the conference room, Lorenz is briefly briefed on the status of the speakers booked for a Goethe conference in September, then we have to move on.

Our route leads past the Weimar market square and its famous "Hotel Elephant", where Hitler checked in in 1926 under the job title "writer", back to the residential palace at the Ilmpark. This is a huge construction site at the moment. After the renovation phase is complete, it should become a third pillar of Weimar tourism, alongside the Goethe House and the Bauhaus Museum. Provided that the listed premises are also structurally suitable for masses of visitors and special exhibitions. The master builder speaks of the "primacy of the historical climate", which is taken into account during the renovation. What is meant is the foundation's decision not to rape its buildings from earlier eras with air conditioning technology that is questionable in terms of monument preservation and energy efficiency.

The topic drives Ulrike Lorenz immensely, especially in times of the energy crisis. “The Cranachs were already hanging here 500 years ago, without any air conditioning at all.” She thinks it is urgently necessary to reconsider the internationally advanced climate standards, if only because of the currently exploding energy costs. "We are currently preparing graduated savings scenarios for the fall." As a change manager, which she is ex officio, Lorenz also sees an opportunity in the current situation: "Often, a real willingness to rethink things arises as a result of serious crises. What use are high-tech museums that at some point can no longer be operated at all for cost reasons?”

The operation of websites also occasionally requires an adjustment. At our next stop in the Anna Amalia Library, Director Reinhard Laube reports on the legendary "Goethezeitportal". This dinosaur of the literary-scientific WWW, which was once started in Munich on the initiative of Georg Jäger, is to migrate to the digital lap of the Klassik Stiftung in the medium term. The President, who takes notes in her thick notebook at every appointment, expresses her agreement that digital transformation is a major concern of hers. Extensive museum holdings and research databases in Weimar only went online last year.

Lunch break in Schillerstrasse. The heat is tremendous. Over water and bruschetta, the foundation president gives a few personal insights into her professional life. She has always worked a lot, no children, a partner who cooks. The East-West topic never played a role for her: "The West is fantastic, the East is more exciting." And yes, she is the first woman to hold this position. Lorenz believes that it is nonsense to certify women per se as having higher social skills or a better leadership culture.

After the lunch break, a highlight behind the scenes is on the program. We get into the foundation's own plug-in hybrid Passat and take the road to Weimar-Nord. The central museum depot is located there. Lorenz speaks ironically of the "Fort Knox of the Klassik Stiftung" when a high, heavy gate opens and we roll into the parking lot of the giant block, which is guarded by cameras and security personnel. Later it turns out that the bright yellow adhesive strips on all doorsteps probably represent a barrier that is at least as important in protecting the depot objects from unwanted intruders: vermin.

We meet a textile restorer who is busy with Goethe's wardrobe. And learn that the poet used to buy clothes from China, so-called Nanking textiles. That, for all we know, he was 1.74 meters tall. We know Goethe's posture from paintings. The bespoke figurine that applies Goethe's cloak creates the eerie illusion of his physical presence in space. “Can we also get this 3D effect digitally?” Ulrike Lorenz asks focused questions. She says she has to regularly put out her feelers into areas that she, at the head of the foundation, is not aware of.

Back in the city, the sun is reportedly beating out at 38.9 degrees in the shade in the evening. “Phew,” says the foundation president, grabs her bike – a foldable one, like those used by ICE commuters – and heads to the next meeting, which has already started. The schedule for the coming theme year is on the agenda in the Wittumspalais. In 2023 everything should revolve around housing. The occasion is the 100th birthday of the very first Bauhaus property: Georg Muche's "Haus am Horn" served in 1923 as a demonstration of how people imagined contemporary life and work at the time. "Reside. Between longing and crisis” is aimed at today as a motto; Anniversaries, emphasizes Lorenz, are never an end in themselves, but always an opportunity to question cultural heritage and make it possible to experience it in a new way.

Theme years, as the observer will realize at this meeting at the latest, are a congenial instrument for managing complex organizations in the cultural sector; they serve as a communicative bracket to the outside, but also have an integrative and disciplining effect on the inside. Like every manager, Ulrike Lorenz has a soft spot for claims that get to the heart of narratives. “How do we tell about ourselves?” It is always important to have an idea of ​​yourself, no matter who you are talking to: politicians, industry sponsors or people from the Rotary Club.

Can you draw a daily summary of this job? Apparently, President Ulrike Lorenz is in a constant communication situation. As a manager, she must be able to absorb and process information in a highly condensed form. Like a politician, she has to moderate many interests and “make decisions, sometimes only give encouragement”, half fiduciarily, half strategically.

She likes the complexity of this job, says Ulrike Lorenz as she pushes her folding bike towards the evening event. In the Bauhaus Museum there will be an expert talk at 6 p.m. as part of the “Weimar Controversies” series on the topic “Does the democratic discussion still work?”. In times when fundamental principles are increasingly being defamed, this is an urgent question. Especially in Weimar, where Goethe and Buchenwald, high culture and Nazi barbarism are closer together than in any other place in Germany. 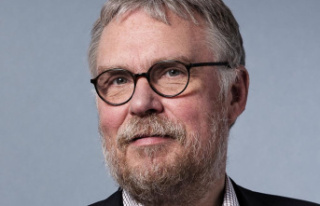 They cut off the Persian's hands and put a skull...