"We are running towards disaster": Corsica faces the "drought of the century" 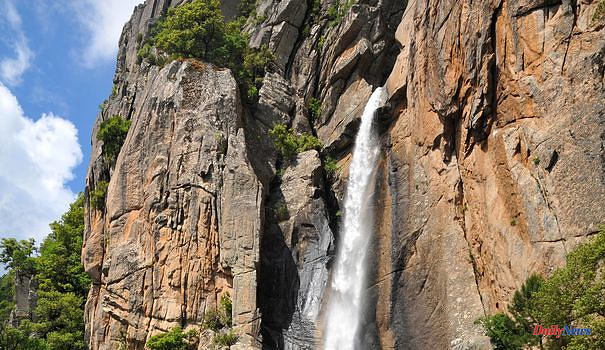 France is experiencing an “exceptional” episode of drought, Prime Minister Elisabeth Borne recalled on Friday August 5. By announcing the activation of an interministerial crisis unit, the tenant of Matignon evoked the "historic situation that many territories are going through". Corsica is particularly affected: in less than a week, the two departments of the Isle of Beauty went into "enhanced drought alert", the last stage before taking strict prohibition measures with crisis status.

"Given the expected meteorological developments, there will be no more water in 25 days" even warned François Ravier, the prefect of Haute-Corse, in a press release on Wednesday. With one objective: to appeal to everyone's solidarity and responsibility.

"We had to go faster, the authorities are late because we are facing the drought of the century", is alarmed by hydrobiologist Antoine Orsini, for whom all the lights are red. In terms of temperatures, the month of July was the hottest ever recorded (4°C since the first readings). And again, this is a monthly average and for the whole island. “Other figures are just as worrying, such as the increase to more than 2000 meters in altitude (5.2°C in forty years): there is less snow in winter, therefore fewer freshwater resources” , adds the specialist. Precisely, in terms of hydraulic resources, the flow of rivers has dropped by 20 to 30% in forty years. Results ? “The current situation is what we used to know at the end of August so that there is a month lag and it is to be expected that even large cities like Ajaccio or Bastia are experiencing supply problems", warns Antoine Orsini.

For at least two decades, the villages which are in height, as above Porto-Vecchio, have been in the habit of being supplied with water, but this time it is the whole of the island which could be concerned. Above all, the lack of water poses a serious threat, in this context of heat waves and extreme heat, in the face of which the authorities seem helpless: fires. "We are running towards disaster and, without playing the ominous bird, I think we will have to face giant fires before the end of the summer", continues the specialist.

In terms of bad news, this lasting water stress, overcrowding and high temperatures, could have consequences on Corsica's electricity supply since 20% of its energy is hydraulic. EDF, which manages four dams in Tolla, Calacuccia, Sampolo and Rizzanesi, could decide on restrictions during the summer period. Already last year, but only on August 13, the energy supplier, wanting to anticipate a peak in consumption, asked residents to moderate their consumption between 6 and 11 p.m. Without forgetting that the water from the dams plays another fundamental role since, like Tollo, the most important, they are used to supply drinking and agricultural water to the entire region of Ajaccio, passing through the valley of the Gravena to Porticcio.

"Do you know Sardinia, its aridity and its stony landscapes? Well, before 2030 we will have the same climate, assures Antoine Orsini. And before 2070 we will have that of Tunis." For the hydrobiologist, it is therefore urgent to radically change our practices. Firstly, by completely reviewing the distribution network, the loss percentage of which is close to... 50%. Secondly, individually, by reducing our habits of washing cars and boats, watering lawns or other ornamental gardens. Third, by improving the management and filling of swimming pools, the number of which has exploded in recent years. Just like the "unknown" or even illegal wells that have swarmed on private land from pumping groundwater already in poor condition and of which no review has been made. "It's a matter of good citizenship and solidarity" according to Orsini, in particular between the coastal municipalities and those which are at altitude.

Fourth, by redrawing the landscapes: the storage of water can only pass through the construction of large dams. "At the scale of the island, we can create hill reservoirs, small structures that capture part of the sources of our some 3000 kilometers of rivers, suggests Antoine Orsini. Some of these reservoirs already exist, such as that of Teppe Rosse or that of Peri. We have to multiply them: with 600 million euros, the price of three large dams, we can finance 300."

Finally, farmers, often singled out, will also have to review their practices. Here, to implement drip techniques; there, to favor certain cereals - wheat rather than corn - which are less greedy. “We need an agricultural revolution, not a prefectural decree that brings them to their knees,” concludes the hydrobiologist. The water war has only just begun.

1 With coffee and apple spritzer: Wolfgang Schäuble... 2 Taiwan: will China cut off the island from the rest... 3 With coffee and apple spritzer: Wolfgang Schäuble... 4 Astronomy: "Curiosity" on Mars for ten years 5 German cities are going dark. What does that mean... 6 Festival: Huge cheers for Bayreuth's "Lohengrin"... 7 Actor: James Franco appears in front of the camera... 8 Because of carcinogenic substances: Häagen-Dazs recalls... 9 Stock exchange in Frankfurt: Dax stable before US... 10 Skin irritation: This is how men treat razor burn... 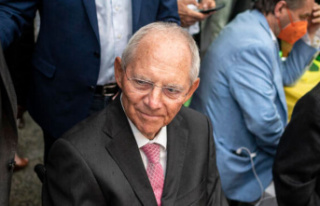