We unravel the tensions at Kaliningrad, the Russian military bastion in the heart of Europe's Union.

Are European sanctions starting to irritate Moscow The European Union (EU), by imposing restrictions on certain goods' transit to Kaliningrad has reached a sensitive area of Russian security.

Are European sanctions starting to irritate Moscow The European Union (EU), by imposing restrictions on certain goods' transit to Kaliningrad has reached a sensitive area of Russian security. This Corsica-sized enclave, which is wedged between Poland, Lithuania and Lithuania, serves as a strategic outpost to Moscow along the Baltic Sea. Kaliningrad receives its supplies from Russia via rail. It is connected to Russia through Lithuanian territory. Vilnius, in compliance with European sanctions, has been blocking certain products from Kaliningrad since mid-June. These products are essential for maintaining the military apparatus.

Moscow condemns the blockade and promises retributions, while NATO just announced the expansion of its military presence within the region. Can the small enclave really ignite the powder? The video below explains the process with insight from Carole Grimaud Potter (specialist in Russian geopolitics).

Kaliningrad is the home of the Baltic Fleet headquarters since Soviet times, thanks to its year-round ice-free port. The territory was cut off from Russia by the independence of the Baltic states in 1991 after the collapse of the USSR. The new federation however wanted to preserve its enclave which was seen as an outpost in central Europe.

NATO increased its presence in Poland and the Baltic countries following the 2014 invasion of Crimea. These states were afraid of Russian expansionism. The Kaliningrad enclave was transformed into a military fortress with Iskander missiles and major defense systems. They have a range between 400 and 500 km, so they are directly threat to the Baltic countries as well as Sweden and Finland.

At the beginning of February, tensions were further heightened by the installation of Kinjal missiles capable of carrying both conventional and nuclear warheads. They could strike all capitals in Europe, except Lisbon and Madrid, thanks to their 2,400-kilometer range.

The European sanctions placed on the enclave's precious resources have caused a great deal of irritation to the Kremlin. It considers this "a hostile act" that violates international treaties. In exchange for Lithuania's accession in 2002, a 2002 agreement that guaranteed rail transit between Moscow-Kaliningrad was in effect made. Russia has threatened retaliation. This could be in the form of economic sanctions against Lithuania.

Moscow could also attack the Suwalki corridor in the region, which is the Achilles' heel for the Atlantic Alliance. This 60-kilometer stretch is the only land route connecting Poland and the Baltic countries. Carole Grimaud Potter is a specialist in Russian geopolitics. She says that if it fell under Russian control NATO would have to fly or sail to protect the Baltic countries against any attempt to destabilize them.

Carole Grimaud Potter believes that Russia could use more hybrid methods of destabilization to counteract the act of war committed by the Suwalki corridor capture. At the end of summer 2021, thousands of migrants had been driven to Belarus' border by Lithuanian and Polish authorities. This scenario could be repeated in the Suwalki corridor. Carole Grimaud Potter is concerned that these thousands of civilians could become a shield for the Russian military to establish a de-facto passage between Kaliningrad, Belarus and Kaliningrad. After the Turkish veto was lifted, tensions are rising and Sweden and Finland, both traditionally peaceful countries, will join NATO. 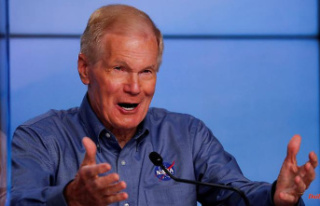