"We were separated from our siblings when care was taken away."

Ashley John-Baptiste, BBC reporter on children who were separated from their siblings while growing up in care, didn't anticipate that so many people would reach out to him. 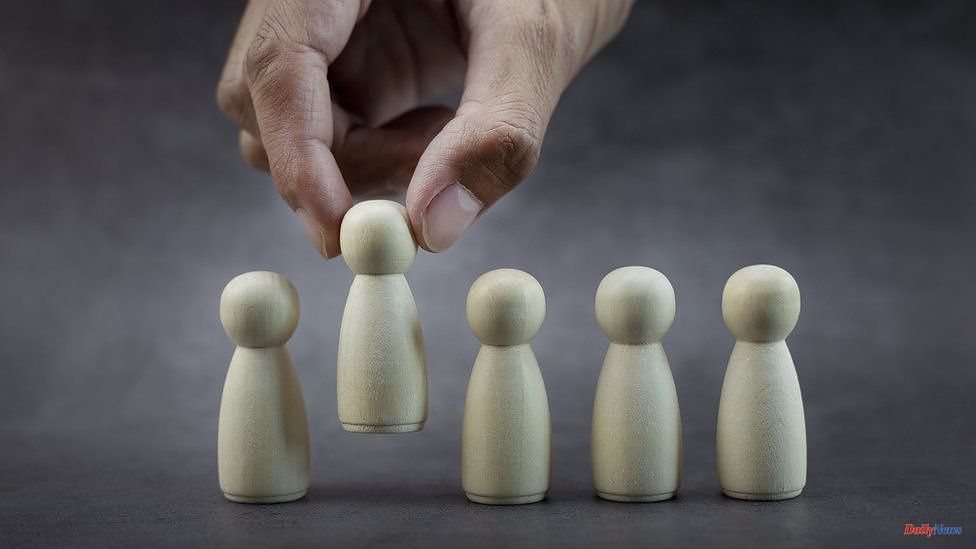 Ashley John-Baptiste, BBC reporter on children who were separated from their siblings while growing up in care, didn't anticipate that so many people would reach out to him. He writes about the impact of his story.

I grew up in foster homes believing I was an only child. It wasn't until my 20s that a man reached me on social media and told me that he was my brother.

The public response to my story was overwhelming. Many people have shared their stories of growing up in foster care and being separated from or estranged with siblings. Many said their siblings were the only ones they knew, and they had to fight to be able to see them. Many others shared their feelings of how difficult it was to be apart from siblings and brothers. Some, like me, didn't know how many siblings were theirs.

I heard also from social workers and carers who tried to facilitate contact between siblings but were sometimes unable to help.

Emma Lewell-Buck (Labour MP) discussed my documentary Split Up in Care: Life Without Siblings. She stated that the film highlighted the urgent need to increase sibling contact for children in foster care. Josh MacAlister, who is leading an examination of the care system in England and Dame Rachel de Souza, the Children's Commissioner for England, were also interested in the film.

These are some stories about sibling separations that readers have shared. Some names have been changed.

Melanie, 27 years old, was taken in as a baby by her seven siblings.

My parents were either in prison, on drugs or missing so I was raised by my older siblings. They did the cooking, cleaning, feeding, and washing of us. Although they did their best, they were still children.

A combination of many things led to our being placed in care: neglect, child abuse and sexual abuse in my home, as well as drugs and alcohol.

All eight of us lived in a residential home for six months. My six half-siblings were then placed in six foster homes while my "full" sibling and I were placed together in a foster house. I was removed from the care home and didn't see my siblings for 20 years.

My parents were supposed to keep in touch with me via letterbox when I was adopted. However, they stopped doing this. It was difficult to communicate with siblings.

To contact my siblings, I created a fake Facebook account while I was at university. I was embarrassed and didn’t want them to find out where I lived.

Although I have spoken to many of them via Messenger, I only know one. It was intense and overwhelming. Because she was older, she remembered me better. She told me how much she loved me, and how it was nice to have a sibling. I did not feel the same way about her relationship, so I ended it quickly.

I tried again after I got older and had more support. We hope to see each other this summer.

They find it difficult to talk to me and view me as someone with a lot of money and a good life. It is true that I do not understand their lives. If I was in their shoes, I would also be resentful.

I feel very guilty for being adopted. I am also the only one to have gone to university and is living a different life than the one I was raised in. My siblings are all foster parents. It's a constant cycle.

My birth father is deceased, as far as I can tell. His family was not able to help him. I do know that he was sent to prison for doing terrible things. My mother is still living. We haven't been able to establish a good relationship.

Because I had lost all my family members, it was difficult for me to make friends and build close relationships. Therapy has been a great help. Although I have always wanted children, I am hesitant about becoming a parent. I fear that I will be able to duplicate the things I have seen.

Catherine, 27, knew that she was adopted from birth but wasn't aware of her history.

Last Christmas, I hired an investigator PS370 to locate my birth mother. It was something I wanted to do for years. It was terrible when she first said that I wasn't her child. To try and reach her, I sent letters and photos.

Then, I discovered that I had a younger brother from the same mother as me. I thought I was the only child my whole life.

I felt sick. I didn't tell my adoptive parents, and I was feeling sick. My brother called me, and we instantly became close friends.

He didn't know anything about me. He was raised by his birth mother. When he grew up, he moved in with his father - we have different dads. It was an emotional rollercoaster ride.

My birth mother has many mental health problems and is not privileged. Although I do know the name of my birth father, I don't know much about him. According to what I have heard, he was quite abusive to my birth mother. I believe she wanted me to stay with him but it was impossible. She has clearly been through a lot.

I am still not ready for my brother to come home. I am still processing all of it and dealing with my emotions.

My real mom has helped me to gravitate towards my adoptive families and have made me appreciate them more for the possibilities of my life.

The UK care system has caused thousands of children to be separated from their siblings and brothers by isolating them. Ashley John-Baptiste speaks with those whose lives were forever changed by the UK care system.

BBC iPlayer: Split Up in Care: A Life Without Siblings

Anita, 77 and her younger sister, were taken in at the age of four and two. After their mother became pregnant with another child, their father left in 1949. Their brother was adopted.

My sister and me were in foster homes for a time, but we didn’t know much about our brother for 65 more years.

We were transferred to a children's home where we could have two sisters. After that, we were separated and placed in foster care. For a time, we lived next to each other. My sister was taken back to care by the family with whom she was living. They were about to have a baby. After that, I never saw her again until I turned 12.

My foster home was very abusive. My saviour was school. My headmaster wanted me going to university. However, my foster mother told me that I could not stay on sixth form. It was quite a row.

My sister's husband, who was 26 years old, went to London for business. He went to the same address that my mother lived at. It was also on my birth certificate. He discovered my mother and other relatives. Then, out of the blue, I received a letter that said "Hello, my mother" and a photo.

Finally, I met her. I was greeted by her and she said hello. There was no kiss, cuddle, or cuddle. We never got close. She was diagnosed with schizophrenia and it is possible that she suffered from mental health problems as a result of losing her children. She died in 2001.

My dad passed away in 1994. I wish I had the chance to meet him. His only memory is from when he was very young. He was probably looking after us when mum was having her brother. He said, "Hold on to the pram, there is a good girl." He disappeared behind a closed door, and I never saw him again.

My sister decided six years ago that she wanted to learn more about her family's background. One month later, a social worker went through her file with her. It was extremely traumatizing, but the social worker suggested that they try to find her brother.

A few days later, the social worker called. "We found your brother. He is absolutely thrilled. He believed he was being thrown from a loving family, and that nobody wanted him.

We spoke on the phone, and we cried and cried.

I was able show him a photo of my mum when we first met. He is very special, very funny and very humble. A nice couple adopted him. His father died at nine years old, and his mother fell into depression. He dropped out of school at a young age and joined the circus. He has been a clown all over the globe. Before we met him, I took my son to Derby's circus in 1991. Later, I learned that my brother was also a performer.

Davina, 19 years old, has five younger sisters - she was only nine when all of them were placed in care. They were split immediately. Davina was adopted and some of her siblings were adopted. Others received special guardianship orders, which are in the middle of adoption and foster care.

Although they claim that they encourage contact with the biological family, particularly siblings, this didn't happen. My siblings moved to new families and I lost contact with them for several years due to poor management and a lack of communication from social services.

I have a close relationship with my foster family who I adored. We will have dinner together and exchange Christmas and birthday gifts.

My siblings' parents decided that it was time for social services to organize contact just before Christmas. It had been three years since I last saw my siblings and I don’t think I was mentally ready. I was expecting a toddler to run back into my arms, but that wasn't the truth. They're much taller than I am now.

Although we all have had different experiences, we all feel the anger and frustration.

Covid has prevented me from seeing all my siblings, but it is my dream. I would love to see us all together again.

For many years I felt ashamed, but I have come to terms with the fact that I have been in care. It has made me a better person.

According to Sarah McDermott.

1 Winter Paralympics - The lowdown about being disabled... 2 Parliament stormed: Libyans vent their displeasure 3 Relief against inflation: CDU social wing wants permanently... 4 Hatred of the USA and NATO as a basis: Russian propaganda... 5 First half of the year ticked off: there is hardly... 6 Holidays usually start relaxed: There can be no question... 7 Jury punishes young later: euthanized horse clouds... 8 Disaster in the South China Sea: Ship caught in typhoon... 9 Special observation as punishment: R. Kelly is suing... 10 Saxony-Anhalt: three-winged altarpiece complete again... 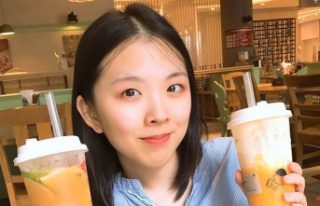 Winter Paralympics - The lowdown about being disabled...