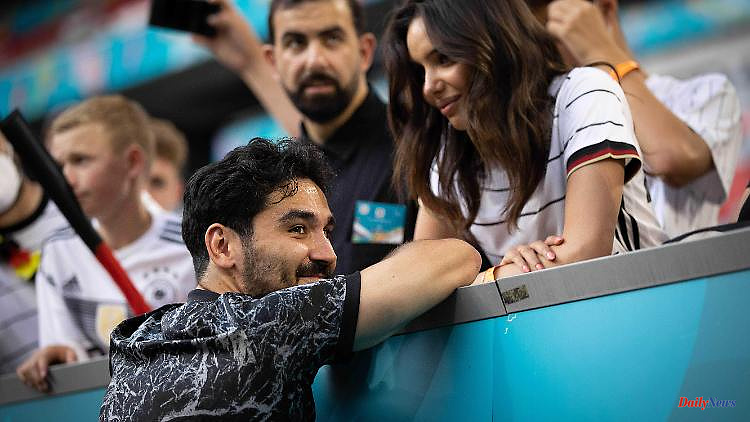 In December 2021, footballer Ilkay Gündogan announces his engagement to Sara Arfaoui. Now the couple secretly married in Denmark. This is evidenced by photos shared by the 31-year-old and his new wife on social media.

Soccer professional Ilkay Gündogan and his fiancé, Italian model Sara Arfaoui, tied the knot in Copenhagen, Denmark. This emerges from a post by the footballer on Instagram.

"We are married. We are really happy and can't wait to celebrate with our families and friends," writes the player from England giants Manchester City on a photo with the 26-year-old from Nice, on which both are in smile at the camera. Another picture shows the bride and her bouquet inside a private jet, another shows the happy groom.

Gündogan was seen at the private jet terminal at Manchester Airport on Monday morning, as reported by the "Bild" newspaper. But contrary to what the British media initially speculated, it was apparently not a direct route to transfer negotiations, as rumors have it that Gündogan is moving to Rome. Instead, the machine obviously flew him and his sweetheart to Copenhagen in front of the altar.

Ilkay Gündogan and Sara Arfaoui only made their love public last year. The young woman with Tunisian roots was first seen at the European Championship match between Germany and Portugal, where she wore a Germany jersey. A little later, pictures of her and Ilkay Gündogan appeared on Instagram. It was there that the two announced their engagement in December 2021.

At the time, Gündogan uploaded a photo of himself and his loved ones, on which the two stood in front of red heart balloons. A ring was clearly visible on the model's hand. He wrote: "My human … for life" and also posted two hearts and a ring. There was also a "soon" emoji ("soon") and "Mrs. Gündogan". 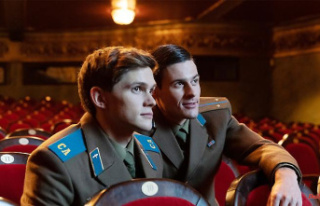 Interview on the film "Firebird": "Sergey...