Welcome back: Travel to Australia is possible again: Off to Down Under

Perth is closer than you think. 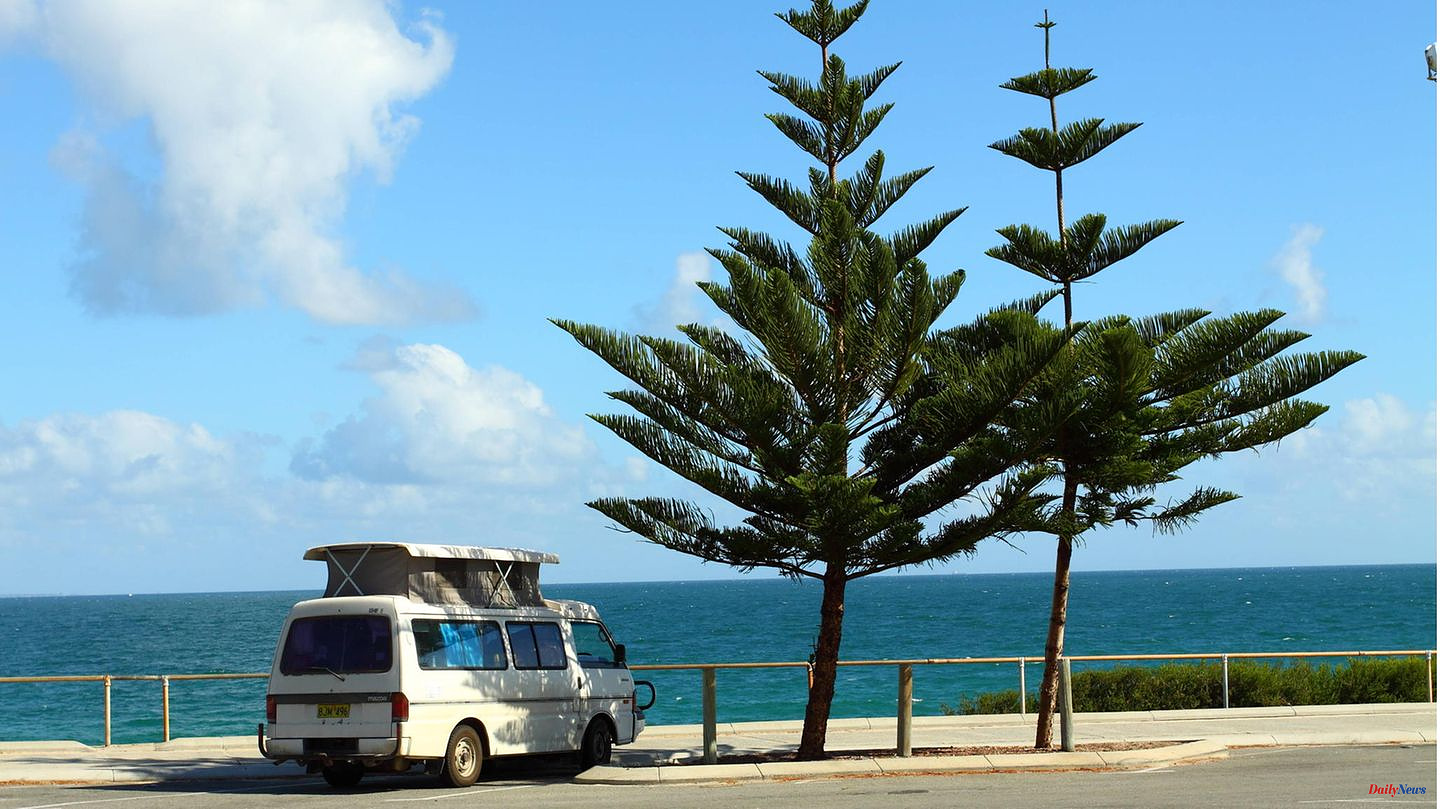 Perth is closer than you think. Not only because of the new non-stop flights from London and Rome to the Western Australian metropolis, which the Qantas Dreamliner covers in just under 16 hours. Even if you take off from Frankfurt for Singapore at noon, you will land in the city-state early in the morning. The connecting flight to Perth only takes four hours – that is shorter than a flight from Hamburg to the Canary Islands.

Since Singapore and Perth are in the same time zone, the difference is only six hours. The time difference is no greater than on a flight from Germany to New York, you just have to put the clock forward instead of backward. On the other hand, if you have booked an unfavorable connection to Sydney or Melbourne, you can spend two nights in a row on the plane and accordingly arrive on your wheels.

Perth has long been overshadowed by Australia's major cities on the east and south coasts. But that has changed fundamentally in the last ten years. The city on the wide Swan River has rediscovered its advantageous location on the water: around the square water basin, Elizabeth Quay, a promenade with restaurants, bars and works of art was created, surrounded by high apartment buildings and new hotels, including the first Ritz-Carlton in Australia .

In the past, it was mainly business people who traveled to Perth, who drove up the prices for the few accommodations. "But the mining boom changed everything," says Tiana Anderson of Tourism Western Australia. Like hardly any other place in Australia, Perth has benefited from the rapidly increasing mining of iron ore and its export to China from the Pilbara and Kimberley regions.

"A new law required mining companies to invest part of their profits in the city," says Tiana. This is how not only the skyscrapers of raw materials companies like Rio Tinto, BHP and the Fortescue Metals Group came into being, but also the new hotels and extensive renovation projects of historic buildings.

A symbol of the new Perth is the revitalization of the 1870 State Building, which has been vacant for more than 35 years, now with a hotel, restaurants and bars in the former post office's counter area.

The expansion of the Western Australia Museum Boola Bardip, which was completed in November 2020 and cost the equivalent of 260 million euros, is considered an architectural milestone. The Pritzker Prize winner Rem Koolhaas and his Office for Metropolitan Architecture from Rotterdam were won over to build over the existing buildings.

But Perth also means beaches and nature. In the suburb of Cottesloe Beach, even in the mild winter, swimmers take to the waters of the Indian Ocean. On the horizon, the container ships that enter the port of Freemantle are anchored. From the deep-sea port of the old port city with its historic buildings, the ferries commute in a 30-minute trip to the offshore island of Rottnest, one of the most popular destinations in the west.

The eleven kilometers long and up to four kilometers wide island is car-free and famous for the quokkas. These little bunny-sized kangaroos are trusting, have become a popular selfie on Instagram, and hop around restaurants looking for something to eat. But signs point out: "Don't feed the locals" - meaning seagulls and quokkas.

Sighted as early as the 17th century by Dutch sailors, Rottnest Island - hence the name, as quokkas were thought to be a species of rat - has become an attractive travel destination within Western Australia during the past two pandemic years, when even the borders between the individual states were sealed off.

Today's family and cyclist-friendly "Rotty" with its many pine and palm trees, cabins, campgrounds and few hotel rooms also has a dark chapter: from 1838 to the 1930s, Wadjemup, as the Aborigines call it, was a prison island for 3700 Aborigines, and in both world wars the island served as an internment camp. Cemeteries and the Wadjemup Museum remind of this.

If you want to travel further within the country, you usually have to rely on the plane because of the size if you want to avoid sitting in the train or car for days. In contrast to the current situation at many airports in Europe, things are more relaxed at Australian airports. Liquids have also been allowed to be transported in hand luggage for years, including a bottle of wine.

Since the end of 2021, after the Qantas jet touched down at Sydney Airport, it has not just been "Welcome to Sydney", but the Qantas staff have struck a new note and started an announcement with the sentence: "I would like to meet the traditional owner of the... Landes, the Gadigal People of the Eora Nation and their leaders past, present and future,” says the flight attendant as the plane taxis to the gate. Time.

The city itself grows, especially where building land is scarce and expensive. Close to downtown, between the approach to the famous Harbor Bridge and Darling Harbour, a new district is emerging: Barangaroo, named after an 18th-century Aboriginal woman famous for her resistance to the colonialists.

The Crown, at 271 meters the tallest building in the city, has already been completed. The tower, rotated by 60 degrees, houses expensive apartments, a hotel with 350 rooms and a casino behind the glass facade and has changed the Sydney skyline.

At the foot of the new landmark was the Waterfront, a consumer mile with 90 restaurants and shops. During their lunch break, employees flock from the surrounding offices towards the water and sit with their snacks in the sun on the boulders on the shore. And in the evenings, the nightlife of Darling Harbor has shifted significantly north, to Barangaroo.

The same applies here as elsewhere in Australia: there have been hardly any tourists from Europe so far. "Except for a few Singaporeans. But since the test requirement there for re-entry was lifted, we are also registering bookings from the USA again," says Mark Holmes, General Manager of Crown Towers.

In the restaurants and hotels, as everywhere, there is a lack of service employees. But in Australia, the pandemic was made more difficult by the fact that skilled workers from abroad were tied to one employer by a sponsor and could not switch if there was a risk of job loss and they had to leave the country.

Vaccinated travelers can generally fly to Australia again without quarantine. In addition to the eVisitor visa applied for online in advance, proof of full vaccination protection is required as well as a Digital Passenger Declaration, which is easiest to fill out via the app before departure.

In other sectors, too, such as agriculture, there is a lack of young people who have worked on farms and discovered the continent with a working holiday visa. Before Corona, up to 250,000 backpackers between the ages of 18 and 30 supported the Australian economy and tourism in particular every year.

"It will take another three years for the work-and-travel workforce to settle down again," says Crown Hotel's sous chef Stefan Beck, who is responsible for the staff of nine restaurants.

It was not for nothing that the Australian government was the first to make work and travel possible again in February after the long period of isolation and even offered the prospect of reimbursement of the visa fee in the first few months as an incentive. If that's not an invitation.

- 56,000 years of Aboriginal Art: From rock carvings to video installations

- Dream trekking in Tasmania: Long-distance hiking at the end of the world 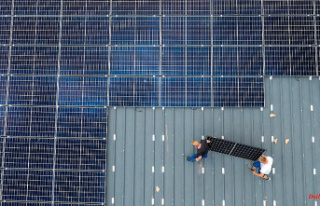 A decade after the wave of bankruptcies: Germany's...