What if energy shortages were reshaping tomorrow's wars? 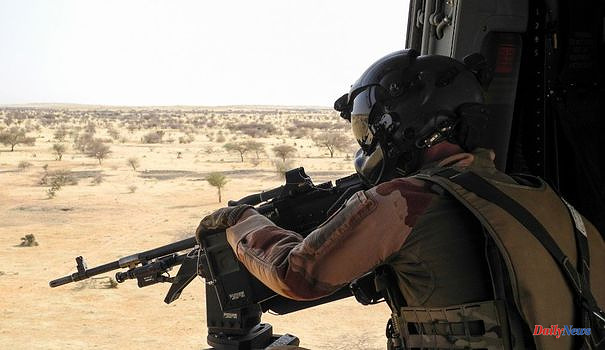 "Make the army uncomfortable". This is the challenge launched by the Red Team, a team of ten science fiction authors, mandated by the Ministry of the Armed Forces, and more specifically its Defense Innovation Agency, to imagine what what tomorrow's wars might look like. But "no question of playing the futurist, starting from a given reality to draw the threads towards a probable future", explains to L'Express Laurent Genefort, one of the authors of the scenario. The modus operandi of the Red Team is quite the opposite: it is a question of extracting itself from reality to project the army into situations which it would not have thought of, surprising models and weapons which do not exist. not yet. In short, imagine an unpredictable future to better anticipate it. "The Red Team is the symbol of the openness of the Ministry of the Armed Forces in terms of innovation. It is to overturn the table. To accept a change of perspective and to see one's convictions upset", had thus declared the former -Minister Florence Parly at the launch of this mission in 2020.

A concept of which the President of the Republic would be a "fan", according to those responsible for the program, and for which the State has put two million euros on the table. In the second season - of the four planned - unveiled Thursday, June 23, the Red Team has imagined two nightmarish scenarios of the conflicts that could face humanity between 2030 and 2060. The first, entitled "After the carbonic night", gives see a planet which, under the effect of a nuclear winter, creates food and social crises. International regulations limit energy consumption. The armies must submit to it by using energy-efficient energies and face enemies who no longer only target the combat units, but above all the energy reserves to put them out of action. "In a context where sobriety has become a political imperative and where the army is at the service of politics, military equipment is thus adapted so as not to exceed a ceiling energy consumption", explains Laurent Genefort.

The "enskins", suits guaranteeing soldiers self-sufficiency in energy, replace fatigues. With one principle: to transform into electricity the thermal and mechanical energies resulting from the heat of the body and the flexion of the limbs. And this in order to supply the communication tools and the vision-amplifying glasses of the soldiers, functioning thanks to electricity. Another major innovation possibly at the heart of the wars of the future: nanorobots. Flying robots in the shape of mosquitoes, capable of draining the enemy of all capacity for action by draining the energy contained in its batteries. "The lesson of the scenario is that the armies will have to be capable of energy agility, in order to be able to move up and down quickly in energy", sums up Laurent Genefort.

The second scenario imagines an "ecosystem war" in which nature has mutated under the effect of biogenetic manipulations. The troops must advance in an increasingly threatening "Green Chernobyl". Nature has been transformed into deadly green zones which now extend over the entire field of operation. What give a hard time to the military, today unarmed to meet such challenges. With the background of a phenomenon feared by the authors: the establishment of an imbalance between the armies applying international agreements and those derogating from them.

In this scenario, the Ketegan army (in Indonesia), commissioned to exfiltrate Ketegan scientists from an allied territory, must face rebels supported by the enemy Tidasca on its way. The major difficulty lies in the asymmetry of the balance of power between the two belligerents, while the military bodies of Tidasca have chosen not to comply with energy constraints. Finally, these two armies embody a configuration that could occur in the future: "a confrontation between an army of the old world, not limited in energy, and another, which cannot be in the energy mismanagement", analyzes Laurent Genefort. Hence the need for the armies of the new world to think of ways to reverse the balance of power in their favour. In the scenario of the Red Team, it is in particular by decommissioning the mobile nuclear power plant of the enemy that the Keteganese forces manage to make the fight more symmetrical.

For each scenario, the main version, incorporating the names of real countries and several sensitive data – to which the authors, authorized secret-defense, had access – is confidential and only accessible to the military. And for good reason, although "not dependent on reality" as Laurent Genefort insists on repeating, the scenarios are anything but fanciful since they predict situations whose materialization in the coming years is not excluded. However, the authors of the Red Team wanted to publish a watered down version accessible to all, considering that this mission was "of public utility".

If the writer Laurent Genefort reminds us that these scenarios are not intended to be ultra-realistic, they nevertheless suggest major transformations in the equipment and interactions of the armies, in a world that will be subject to energy quotas. With the Red Team, the French army is also a pioneer in this area in Europe, where no other country has developed such a device. And even in the United States, where the idea of ​​involving science fiction authors to work on the future of defense has germinated, no project of such scope has yet been implemented, in any case not officially.

Last April, a French army drone filmed Russian mercenaries burying bodies near the Gossi base in northern Mali to accuse the French of leaving a mass grave behind them . A few hours later, on Twitter, posts accused the French army of having committed these crimes and the Malian army announced the opening of an investigation. These accusations were swept away immediately thanks to the images of the drone. It was the first time that the French army broadcast military drone images in such a short time to counter an information attack.

1 Deals of the day: Oral-B electric toothbrush for 28... 2 Bavaria: Rail traffic between Munich and Augsburg... 3 France: fuel prices continue to fall 4 Limescale deposits: Descale water: You can use these... 5 Baden-Württemberg: Anger about the song "Layla"... 6 Ayleen A.: Dead 14-year-old in Teufelssee: Suspect... 7 Will she challenge China with a visit to Taiwan? Pelosi's... 8 Elijah Wood: He brings back a cult figure from the... 9 Film sequel: "Manta, Manta 2": Til Schweiger... 10 Bavaria: Young man goes for a spin with stolen vehicles 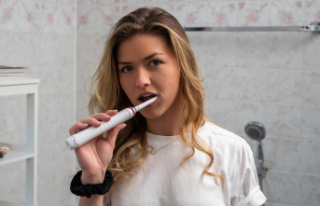 Deals of the day: Oral-B electric toothbrush for 28...