What is the Process of Selective Breeding for Cows?

Selective breeding, which is also referred to as artificial selection, is a process that people use in both animal and plant breeding to develop specific phenotype traits or characteristics in a very selective manner. Selective breeding, which is also referred to as artificial selection, is a process that people use in both animal and plant breeding to develop specific phenotype traits or characteristics in a very selective manner. This process is done by picking out which animal or plant males will be bred with which females through sexual reproduction so they will have a certain type of offspring together. This is the same process that is used for selective breeding of cows which many people are turning to because they want a certain type of cow with a certain color for their coat and other particular characteristics.

The Selective Breeding Process for Cattle

When it comes to cattle, some of their traits have been developed over the centuries since they were first bred around 9000 BC. Those traits include an increase in size and more muscle mass in beef cattle and an increased milk production level as well as udder size in dairy cattle. It also includes an increased amount of fat on each cow and an increase in their protein content.

An example of selective breeding in dairy cattle includes one process that is now used due to the detrimental effects that A1 protein in milk and dairy products was having on people who suffer from diabetes. Dairy cattle farmers answered the higher demand for milk that only contains A2 protein instead of the A1 protein by using selective breeding to produce cattle that create milk without the A1 form of the protein.

Selective breeding was derived from the fact that genetic make-up has a great bearing on the fitness and adaptation of a cow, and it can determine a cow’s tolerance level when it comes to high or low temperatures, droughts, pests, disease, and even flooding. This means a cow can be bred to have a higher heat tolerance and even to have a better ability to survive, grow properly, and reproduce even if it is not receiving the best nutrition due to seasonal or climate issues and can fight off diseases and parasites much easier. Basically, selective breeding is a type of technology that strives to improve the value of a cow’s genetic diversity. Selective breeding technology can be used on all types of livestock, including sheep, goats, and even alpacas. Many developments in this area have been made throughout the years and are a way to help determine an estimate for each animal's genetic potential and the amount of power and effectiveness the selective breeding will have over the animal. During the last half of a century or so, selective breeding has played a big part in the dramatic improvements that had been made in the productivity of livestock, including cattle, and made improvements in the health and welfare of each animal.

There are many different methods for selective breeding that are being used today from more costly ones, including in-vitro fertilization and genetic engineering, to lower cost and more simple techniques that include simply controlling the mating of animals based on certain characteristics. Some key breeding traits include the resilience the animals will have due to climate change and even their adaption to hotter temperatures and their tolerance to low-quality feed. Selective breeding has also increased the disease resistance level in animals and allowed their offspring to have a higher survival rate. It also allows for better body conditions for each animal.

The selective breeding process used most commonly is the controlled mating process which means local breeds are identified and strengthened through this process and their local genetics have improved through crossbreeding with heat and disease tolerant cows.

Inbreeding- This type of selective breeding involves having related cows breed together, such as a mother with a son, a father with a daughter, and siblings. Inbreeding is used to create more uniformity and to allow the process to continue, but there is a risk of calves being born with health issues with this type of method.

Outcrossing Mating-Owners that breed two cows that are unrelated for at least four generations back is referred to as an outcross. This particular method works well when there are dominant genes that are the most desirable ones. It can also improve the reproductive ability of the cows and in dairy cattle, can even improve milk production. The calves born to cows using this method have a better survivability rate and normally live longer.

Linebreeding- This method encompasses breeding cows that are related but less related than the inbred process. For instance, a half-brother is paired with a half-sister to mate or an aunt and nephew or even cousins together. Cattle breeders usually use this method when they want to really capitalize on a certain trait that the animal has, but there can still be harmful genetic defects, although usually not as severe as with the inbreeding method.

There are certain advantages of selective breeding through controlled mating, such as lower overhead and maintenance costs once the process is established. Selective breeding can preserve both local and even rare breeds that could have been lost because of climate change or disease epidemics. An example of a highly desirable beef cow is the black Angus cow which originated in Scotland. About a dozen cattle were brought here to the United States then bred to continue producing the breed.

It is extremely important to purchase cattle through a reliable source like Harrer's Lost Lake Ranch to ensure they are not only viable but extremely healthy as well. This will save you time, money, and heartache in the long run when it comes to your cattle business.

1 Berlin Film Festival taking place in person despite... 2 Major Reasons To Take Up E-Learning Training 3 Giuffre's Prince Andrew suit continues despite... 4 Media are challenged by Omicron wave to reconsider... 5 List of nominees to the 2022 Screen Actors Guild Awards 6 SAG nominations: Lady Gaga, Ben Affleck, Will Smith 7 There has been no breakthrough in Ukraine, but NATO... 8 Johnson, UK, apologizes for being at party during... 9 Low COVID-19 vaccination rates in children are called... 10 Inflation in the USA jumped 7% last year, which is... 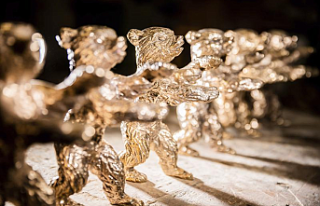