What we know about the case of Sébastien Raoult, a young Frenchman imprisoned in Morocco

His father requests his extradition to France rather than the United States. 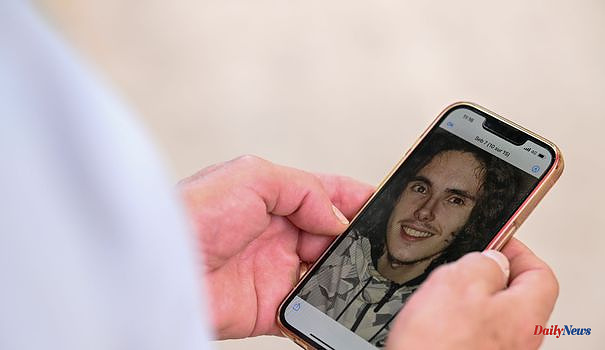 His father requests his extradition to France rather than the United States.

Here is what we know about this case.

- Who is Sebastien Raoult? -

This 21-year-old Frenchman, who lives in Epinal with his parents, was in his second year of computer studies when he stopped his training last December.

"He was in a phase of rupture with studies. He wanted to live, to discover the world and to travel and had the impression of wasting his time at school", explained his father Paul Raoult to AFP . He was staying in Morocco when he was arrested.

- Why is he detained in Morocco? -

According to Moroccan police, Sébastien Raoult was arrested on May 31 at Rabat-Salé airport while he was the subject of a red notice issued by Interpol at the request of American justice, in a cyberpiracy case. against companies, especially American ones.

The young man has been imprisoned since June 2 in Tiflet 2 prison, near Rabat. "He's been eating on the floor for two months. He's been sleeping without a mattress for two months," his father denounced Tuesday at a press conference in Paris.

According to the Obs, which revealed the case, the FBI suspects the young man of being a member of a group of hackers - the "ShinyHunters", a reference to the Pokémon universe - accused of being " prolific cybercriminals" by US authorities. The American firm Microsoft would have been one of their victims.

The American authorities are calling for Mr. Raoult's extradition for "conspiracy to commit electronic fraud and abuse", "electronic fraud" and "serious identity theft", according to L'Obs.

According to his lawyer Me Philippe Ohayon, Sébastien Raoult would risk a sentence of 116 years in prison in the United States for the facts attributed to him.

- What does his father want? -

"My son was betrayed by France", accuses Paul Raoult who criticizes a "denial of justice" and demands that the government prevent the extradition of his son from Morocco to the United States.

"Why this silence at the highest level of the State?" asks Paul Raoult, who calls on the Minister of Justice Eric Dupond-Moretti to make an extradition request to the Moroccan authorities so that he can be tried in France.

For his part, Me Ohayon judges that the procedure contains violations "of French sovereignty over its territory" and of the "principle of fair trial". The lawyer denounces "inhuman and degrading treatment" because of the sentence incurred by Sébastien Raoult.

- Which procedure in France? -

A request for mutual criminal assistance was sent by the United States to France last summer about the Shinyhunters, a source familiar with the matter told AFP. Several arrests and hearings have taken place concerning people suspected of being directly or indirectly involved in this network, without further legal action at this stage.

For Me Ohayon, "we exported turnkey a French file which should have been the responsibility of a French examining magistrate". He asked the Epinal prosecution to open a preliminary investigation into the facts attributed to Sébastien Raoult who was then residing in the Vosges.

“The public prosecutor rejects our request to open a preliminary investigation on the grounds that the territory of the Vosges would have no jurisdiction to deal with this file”, indicates the lawyer.

"The American documents demonstrate in every way that he is competent", disputes Me Ohayon who underlines that "the American arrest warrant gives as address the address of Sébastien in Epinal".

The Epinal prosecution confirmed to AFP on Tuesday evening that it had received new elements from the lawyer, elements which "will also be studied".

1 In Hong Kong, one of the last mahjong tile engravers 2 Fire brigade report: Forest fire in Saxon Switzerland... 3 Corona pandemic: seven-day incidence falls to 477.9 4 Perfect support: large sizes: the most important criteria... 5 Fight against Corona: Joko and Klaas dedicate their... 6 Energy crisis: Zwickau wants to turn off hot water... 7 Couperose: Red veins on the face: where they come... 8 (Re)design: Bathroom decoration: How to give your... 9 Singer: "And then there were three of us"... 10 Without poison bait: drive away rats: How to make... 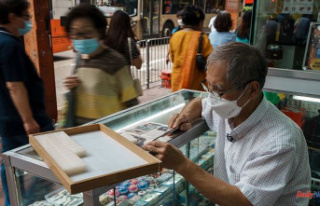 In Hong Kong, one of the last mahjong tile engravers