When a Ukrainian blacksmith contributes to the war effort 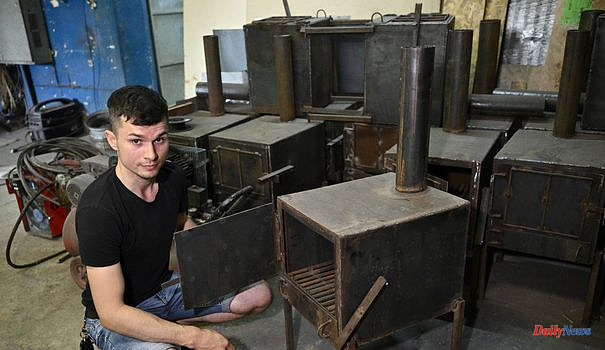 The services of his company of three or four workers are free for the territorial defense unit fighting the Russian invasion, and he has even started buying and converting old battered cars into makeshift armored vehicles.

"At the start of the invasion, there were no more police in the city and not a lot of army," Anton Zaïka, 32, told AFP in his workshop in Sumy, a city of 260,000 inhabitants. only 25 kilometers from the border with Russia.

"So we mainly had territorial defence. It was our citizens who took up arms and prevented the enemy from entering the city. I'm not good at weapons, so I did what I know well to help them," says the father of a six-year-old boy and a four-month-old girl.

Sumy, a city founded by the Cossacks in the middle of the 17th century, had to fight for its survival from the start of Moscow's aggression against Ukraine in February.

The town that was nearly taken by the Russians quickly retaliated during six weeks of intense street fighting.

But it remained surrounded and bombarded daily by artillery - with trains and buses suspended, roads and bridges pulverized. The population found itself trapped with dangerously dwindling food and water supplies.

Airstrikes continued through the summer as Russian ground forces repeatedly attempted to retake the city.

Anton Zaïka, who learned the blacksmith trade from his father, has been running the business for seven years and was planning to open another workshop before the war. He bought raw materials for this for 25,000 euros.

All of this stock was depleted during the first month of the war as soon as it began to receive requests for help from home defense units.

It has since made more than 500 stoves for the fighters, but also to make life more pleasant in bomb shelters and in nearby towns and villages where the gas supply had been cut off by the bombardments.

People are contributing more and more by bringing materials they find that could be used in the trenches or in the shelters.

Anton Zaïka remembers a "patriotic donor" who had walked six kilometers in the snow with a pile of electrodes weighing around 20 kg.

Others opened a fundraising page on Instagram, which allowed Anton to pay for a Suzuki XL 7 which he converted into a military vehicle and handed over to the volunteer forces.

“We added chassis protection and engine protection, we reinforced the front bumper, the radiator and the trunk and fitted the windows with metal grilles,” he explains.

"For the 4×4, we also have a metal frame to which we can attach a support for a machine gun", explains the craftsman.

To date, Anton Zaïka has converted 10 Fords, Dodges, Mitsubishis and Suzukis which are now on the front line.

"I have no intention of quitting. Winter is coming soon, so I'm sure we'll have to make more stoves," he says.

"As far as the cars are concerned, the guys come back asking for assistance, we are there to help them".

1 Lisa-Maria Kellermayr: After the suicide of an Austrian... 2 In the Iraqi Parliament, crossed destinies of demonstrators 3 Weather: New heat wave: almost 40 degrees possible... 4 Before World Cup: Is this our World Cup jersey for... 5 Formula 1: Oscar-worthy posse: Alpine team bickers... 6 TV ratings: Top rating for "Who's stealing... 7 Beyoncé: Singer also has to edit "Energy". 8 Putin's energy superpower myth – it's... 9 Execute: Germany exports more in the first half of... 10 Social Inequality: Who Does Inflation Really Affect?... 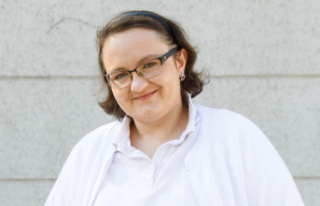 Lisa-Maria Kellermayr: After the suicide of an Austrian...