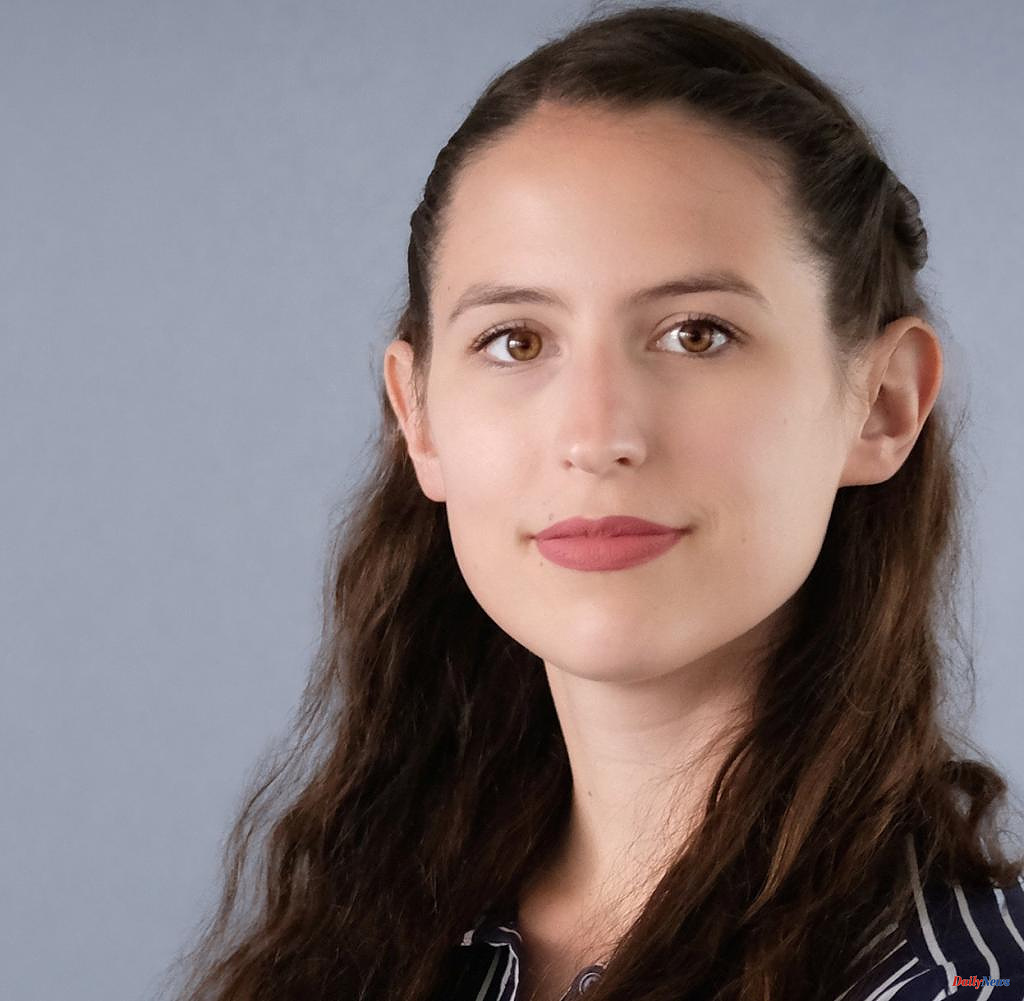 Anyone who is on Instagram, YouTube, Facebook or TikTok often comes across offers that sound tempting: from weight loss powder to lucrative investments. In our series, reporter Judith Henke takes a look at these products. What is behind it, how serious are you?

First a participant in the couple show “The Bachelor”, then a few years later moving into the “Summer House of the Stars” – and now influencer Denise Merten is apparently also a Corona expert.

At least she recommended a product on Instagram in mid-July that is supposed to reduce the risk of Covid infection: the Covidgum.

A chewing gum that is supposed to work wonders – at least when it comes to Merten: “You chew for a quarter of an hour and then have two hours full of protection, no infection and no passing on if you have it,” she enthused in her Instagram story questionable spelling. Conveniently, she also posted a link to purchase the Covidgum directly.

To be honest, I didn't discover the Instagram story, but the operator of the Twitter account "Infoluencer". She has been observing the influencer scene since the beginning of the pandemic – with concern, she writes to me.

It is okay that influencers are advertising characters. But: "They suggest closeness to us, take us into their apparent private life, share their emotions." However, the goal is often to sell a product.

Some of the images and videos uploaded by influencers that “Infoluencer” shares on Twitter are rather absurd. But others are also worrying. I still have to find out which of the two categories the advertising mail for Corona chewing gum falls into.

First I just try the Covidgum. This test is not cheap: I pay 8.95 euros for the product when I order it on Amazon. The box contains 30 chewing gums.

For comparison: I can get my favorite chewing gum brand on Amazon for 6.80 euros - but it contains 120 pieces. But they don't protect me from Corona either, at least it's not advertised with it.

In the product description of the Covidgum, I am advised to chew one or two chewing gums for 15 minutes, the protective effect then lasts for about two hours. I have to admit: The chewing gum tastes really good - and I haven't caught Corona until now. But I doubt that's because of the miracle work of Covidgum.

But surprisingly, there is a grain of truth in the promise that chewing gum can protect against Corona. I found out in a conversation with a virologist: Andreas Dotzauer, head of the laboratory for virus research at the University of Bremen.

He took a closer look at the information on the Covidgum website, where the ingredients and their effects are listed. Such as zinc. The effect of zinc on cell culture systems has been investigated and an antiviral effect has actually been found.

This effect unfolds within the cell, where zinc can inhibit the formation of viral proteins and suppress the proliferation of the virus.

The plant substance quercetin, which is also contained in chewing gum, helps to transport zinc into the cells so that it can work there.

The ingredients of the Covidgum were not put together at random. Nevertheless, Dotzauer remains suspicious. "If the ingredients are only available in small quantities, they are of little use."

In addition, Dotzauer is skeptical as to whether another effect, which is attributed to the active ingredient cinnamon on the Covidgum website, can really occur.

Because there it is said that some bioactive compounds from cinnamon could inhibit the binding of the virus to human cell receptors. But study results on this effect are mostly based on computer simulations and need to be better documented, emphasizes the virologist.

However, it is conceivable that chewing Covidgum would significantly reduce the viral load in corona-positive patients, says Dotzauer. But there is another reason for this: "Chewing gum increases the flow of saliva, so the amount of virus in the saliva is diluted," he explains.

Does that mean I would also be less contagious if I just bought my favorite chewing gum, which was much cheaper? Klaus Weckbecker, head of the Institute for General Medicine and Outpatient Health Care at the University of Witten/Herdecke, says: "The concentration of the virus is already diluted simply by the increased flow of saliva, but this has no effect on the infectivity."

As a doctor, he would not recommend such a medical product if the effect was not clearly proven. "With this product, I see a risk that people will have a false sense of security and inadvertently infect others."

But has the effect of Covidgum really not been proven? At least the website says something else: "In a case series of healing experiments with infected patients in an accredited German research facility, the exhaled air before and after chewing Covidgum for 15 minutes was examined for viral load over a period of three hours under controlled conditions."

The result: the viral load has fallen in all patients, and there is even talk of a decrease in viral load of over 90 percent. This effect lasted about two hours.

Sounds convincing – but what kind of research facility is that? I find more in a WELT article that reported on the product in early April. It is therefore the Institute for Clinical Research in Pneumology, the study was monitored by the virologist Martin Stürmer.

He is quoted in the article and says the following: "It was only a very small study with nine patients, but it was real patient data and real PCR tests."

That surprises me: Nine patients are enough to make a statement that is advertised? I'm trying to remember my statistics lectures and sure enough: I can think of a formula that I can use to calculate the appropriate sample size.

Because in research, the larger the sample, the more precise the estimate. If my calculations are correct, 68 subjects should have taken part in the study instead of nine.

Medical professor Weckbecker even says: "With such questions, the product should have been tested on at least one hundred participants."

What do you think the Covidgum manufacturer Clevergum says about the criticism of the sample size and effectiveness? I send a detailed questionnaire to the Clevergum press office, which unfortunately remains unanswered.

But on the Covidgum website, the manufacturer himself points out that Covidgum is only an additional measure to the known hygiene measures and would not replace vaccination.

But he could “help to curb the spread of infections via aerosols.” At first, that sounds like rather cautious advertising promises.

But that was not always so. Because a screenshot that I have shows: The text on the website that describes the Covidgum and its effects has been slightly modified. The words Covid and Corona appeared much more frequently before.

Could this be because the Covidgum manufacturer was in trouble? For example, from the North Rhine-Westphalia consumer center, which claims to have warned several statements? The manufacturer has not issued a cease-and-desist declaration, according to the consumer center website. However, the statements can no longer be found.

I'm interested in why the North Rhine-Westphalia consumer advice center has objected to some advertising claims, I'll ask. The answer: It was a violation of paragraph 12 paragraph 1 number 2 of the Medicines Advertising Act.

Because it stipulates that advertising for medical devices must not refer to the detection, prevention, elimination or alleviation of certain diseases, all of which are listed in an annex to the law. These include diseases that are notifiable under the Infection Protection Act, including corona.

The advertising on the Covidgum website should now be in compliance with competition law – but what about the Instagram story that influencer Denise Merten posted? After all, she writes there of full protection, no infection and no transmission.

I ask at the central competition office and the lawyer Christiane Köber replies. Their assessment: "You could demand a cease and desist from the influencer."

Because the advertising is misleading according to paragraph three of the Medicines Advertising Act, since the impression is wrongly given that success can be expected with certainty.

Is Denise Merten aware of this? I write an email that I send to her and her agency. On Thursday evening I get a call from the agency. Merten doesn't want to make a statement and she doesn't really like that her chewing gum posting is reported.

That was not an official advertising cooperation. About two hours after uploading the Instagram story, Merten deleted it because she didn't want to comment politically. 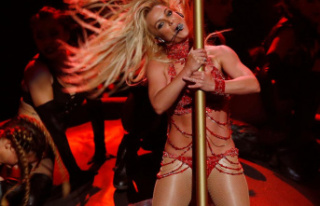