Make-up, shirts, stockings in rainbow colors: Everywhere in Hamburg, the colorful flag played a role as part of the Christopher Street Day demo. 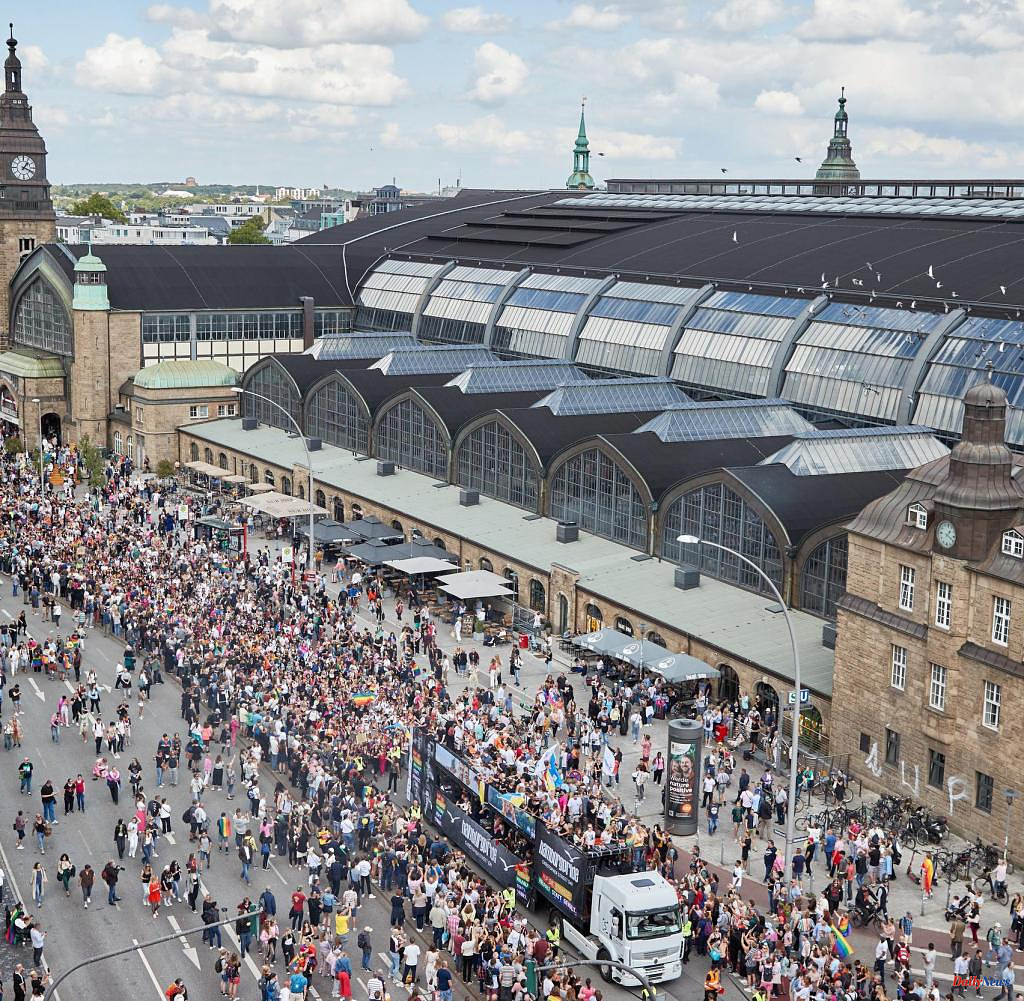 Make-up, shirts, stockings in rainbow colors: Everywhere in Hamburg, the colorful flag played a role as part of the Christopher Street Day demo. With its six colorful stripes, it is considered a symbol of the queer community. After two years with pandemic-related restrictions, around 250,000 people moved through the Hanseatic city on Saturday, according to the organizers. As of this evening, the police had not released any information about the involvement. "We are super satisfied and indescribably happy," said the spokesman for the organizing association Hamburg Pride, Manuel Opitz.

The need of the people to take to the streets again and speak out loud for diversity, tolerance and acceptance was huge. Sun and 20 degrees ensured a relaxed atmosphere. Many of the participants wore elaborate costumes and quirky wigs. Protest signs read slogans like "Gay okay" and "Homophobia sucks".

More groups signed up than ever before. A total of 82 groups, including clubs such as FC St. Pauli and political parties, marched around four kilometers through downtown Hamburg. Part of the demo train were also 30 trucks, on which DJs played, who not only made the party-goers on the wagons but also passers-by on the side of the road dance with their music.

The starting point was the long line in the district of St. Georg, the end point was the Jungfernstieg. To show solidarity, some shops and residents along the route hung rainbow flags and colorful balloons on windows and balconies.

The demonstration was opened with a loud bang by Hamburg Mayor Peter Tschentscher (SPD), the Deputy Mayor Katharina Fegebank (Greens) and the Queer Commissioner of the Federal Government, Sven Lehmann (Greens), with a loud bang: they shot colorful and glittering paper snippets with confetti cannons in the air. “Together we are committed to ensuring that nobody is disadvantaged because of their sexual orientation or gender identity. That applies in Hamburg on Christopher Street Day and all other 364 days of the year,” said Tschentscher.

"We've come a long way in the fight for equal rights and acceptance, but still not far enough," said Lehmann. That's why this year's motto of the CSD parade is important. It read: "On the road! Diversity instead of violence”. “Every day there are at least three attacks against queer people, the number of unreported cases is significantly higher. It makes me sad and angry," the queer officer said.

"Even in Hamburg, the queer community cannot always feel safe on the open street and we are not prepared to accept this development," said the co-chairs of the Hamburg Pride association, Nicole Schaening and Christoph Kahrmann. That is why politicians are demanding more measures to protect the community from hate and violence.

For the CSD finale, the events after the demonstration should shift to the St. Pauli district. According to the organizers, the Pink Pauli Festival is the biggest CSD closing party that has ever been held in Hamburg. In a total of 15 locations on the Reeperbahn, there should be celebrations late into the night, for example with drag queen Olivia Jones.

Christopher Street Day is celebrated worldwide. The movement dates back to events in June 1969 when New York police officers stormed a bar on Christopher Street, sparking a gay, lesbian and trans riot. 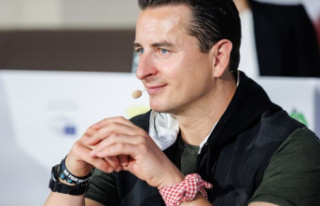