Where the once richest man on the Baltic Sea lived

A strange monster dangles from the glass ceiling in the foyer. 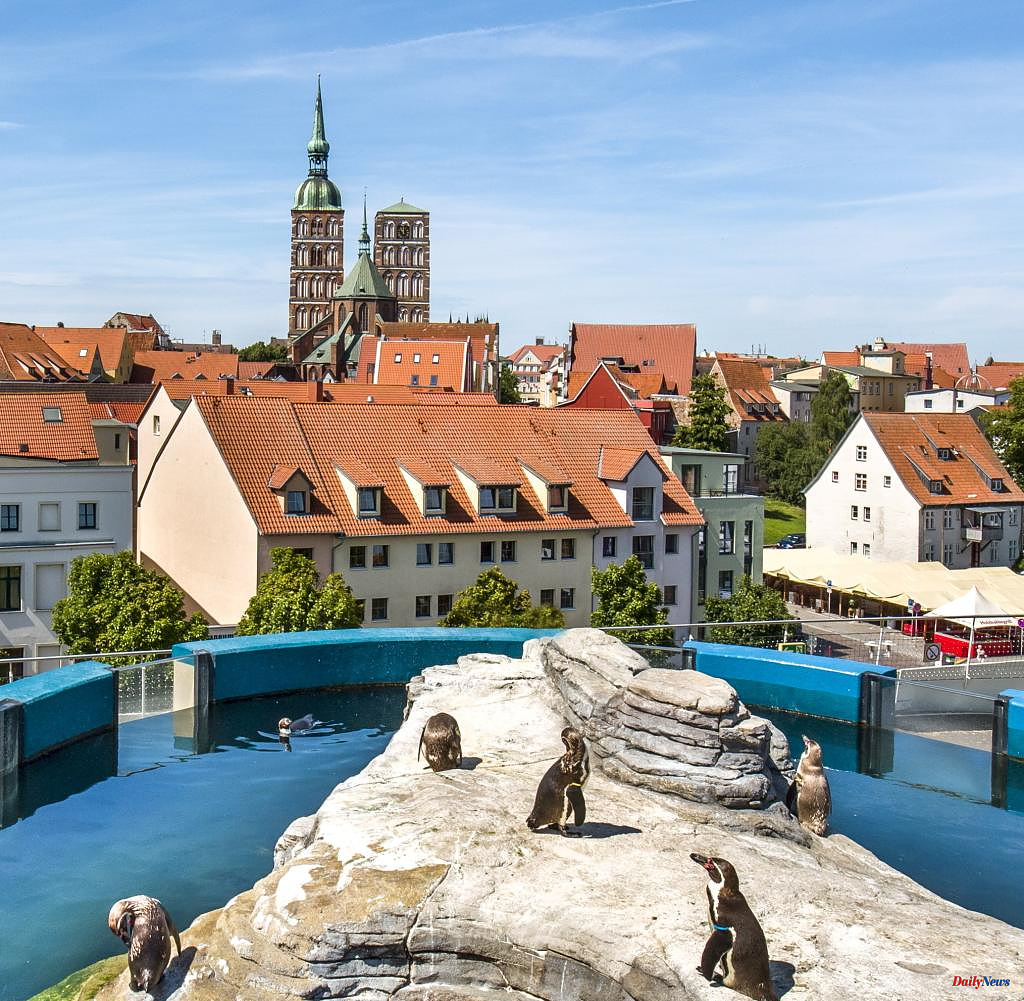 A strange monster dangles from the glass ceiling in the foyer. 7.50 meters long and weighs a hundred kilos. With a red dorsal fin resembling a horse's mane. And littered with 550,000 warts that model builders applied to the blue-silver skin by hand.

This strange creature is an oarfish, rarely seen in its underwater kingdom. Therefore, the original-size replica alone is an eye-catcher in the Ozeaneum at the port, whose futuristic buildings symbolize stones washed by the sea and contrast bright white with the brick front of the historic warehouses.

That says a lot about Stralsund - about its architectural contrasts, about the maritime orientation of the museums. 20 years ago, in 2002, Unesco added its old town (along with that of Wismar) to the World Heritage List as a prime example of medieval Hanseatic towns. Just one reason to take a closer look.

The Ozeaneum was Europe's Museum of the Year 2010. Of course, the oarfish does not have exclusive exotic status here. There are 45 aquariums alone, where residents of the North Sea, Baltic Sea and polar sea cavort - the rare herring king, for example, which can set up its dorsal fin in a jagged crown, or seahorses, for which the seasons are even simulated, or cold-water corals from a depth of 350 meters.

The centerpiece with a capacity of 2.6 million liters and an eleven meter long replica of a shipwreck as an eye-catcher is the “Open Atlantic” pool. Here rays float through the water, mackerel sway in swarms, the large nurse sharks “Anna” and “Anton” lurk at the bottom of the pool.

One of the four buildings is dedicated to the giants of the sea: life-size models of whales hang in the room, sound installations simulate the singing of the marine mammals. And ten Humboldt penguins romp around on the roof. From your exclusive box seat, the view sweeps over Stralsund's greatest treasure: the historic old town.

It is almost completely surrounded by water, which once protected against attackers, and today is a blue belt lined with green areas around the city center from Hanseatic and Swedish times. On the land side, the churches, towers, bastions and walls are reflected in the Knieper and Franken ponds. The port, which is criss-crossed by canals, opens towards the Strelasund estuary. In the city center there are important buildings of the North German Brick Gothic style in a very small space.

A prime example is the town hall on the Alter Markt with its six-gabled facade that seems to merge with the twin towers of St. Nikolai. The Wulflamhaus from 1380 greets you diagonally opposite. Mayor Bertram Wulflam, who was considered the wealthiest man on the Baltic Sea at the time, lived here. He came from a family of cloth merchants and, after taking over the family business, quickly became very wealthy.

He put this on display in the form of the magnificent facade of his house, which stands out with its stepped gables and four pillar towers and is one of the most important surviving private residences of the brick Gothic style in northern Germany. Stralsund owes one of its most magnificent World Heritage buildings to the vanity of the former mayor. If you want to visit it, it's best to reserve in the "Wulflamstuben" on the ground floor, where middle-class cuisine with a Nordic touch is served.

On the Neuer Markt, on the other hand, St. Marien rises into the sky like a defiant castle of God. And as the third church in the group, the Kulturkirche St. Jakobi has been watching over the city walls and gabled houses from a lofty height for centuries.

Incidentally, the three "Red Giants", as the brick Gothic churches are called, not only tempt you to stop into their ribbed vaulted naves; With the Buchholz organ, Stellwagen organ and Jakobi organ, they also have world-class instruments that regularly let their powerful voices be heard in praise of God.

Stralsund is not only attractive because of its obvious splendor - in whose shadow stands the Art Nouveau theater from 1916 on Olof-Palme-Platz. There is also Hackert's wallpaper hall in the world heritage exhibition next to the town hall with six painstakingly restored wall paintings from 1763, a great example of baroque room decoration.

On the Dänholm you dive into Prussian history in the Naval Museum. The small island in the Strelasund in front of the city gates is considered the birthplace of the Prussian Navy. The main building, the Stralsund Museum, is currently closed for renovations. Normally, the Hiddensee gold treasure can be admired here, a filigree jewelery made of 16 pieces that was made in the year 950 for the Viking king Harald Bluetooth.

Another tip: the playing card factory on Katharinenberg. At the historic location – Stralsund was a stronghold of German playing card production until 1931 – there are six still working old printing machines in a museum workshop, where visitors can see how playing cards were produced back then.

Workshops and intensive courses are also held on many weekends: for typography and book printing, for printmaking and bookbinding, for making paper and for designing and producing your own skat cards. The Hanseatic city also has history in store for gamers.

Arrival: By car via the A20 (exit Stralsund); by train by ICE, IC or RE. From July 15th to August 19th, the Urlaubs-Express runs overnight from Munich to Binz every Friday – via Hanover, Hamburg, Schwerin, Rostock and Stralsund.

Accommodation: The “Romantik Hotel Scheelehof” is spread over five historic buildings from different centuries in the old town, including breakfast, overnight stays in a double room cost from 144 euros; The “Hotel Hafenresidenz” is right on the Strelasund promenade, double rooms with breakfast from 123.50 euros; The “Pension Altstadt-Mönch” is a one-minute walk from the Stralsund town hall, double rooms with breakfast from 73 euros

Museums: Adults pay 17 euros for the Ozeaneum, children aged 4 to 16 pay 8 euros. If a child is accompanied by an adult family member, it pays one euro less. The German Maritime Museum in the Katharinenkloster is currently being renovated and is expected to be closed until 2024. The Dänholm Marine Museum can be reached via the Rügendamm, admission 6 euros, reduced 3 euros.

World Heritage celebrations: This year, the Hanseatic cities of Stralsund and Wismar are celebrating 20 years of World Heritage – with concerts, readings, exhibitions as well as theater and film performances. The anniversary program can be found at wismar-stralsund.de.

Participation in the trip was supported by the Tourist Office in Stralsund and the Oceanographic Museum/Ozeaneum. You can find our standards of transparency and journalistic independence at axelspringer.com/de/Werte/downloads.

1 Discrimination in hiring: the "name and shame"... 2 Hamburg's mayor is in favor of more targeted... 3 Work: 32,000 training courses already validated via... 4 “We are assuming a good apple harvest” 5 There is no moral obligation to think women's... 6 This is how we strengthen the European pillar in NATO 7 From George Clooney to Frédéric Beigbeder... these... 8 5 organic spirits to offer 9 In Milan, La Scala orchestras sa mue 10 Coronavirus: how Corona beer suffers from its association... 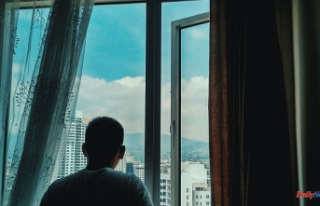 Discrimination in hiring: the "name and shame"...