Nancy Faeser wants to reinterpret a German concept of the heart from the cabinet table. 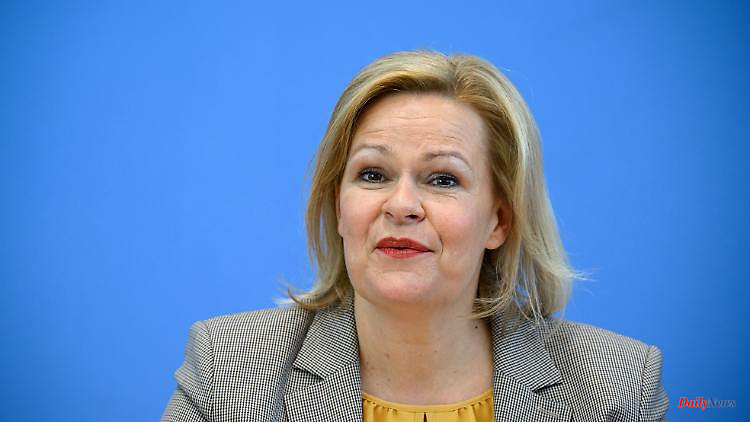 Nancy Faeser wants to reinterpret a German concept of the heart from the cabinet table. There really couldn't be a more disastrous time for this idea.

Remember the last conversation about home? If you - like me - are a so-called "potato", "organic German", very local, however you want to express it, then probably not. On the other hand, if you can show a little migration, you probably understand "Heimat" better - in the book "Herkunft" Sasa Stanisic calls his dentist "Dr. Heimat", who helps him in Germany.

In any case, Nancy Faeser, the SPD minister responsible for homeland, is to blame for the fresh debate on homeland. She recently said in a "Zeit" debate that the term homeland had to be "reinterpreted". At the same time, she hoisted the rainbow flag at the ministry. Flags, always tricky: A Green Party politician told me recently that he was causing offense in his own party by saying that he was in favor of showing the German flag.

Understandably, Faeser's reinterpretation idea caused outrage, especially in the conservative spectrum: Reinterpreting the innermost being with a finger pointing from above could suit the social democrat! Franz Josef Wagner wrote in "Bild" that he didn't need any reinterpretation: "Home is my childhood in my parents' vegetable garden. Catching fireflies, lying on your back in the grass, looking at the clouds in the sky."

Now, encroachment has become a kind of brand essence of Faeser: recently she wanted to close a communication space with Telegram without a legal basis, simply because she felt like it. However, the minister is definitely responsible for home by virtue of the government organizational chart - but what does that actually mean?

I admire "Post von Wagner" quite unironically, but then the fireflies are misleading: home doesn't mean comfort - or as Max Frisch says, home is "not defined by comfort". For some, like the writer Max Czollek, "Heimat" has ethnic connotations and the return of the term is a work of the "right".

We have Horst Seehofer to thank for the fact that we have a homeland ministry. The CSU politician gave it to his 70th birthday. Giving yourself birthday presents is a Seehofer quirk, sometimes it's a new ministry, before it was the deportation of 69 refugees. You and I may settle for a marble cake, but we are not ministers either.

As is well known, the high society liked to laugh at Seehofer, for example for his model railway in the basement, for his panting laughter, but after his guest contributions on the subject of home hardly anyone laughed. The CSU patriarch had recognized something important and put it in a nutshell: many people feel left behind. Of all. At the time, this feeling of being left behind revolved around globalization, migration and economic success. And Seehofer didn't want to oppose that in a beer-tented German way, but rather structural politics.

Seehofer's approach has become even more topical since the cool wind of inflation has been blowing through the country and the present is only played in the minor key. Not only economic prospects, but also the catastrophes of the last two years give many people the feeling that we are all being brutally repotted.

We have seen the pandemic shake faith in community and state. We have seen how supposedly self-evident freedoms crumble and the executive at its peak even wanted to regulate reading on a bench. We discuss self-propelled howitzers and nuclear strikes, the civil protection warns us to finally stock up and because of the looming energy crisis, beer bottles are running out - beer, there's home in it too.

The feeling of economic prosperity is part of the feeling of home for many Germans, and the country even survived the financial and euro crisis quite well. But now Ukrainian refugees are telling us how archaic paper-managed Germany seems to them. The refueling and thus the car, also such a mobile home, are becoming more and more expensive and inflation is eating into the old-age provision.

Home also means belonging and a sense of community. Meanwhile, news anchors are relentlessly banging their heads for gender justice, and the last (internet) debate about the correct name for a condiment was not that long ago. A deputy complains that he cannot find an apartment in the capital for his salary of around 10,000 euros a month, while news magazines report on the front page that the dream of owning a home has been dashed. It's no coincidence that the word "home" contains the syllable.

So if home has anything to do with familiarity and cultural community, it's in pretty deep trouble. Something has been brewing for years and the way too loud a repetition of Russian propaganda on talk shows and comment columns is also a sign of it. "Putin is the patron of an authoritarian restoration movement of people who believe that what actually belongs to them has been taken away from them," Werner Schulz said in an interview about the disturbing popularity the warlord enjoys in the east of the country. Many would have suspected imperialism in the West, in "colonization," not in Russia.

The traffic light wants to "dare more progress". It does well if it does not advance its own population. Is now really the right time for an SPD minister from the cabinet table to lend a hand to the last thing some people still think they have: their homeland? Is it possible to proclaim a "turning point" too much?

Former Chancellor Gerhard Schröder, who had just fallen out of collective favour, had a good sense of what "home" means. "Get me a bottle of beer, otherwise I'll go on strike here" said the godfather of joviality, the saying was set to music and even won the "Golden Record". That may not have helped with his tough Hartz IV course, which was unforgivable in the SPD, and today not with his loyalty to Putin, which has not been forgiven by anyone, but it shows the talent for making a connection between "those up there" and "those down there": They drink beer together.

But, of course, Olaf Scholz is not Schröder and the year 2000 is not the year 2022. And, as I said, the beer bottles are getting scarce anyway. 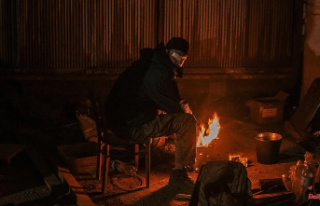