With Brandt, but without Bahr: Klingbeil expects a lot from the SPD

Lars Klingbeil says that Putin's war against Ukraine heralds a new era, like the end of the Cold War or 9/11. 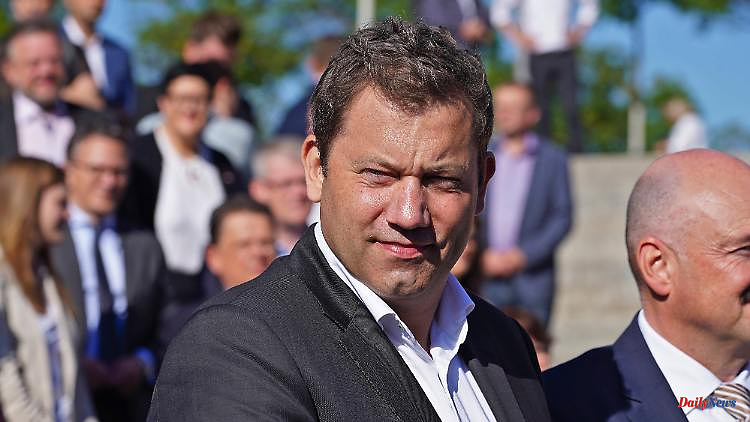 Lars Klingbeil says that Putin's war against Ukraine heralds a new era, like the end of the Cold War or 9/11. At a conference on the "turning point of the era," the SPD leader in Germany is preparing for a new role in the world - and is also demanding a lot from his party.

Around four months after the start of the Russian war of aggression against Ukraine, the term "turning point" coined by Chancellor Olaf Scholz is still quite intangible. What will follow for Germany from this upheaval in the international order, beyond the upgrading of the Bundeswehr with the help of the 100 billion euro special fund? The co-chairman of the SPD, Lars Klingbeil, is making an attempt this Tuesday at the "Tiergarten Conference" of the SPD-affiliated Friedrich-Ebert-Foundation to feel his way into the coming years and decades full of uncertainties - and demands both from Germany and also from his SPD a break with some certainties of the past. This applies to thinking in German interests in foreign and security policy, Germany's role in Europe and the world, and the relationship between the Germans and their army.

Germany and Europe have a few years of ambiguity and uncertainty ahead of them as far as the future world order is concerned, says Klingbeil. February 24, the day of the Russian attack, is comparable to the end of the Cold War in 1989/1990 or September 11, 2001: The only thing that is certain is that nothing will be like it was before the biggest war on European soil since was the Second World War. "We have settled comfortably into this world," says Klingbeil, referring to the widespread belief "that in the end our political model would prevail." Germany must say goodbye both to the assumption that the democratic and free social model will triumph and to the expected permanence of the rule-based state order, and draw strategic conclusions from this.

In a world without the classic poles of East and West, dynamic centers of power developed in which states had to be won over and won over - just as Russia had successfully done in parts of Latin America and Africa. "We need new strategic alliances based on economic interests and political orientation," says Klingbeil.

It's a paradox: Klingbeil advocates more alignment with German interests in foreign policy, but at the same time calls for more consistency in ethical issues. "It's always a question of how deep our cooperation goes and when our principles and values ​​could be violated by such cooperation," says the SPD leader. It is clear "that change through rapprochement must never turn into change through trade," he says, dismissing one of the guidelines of past federal governments.

Another sentence that has not been heard from the ranks of the SPD in recent years: "Germany must claim to be a leading power." Many partner countries expected that, but it will demand tough political and financial decisions from the Federal Republic, says Klingbeil. Like most actors in Germany, the SPD has neglected national and alliance defense. The leading role is only partly military, but above all political: "As a leading power, Germany must massively promote a sovereign Europe," says Klingbeil.

German leadership should be cooperative, not wide-legged or ruthless. In practice, this does not make governing in Germany any easier: having to have a say everywhere, to co-finance and also to protect militarily means an effort that is often difficult to convey to voters because advantages and successes only materialize in the medium term at best. It can be doubted that Scholz and his traffic light coalition are cheering about the growing specifications. But ducking is not an option.

And even if Klingbeil doesn't just mean the SPD, he gives his party another insight: "We made mistakes in dealing with our Eastern and Central European partners." The sentence is a response to the accusation of lack of empathy towards Eastern Europe, which several experts had leveled against the SPD. Klingbeil says there needs to be more dialogue and a willingness to take these countries' security concerns and concerns seriously. In addition to the SPD, only the CDU and CSU have a comparably high political stake in Germany making itself so dependent on Russian raw materials, while numerous politicians in Eastern Europe had warned about the Nord Stream 2 pipeline, for example.

What will challenge the SPD more than the Union is Klingbeil's call for "a different social approach to the Bundeswehr." The soldier's son, who grew up in the Munster army base, has long been in favor of holding more public oaths or farewell appeals before foreign missions, for example. Soldiers should also be allowed to perform more in schools. It will be exciting to see whether, in the future, SPD mayors in the big cities that are more remote from the army will also get involved in having members of the Bundeswehr in uniform speak at schools.

An assessment by peace politicians such as the parliamentary group leader Rolf Mützenich or the member of the Bundestag Ralf Stegner is still pending. In the spring, both had criticized the "militarization" of public discourse. "For me, peace policy means seeing military force as a legitimate political tool," says Klingbeil. For large parts of the SPD, this sentence should be an impertinence. As early as February 27, when Scholz announced the 100 billion program, many social democratic MPs seemed downright distraught. The debate that Klingbeil is calling for could continue to make waves in the SPD.

However, Klingbeil believes that military skepticism and Russia-friendliness are part of the social-democratic DNA. "Brandt and Schmidt have understood that you can only stand up for peace and human rights on your own strength," he says of the former SPD chancellors. Klingbeil fails to mention the architect of SPD Ostpolitik, Egon Bahr, who was so often praised by Social Democrats until recently. This now stands too much for a way of thinking in which it was accepted that great powers like Russia can handle small countries like Poland as assets.

The turning point marks what is yesterday and what is future. The widespread ignorance in German politics towards Eastern Europe is almost certainly history. On the other hand, the future foreign and defense policy of Germany and the SPD has not yet been spelled out. It could also be discussed whether the world really changed so abruptly on February 24, as described by Klingbeil, or whether some of the German lies after Putin's long-prepared invasion of a sovereign state could simply no longer be maintained.

1 "Hard but fair" on holiday chaos: "It... 2 A lot of criticism, hardly any ideas of your own:... 3 Allegations against airlines: Flight chaos makes the... 4 Holocake 2 vs Apple Glasses?: Meta reveals super slim... 5 Summer vacation is just around the corner: These nine... 6 Summer in Europe: Which corona rules apply in the... 7 Cleaning with goods test: five toothpastes are "very... 8 100 euros in July: when is the child bonus on the... 9 32 times Classic-Zisch in the test: The best mineral... 10 Short of cash: Should you lend money to the family? 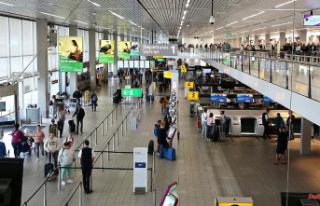